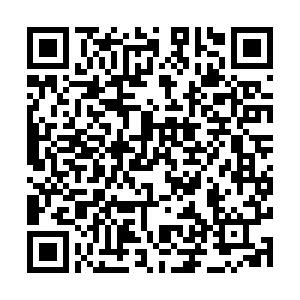 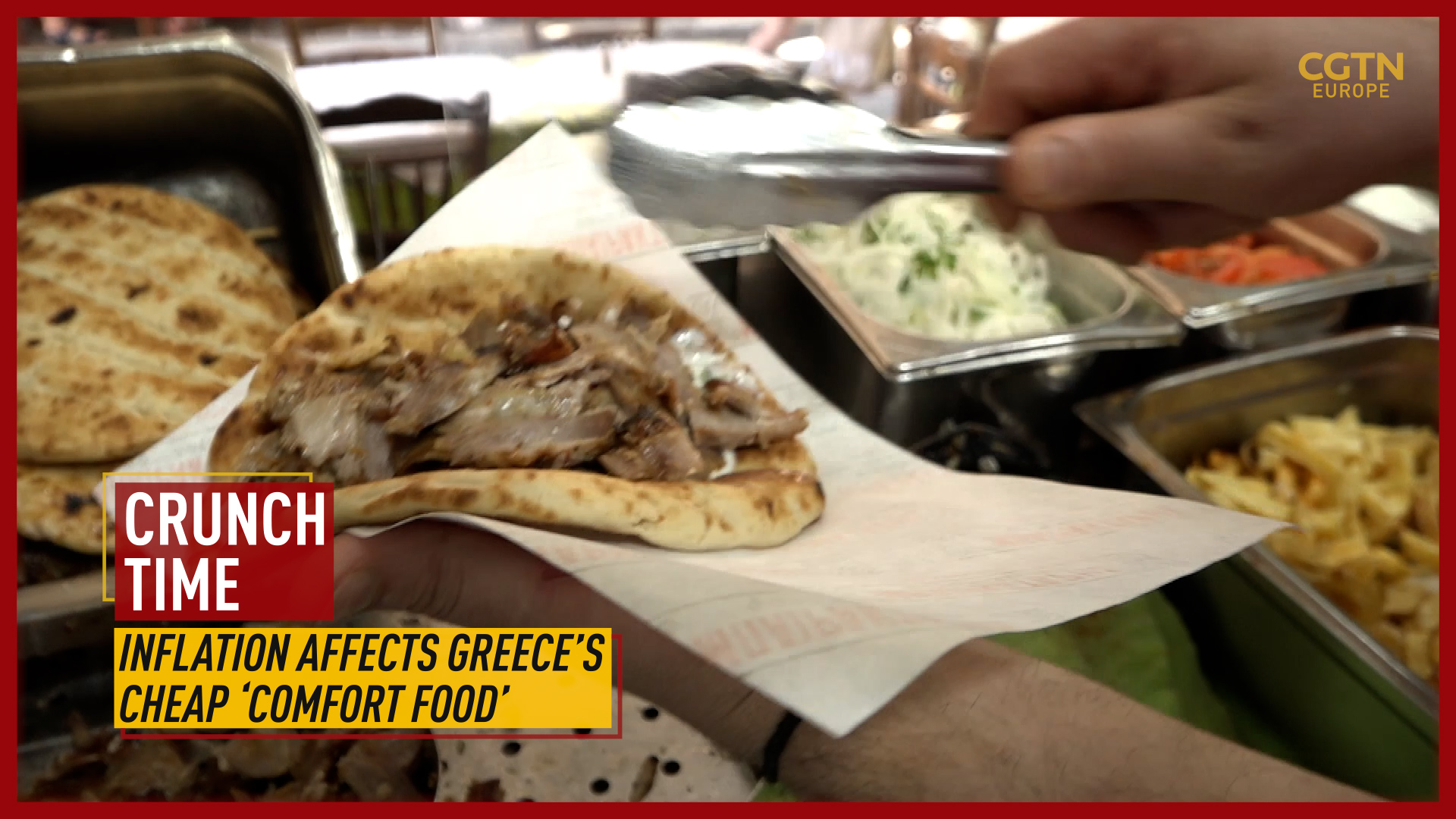 The classic meal of grilled meat wrapped in flatbread with salad, garlic yogurt and fries is called gyros or souvlaki. This mouthwatering sandwich is usually a meal on the go, tasty and cheap, but the impact of inflation is causing the price of this signature snack to soar.

"I bought this for three euros 50 [$3.56]. It's really expensive for this kind of food," disappointed buyer Aris told CGTN Europe. "It's not comparable with last year that we were buying for a euro cheaper. The increase is crazy.

"It's a fast food, street food, something you eat on the go and it shouldn't be this expensive, especially with our country's economy and financial difficulties people are going through at the moment – I don't think it's fair."

While many Greeks are struggling to keep up with the rising prices of everyday items, they may turn to souvlaki or gyros as a solution for a cheap meal. However, the popular street food is feeling the heat of inflation. Souvlaki prices have spiked as Greece's inflation hits a 28-year high.

Last year, souvlaki in Athens would only set you back around $2, making it one of the cheapest fast foods in the city. Now you'll be lucky if you get it for $3.50. It may only be a dollar or so difference, but for many, that's a big deal.

Although the minimum wage increased this May to 713 euros [$726] a month, a 7.5 percent jump, the prices of the gyros' main ingredients – meat, vegetables and sunflower oil, along with energy costs – have gone up sharply too.

That's why most restaurant owners have been forced to ratchet up their prices. 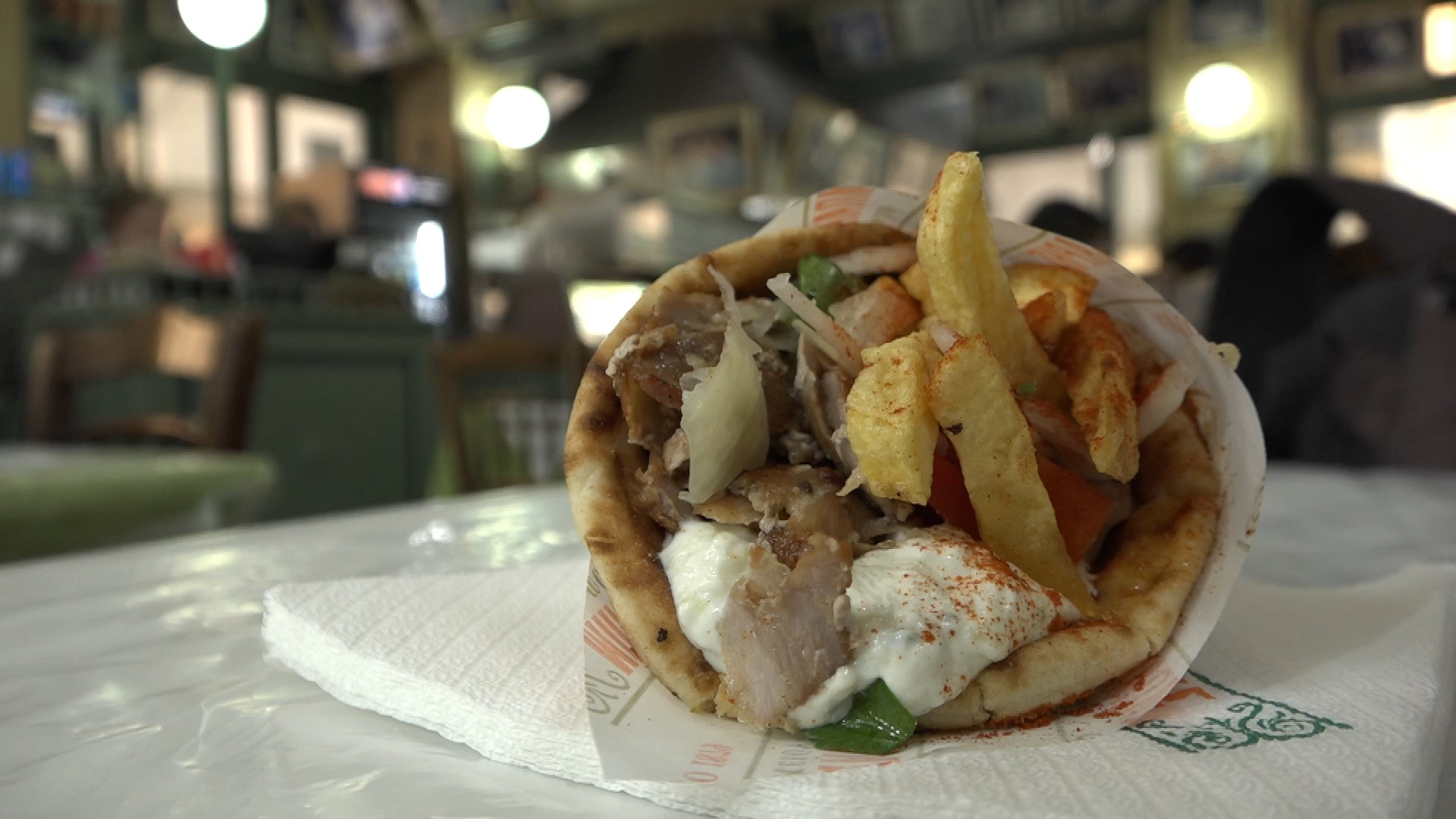 The humble street food is now too expensive for some customers – or food producers. /CGTN

The humble street food is now too expensive for some customers – or food producers. /CGTN

"When prices of ingredients have increased almost 70 and 80 percent, you either increase prices as well to the point that the customer can pay for it, or you drop the quality," says Antonis Kalamaras, the manager at Thanasis Restaurant.

"Because we have been here for many years and many know us, we had no other choice but to jack up the prices, it's the only way we can survive."

For many, souvlaki is associated with comfort food, something cheap that you can have for lunch, dinner or even after a long night out. Despite food costs rising 30 percent since last year, some owners refuse to put the pressure on customers.

"I know that all products have increased in price, from our ingredients to the electricity and gas that keeps these machines running," says Spyros Bairaktaris of Bairaktaris Traditional Souvlaki. "But me, as Spyros, I prefer to have less profit than have my customers paying more."

After a decade-long financial crisis and just coming out of the pandemic, restaurant owners are worried that if inflation continues to grow, disrupting food supply chains, higher prices could leave a bad taste in their customers' mouths.