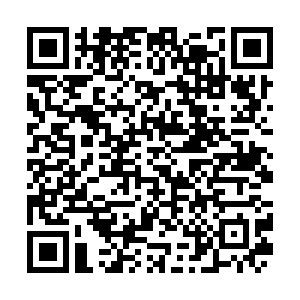 With the beginning of the new football season days away, fans are struggling to get hold of their club's kits, as supplies are hit by factory shutdowns in Asia due to COVID-19.

Some clubs won't be able to get their new kit on sale before the Championship kicks off this week or before the Premier League, beginning August 5th. From the ninety-two clubs in the top four leagues, only forty-four teams have both kits available for sale on their website, leaving many fans disappointed and kit-less ahead of the season.

Kieran Maguire, Lecturer in Football Finance at the University of Liverpool told CGTN, "What we have seen is that the major producers of football kit which are based in China, Thailand and Vietnam have experienced factory closures as a result of Covid."

Countries in southeastern Asia remain on high alert against Coronavirus, with governments implementing a strict zero-tolerance policy for COVID-19 infections. But it’s not just the pandemic that has caused disruptions.

"There have been further issues in the receipt of global logistics and supply chain issues, with unusual demand for some products meaning that football shirts in particular have fallen down the priority list as far as shipping companies are concerned."

A delay in selling new kit would see manufacturers bearing the brunt of the disruption, with the financial impact on the most elite clubs being generally quite low.

As Maguire explains, "A club like Manchester United has a ten year contract with Adidas, which is worth just under $1billion. The clubs get a very large flat fee from the manufacturers each year and on top of that a small commission, with a club like United getting 7 percent per unit sold.

"This means that the clubs, especially the elite, are quite insulated from any downturn in the volume of sales. The real strugglers will be the kit manufacturers, because they’ve effectively paid an advance to the clubs and they're reliant on the sales of the kit to recoup that money."

But in a football-loving nationfans are at the very heart of what makes the sport, and millions love to display the devotion to their team by wearing its strip.

"Given the close attachment that many football fans have to their clubs it is always surprising to see the level of drops in sales, even in this case,"  says Maguire.

But with an average footy tee costing upwards of £70 ($84), are club kits a thing of the past or a soon-to-be retired token of fandom and support?

Shirt sales have been rising year on year, so news that many clubs won't be able to sell kit for the new season is likely to be a massive disappointment for many fans.

Cover photo: A fan of Manchester United wearing a Cristiano Ronaldo shirt ahead of the friendly match between Liverpool and Manchester United at Rajamangala Stadium on July 12, 2022 in Bangkok, Thailand.  Matthew Ashton/AMA/Getty Images)