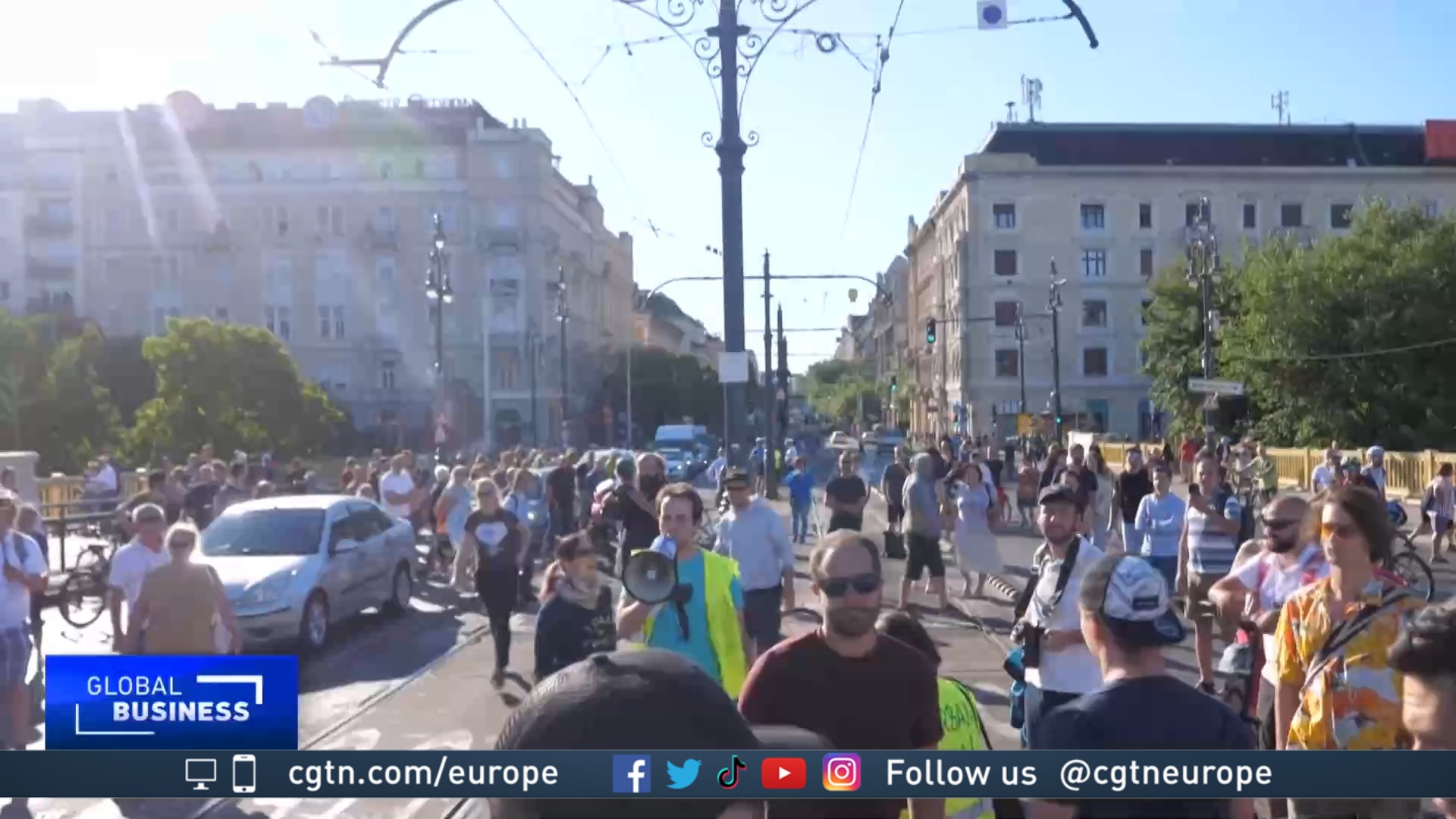 For several hours on Monday, food couriers in Budapest stopped taking orders – instead taking to the streets.

It's the second week in a row food delivery workers have protested, amid growing anger over tax changes for small businesses and the self-employed. They shut down the central Margaret Bridge for hours during Monday's rush hour, leading to five people being briefly detained by police.

One of the food couriers leading today's march says the government is squeezing out every cent it can from low earners, to give to the wealthy.

He told CGTN that is why they are not going to give up.

Hungarian police dispersed protesters, at times using stun guns and force, and at least five people were briefly detained on Margaret Bridge for blocking traffic, bringing the total of arrests this week to more than 50.

The new tax rules will take effect in September after the government said the current tax system was abused by some businesses to cut down on their own costs.

The new regulations are not the only issue bringing criticism to the government. A price cap on electricity and natural gas for households is due to be scrapped or cut significantly in August, which could lead to a major hike in utility bills for households.

A perfect storm is underway in the country as inflation has reached its highest level in 20 years and the forint, Hungary's currency, has plunged to record lows.

As the economy worsens, other cities are also voicing their discontent and many other protests are starting to take place in other Hungarian towns.