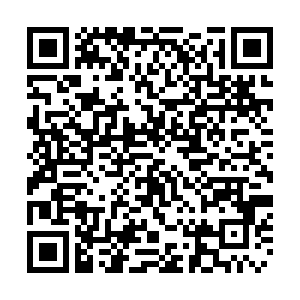 The sole surviving member of a terror cell that killed 130 people in Paris in November 2015 was handed a whole-life sentence, concluding a trial that aimed to draw a line under the worst peacetime atrocity in modern French history.

Salah Abdeslam, a 32-year-old Frenchman of Moroccan origin, was captured by police four months after the bloodbath at the Bataclan concert hall and other locations.

His sentence, the toughest possible, was read out by the head of a five-judge panel overseeing the trial of 20 men accused of involvement in the so-called Islamic State's (IS) assault on the capital.

Wearing a khaki-colored polo shirt, he stood motionless and showed no emotion as he was declared guilty and sentenced by chief judge Louis Peries during an hour-long speech.

"The sentences are quite heavy," one tearful survivor, Sophie, told AFP as she left the court in central Paris. "I feel a lot of relief. Ten months of hearings - it's helped us to rebuild."

The trial has been the biggest in modern French history, the culmination of a six-year international investigation whose findings run to more than a million pages.

The other 19 suspects, accused of either plotting or offering logistical support, were also found guilty, with their sentences ranging from two years to life in prison.

All the attackers except for Abdeslam blew themselves up or were killed by police during or after the assault.

Hundreds of victims and witnesses packed out the benches of the specially constructed courtroom as the sentences were read out.

"My first reaction is that we have the feeling of turning a page after the verdicts," Gerard Chemla, a lawyer representing victims at the trial, told reporters.

Abdeslam had begun his appearances last September by defiantly declaring himself as an "Islamic State fighter" but finished tearfully apologizing to victims and asking for leniency.

In his final statement, he urged the judges not to give him a full-life term, emphasizing that he had not killed anyone.

His lawyers had also argued against the whole-life sentence, which prosecutors had demanded.

It offers only a small chance of parole after 30 years and has been pronounced only four times previously since being created in 1994.

Abdeslam, a one-time pot-smoking lover of parties, discarded his suicide belt on the night of the attack and fled back to his hometown, Brussels, where many of the extremists lived.

He told the court that he had had a change of heart and decided not to kill people.

"I changed my mind out of humanity, not out of fear," he insisted.

But after hearing that his suicide belt was defective, the judges concluded that this "cast serious doubt" on his apparent "renunciation."

They ruled he was a "co-author" of the attacks, which "constituted  a single crime scene." A team of 10 jihadists laid siege to the French capital, attacking the national sports stadium, bars, and the Bataclan in an assault immediately claimed from Syria by the IS group.

The attacks shocked France, with the choice of targets and the manner of the violence seemingly designed to inflict maximum fear, just ten months after a separate assault on the offices of the Charlie Hebdo magazine.

The huge loss of life marked the start of a gruesome and violent period in Europe as IS ramped up attacks across the continent.

Under President Francois Hollande, France declared the country "at war" with the extremists and their self-proclaimed caliphate in Syria and Iraq.

Hollande, who testified in November, called the trial "exceptional" and "exemplary," adding in a statement that the accused had been "judged with respect for the law."

The 10-month process had "enabled us to look for the truth in order to better understand the course of Islamist terrorism," he said.