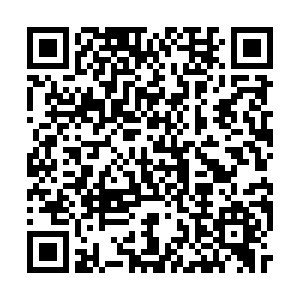 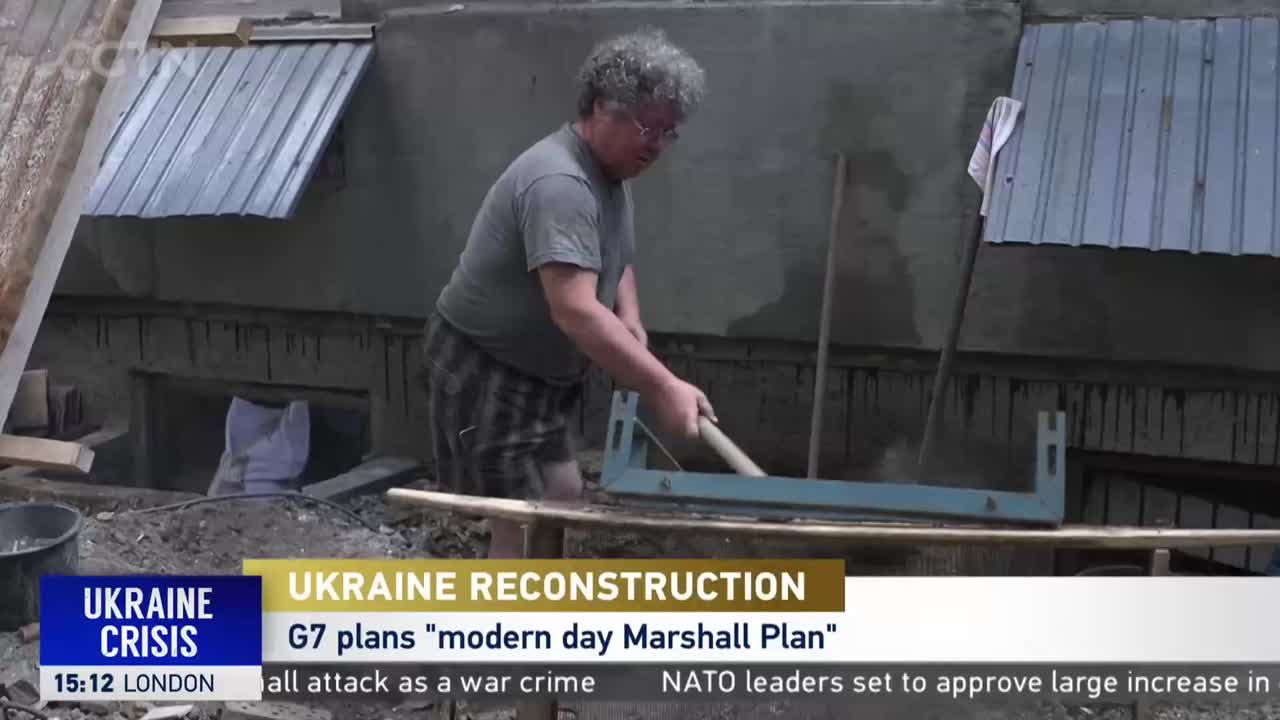 While fighting continues in Ukraine, talk has already begun on what it will take to rebuild the country after the conflict eventually ends.

With the destruction caused by Russian bombing campaigns immense, the cost of reconstruction will be enormous.

When CGTN Europe first visited him back then Gumenyuk was sifting through the rubble of his home, and removing shrapnel.

Gumenyuk now lives in the two least damaged rooms on the ground floor, using plastic sheets over those windows that weren't totally destroyed. The top floor is completely wrecked.

He's converted one room downstairs for his bedroom but there are holes in the ceiling which let in water whenever it rains.

There's a makeshift kitchen but the bathroom and toilet are irreparable. Yet Gumenyuk is determined to rebuild.

"I've already drawn up plans for the roof," he told CGTN. "I've bought all the materials and friends helped me unload it. I'm just hoping to get the roof covered this summer before winter sets in." 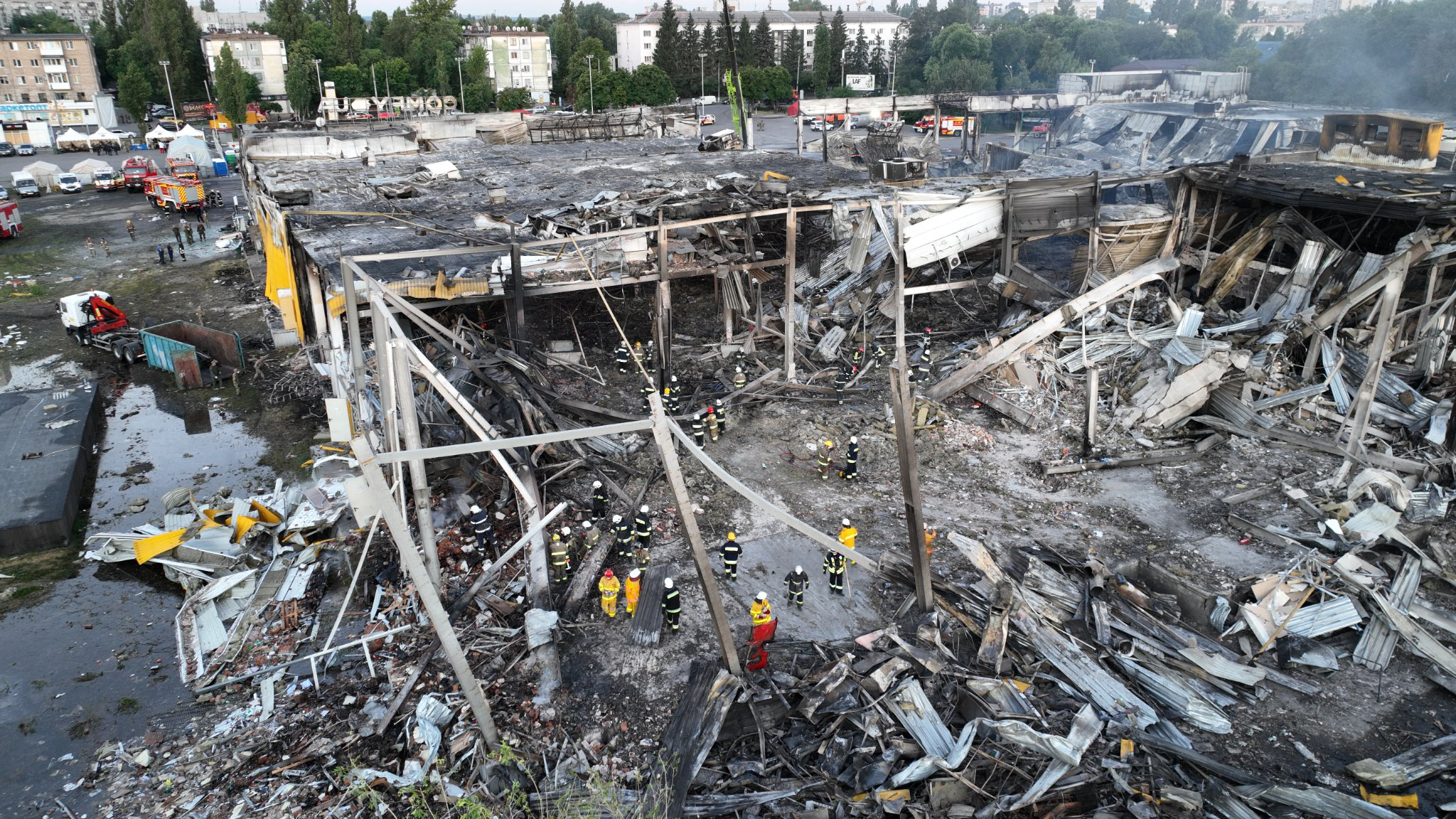 Scenes like this in the wreckages of a mall in Kremenchuk are common across Ukraine, with a reconstruction bill of many billions of dollars likely. /STR/Ukrainian State Emergency Service Press Service/AFP

Scenes like this in the wreckages of a mall in Kremenchuk are common across Ukraine, with a reconstruction bill of many billions of dollars likely. /STR/Ukrainian State Emergency Service Press Service/AFP

There are many in Irpin, though, who will never be able to move back into their old homes, which are beyond repair.

Irpin is a small commuter town on the edge of Kyiv, but entire apartment blocks and homes have been destroyed, along with the main road and railway bridges. With scenes like this common across the country, it's clear that the reconstruction bill will run into many billions of dollars.

According to Andrei Ginkul, head of the independent Kyiv based Centre for Reform and Local Development, "the cost of reconstruction and modernisation will be not less than a trillion dollars, maybe even bigger."

Ginku is a development specialist working closely with both the Ukrainian government and foreign organisations. He told CGTN that there are already fledgling plans for a new Marshall Plan, similar to the one which helped Germany rebuild after World War II.

But Ginku admits that hard choices will have to be made.

As Monday's missile strike on a shopping centre shows, the human cost to this conflict remains terribly high. Even when rebuilding work can begin, no amount of reconstruction will be able to replace what Ukraine has lost.