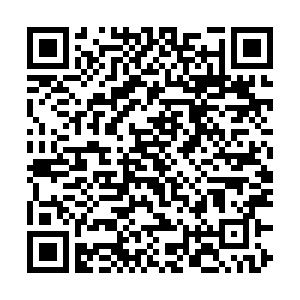 Belarus is conducting military exercises with 4,000 troops by the border, says Ukraine's Ministry of Defense and Russian strategic bombers have fired missiles from Belarusian airspace at targets inside Ukraine, including the capital Kyiv.

CGTN's Michael Voss has been given access to Ukrainian border guards along the frontier with Belarus in the Chernihiv region.

On Patrol with Ukraine's border guards

A Ukrainian border guard patrols the southern bank of the Dnipro river. This heavily forested region marks the border with Belarus, where Russia's ally is said to be massing troops.

Back in February, great columns of Russian tanks forced their way across the border, heading for the capital Kyiv.

On their way, they attacked and shelled the region's major city Chernihiv but failed to capture it. The scars of ruined buildings still stand as testimony to the failed attack. 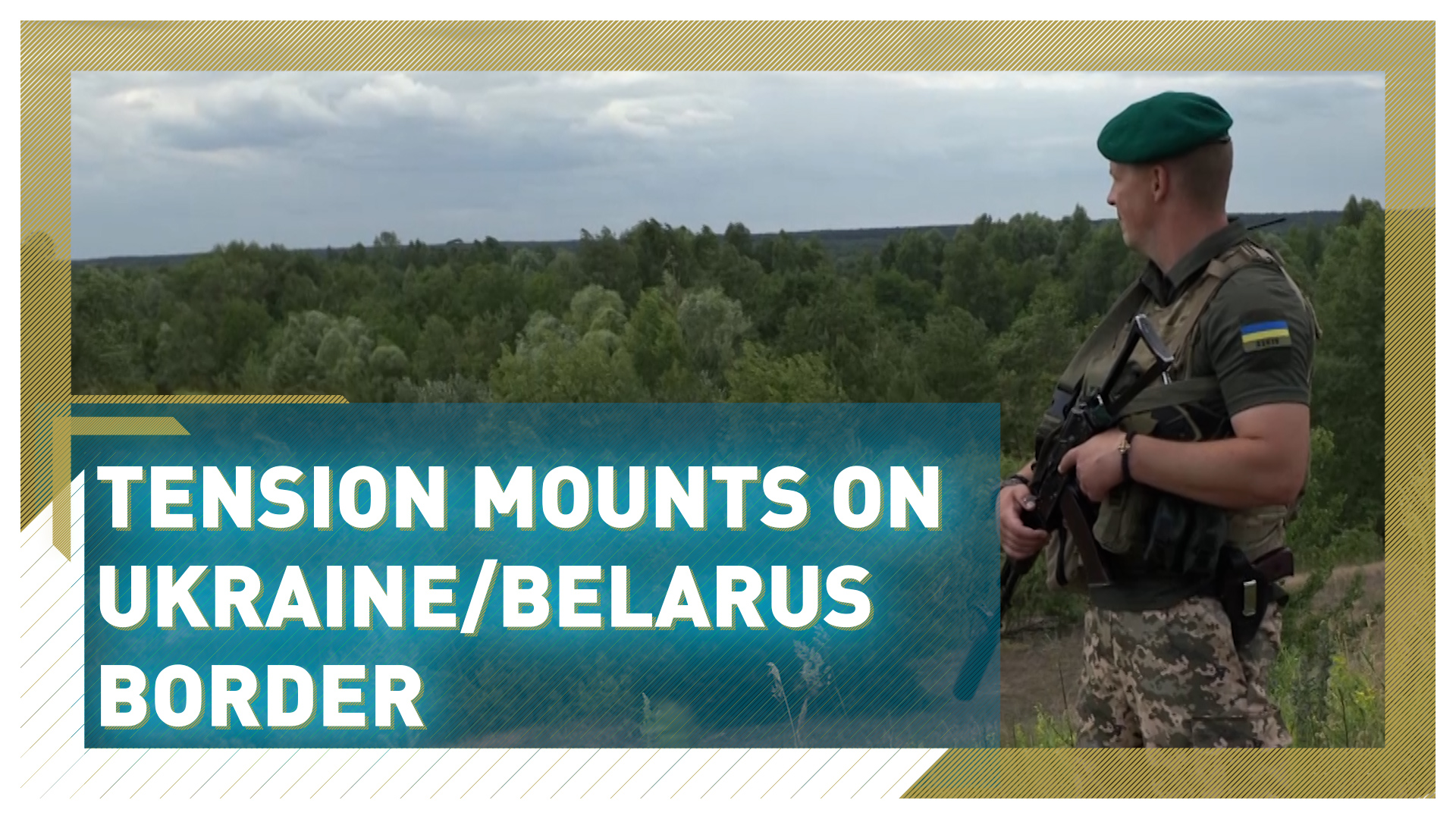 Now there is razor wire through the forests all along the border.

After driving on back roads out of Chernihiv for about an hour, I met Major Artem Lazutin, deputy commander of the region's border guards. His life has radically changed in just a few months.

"We are no longer classical border guards," he explains. "Before we simply checked people, cars and trucks at a border crossing checkpoint on the road. Then when the war started, the border guards became military units."

The major then took me past the razor wire to a higher position close to where the old border crossing was.

There is now a large gap where one of the main bridges connecting the two countries once stood. Lazutin said they blew it up to prevent the Russians from using it.

"On February 24, we were attacked by enemy drones. Then we took up fire positions along with the Armed Forces to prevent an enemy breakthrough. After that, we decided to blow up this bridge as well as a railway bridge near here." Lazutin said. 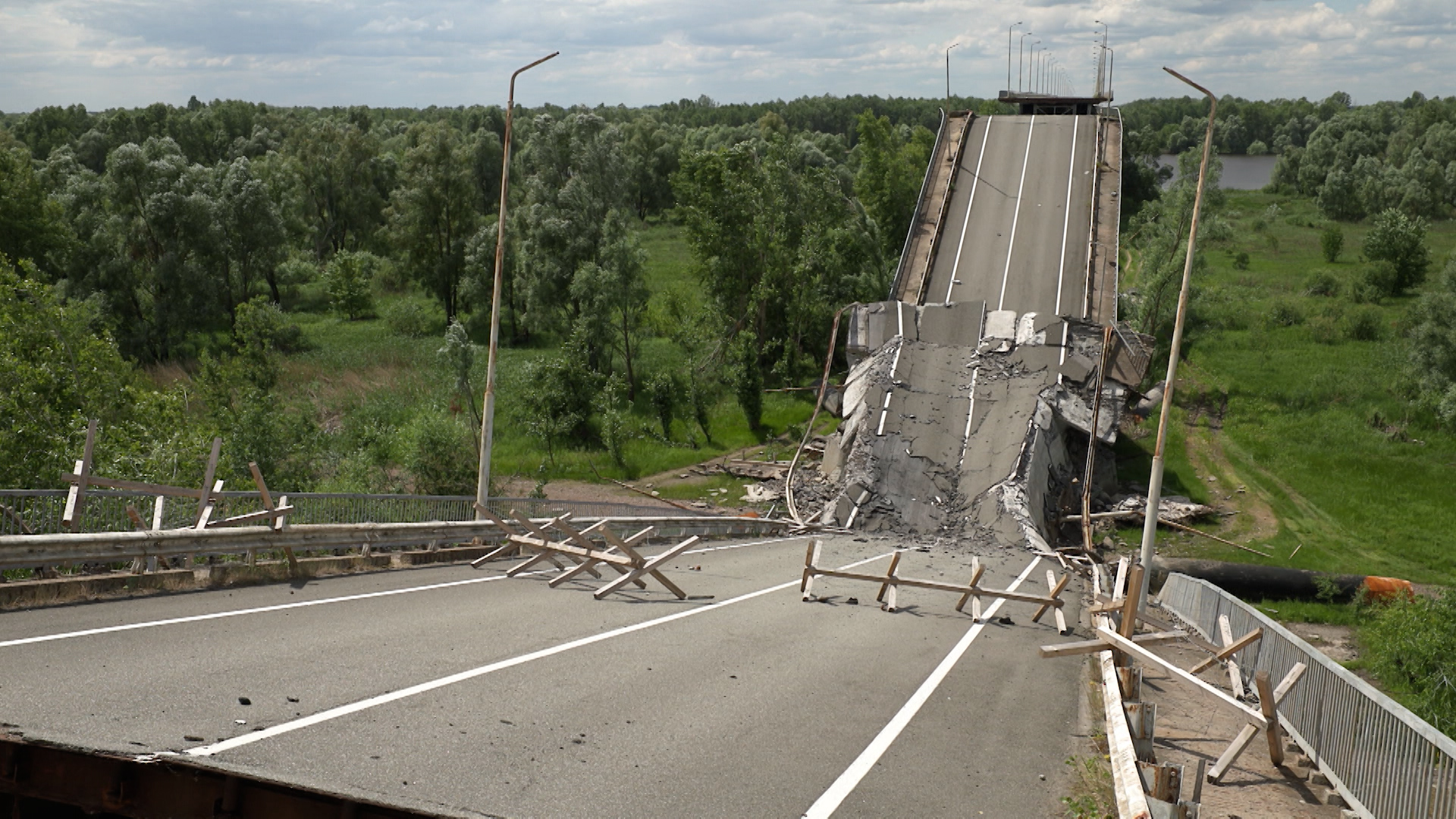 Ukraine's forces have been destroying parts of the road and rail network to prevent a second invasion from Belarus./CGTN/Michael Voss

Ukraine's forces have been destroying parts of the road and rail network to prevent a second invasion from Belarus./CGTN/Michael Voss

Ukraine defense officials believe that Belarus has moved seven battalions closer to the border. They don't think Belarus is about to invade though they can't rule that out.

What the Ukrainians do suspect is that they are trying to prevent Ukraine from sending reinforcements to the east, where the heaving fighting is.

At a meeting in St Petersburg over the weekend, Russia's President Vladimir Putin offered to provide his close ally Belarus President Alexander Lukashenko with ballistic missile systems and upgrade his air force.

Meanwhile, Lukashenko has announced a recruitment drive for an additional 20,000 troops.

It prompted Ukraine's President Volodymyr Zelenskyy to send a video message to Belarus urging its people not to get involved.

"You are being drawn into a war. The Kremlin has already decided everything for you –your lives are worth nothing to them. But you are not slaves or cannon fodder. You do not have to die." Zelenskyy said in his video address.

Back on the border, 20-year-old Andriy, he asked not to give his surname, continues his daily lookout searching with his binoculars for any signs of military activities in the forests across the river.

"Everyday is like this, we observe the situation at the border all day, defend it and prevent an enemy breakthrough. Everyone is afraid. Only stupid people aren't afraid. I try to hold my fear in my hands," Andriy said.

Major Lazutin says the border guards, along with the military, are ready to repel any new invasion. But he hopes that with continued western support, he can go back to his old day job, as a simple border guard, before too long.