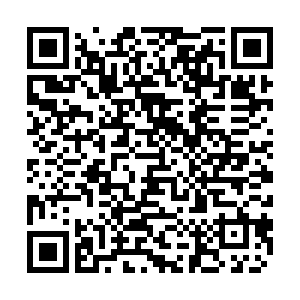 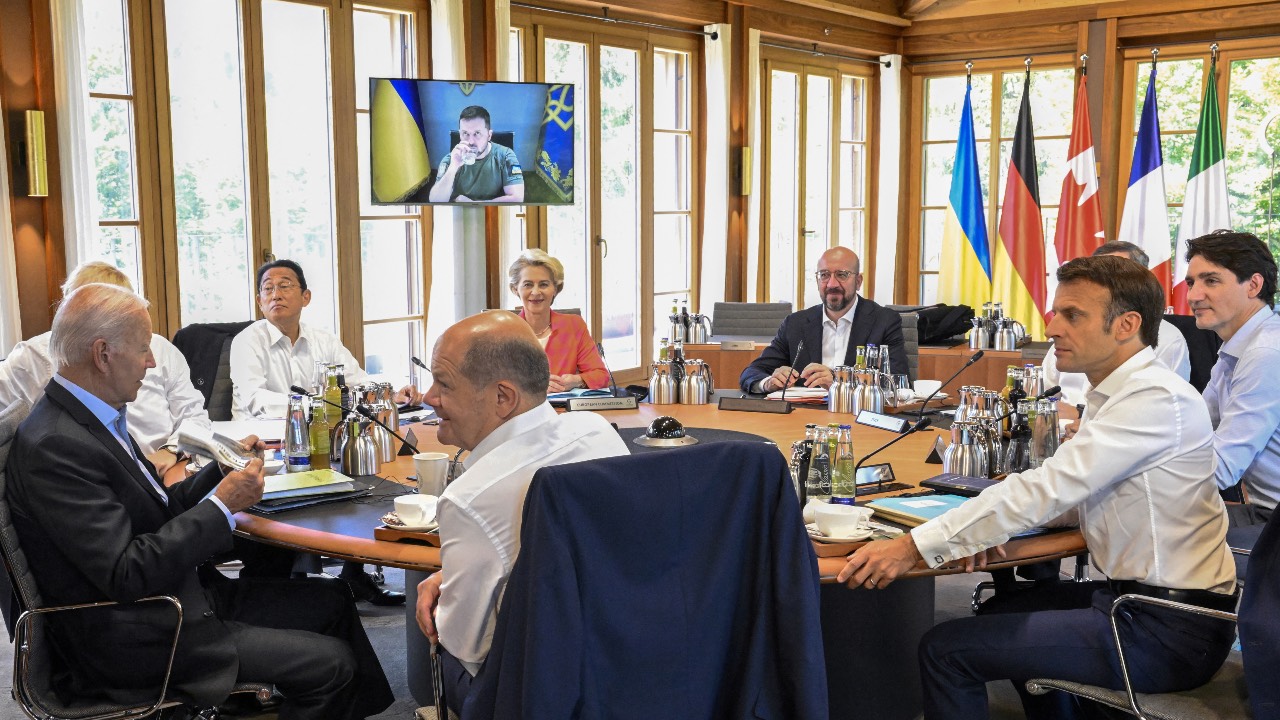 G7 leaders sit at a round table as Ukraine's President Volodymyr Zelenskyy addresses them via video link during their working session at Elmau Castle, Germany. /Tobias Schwarz/Reuters

G7 leaders sit at a round table as Ukraine's President Volodymyr Zelenskyy addresses them via video link during their working session at Elmau Castle, Germany. /Tobias Schwarz/Reuters

On the first day of the G7 summit in Germany, leaders from several of the world's largest economies reiterated their commitment to staying united in opposition to Russia's military campaign in Ukraine.

In addition to tens of thousands of deaths, the ripple effect from the conflict has led to record food and energy prices around the world.

The leaders of the U.S., the UK, Japan, Germany, France, Italy and Canada - as well as the European Union - are discussing strategies to deal with these and other global issues at the three-day summit at a remote castle in the Bavarian Alps.

"Putin has been counting on it from the beginning that somehow NATO and the G7 would splinter. But we haven't and we're not going to," Biden said.

Russian gold imports were worth around $15 billion in 2021, and there are concerns that wealthy Russians have been using the precious metal to avoid Western sanctions.

UK Prime Minister Boris Johnson said the gold ban would make it harder for Putin to continue to fund the conflict in Ukraine.

"The measures we have announced today will directly hit Russian oligarchs and strike at the heart of Putin's war machine," Johnson said.

The leaders are also planning to discuss a proposed price cap on Russian oil. Ukrainian President Volodomyr Zelensskyy is scheduled to join the summit via video link on Monday.

Biden also announced an initiative called Partnership for Global Infrastructure and Investment, aimed at providing investment for infrastructure projects to the developing world.

It is seen by some as an attempt to offer countries an alternative to China's Belt and Road initiative.

Biden said the U.S. would mobilize $200 billion for the effort. The EU pledged $317 billion, much of it through its Global Gateway program which it has already launched.