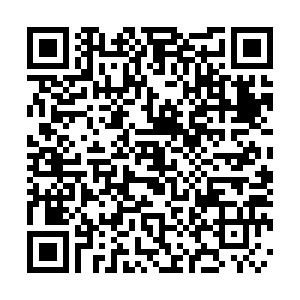 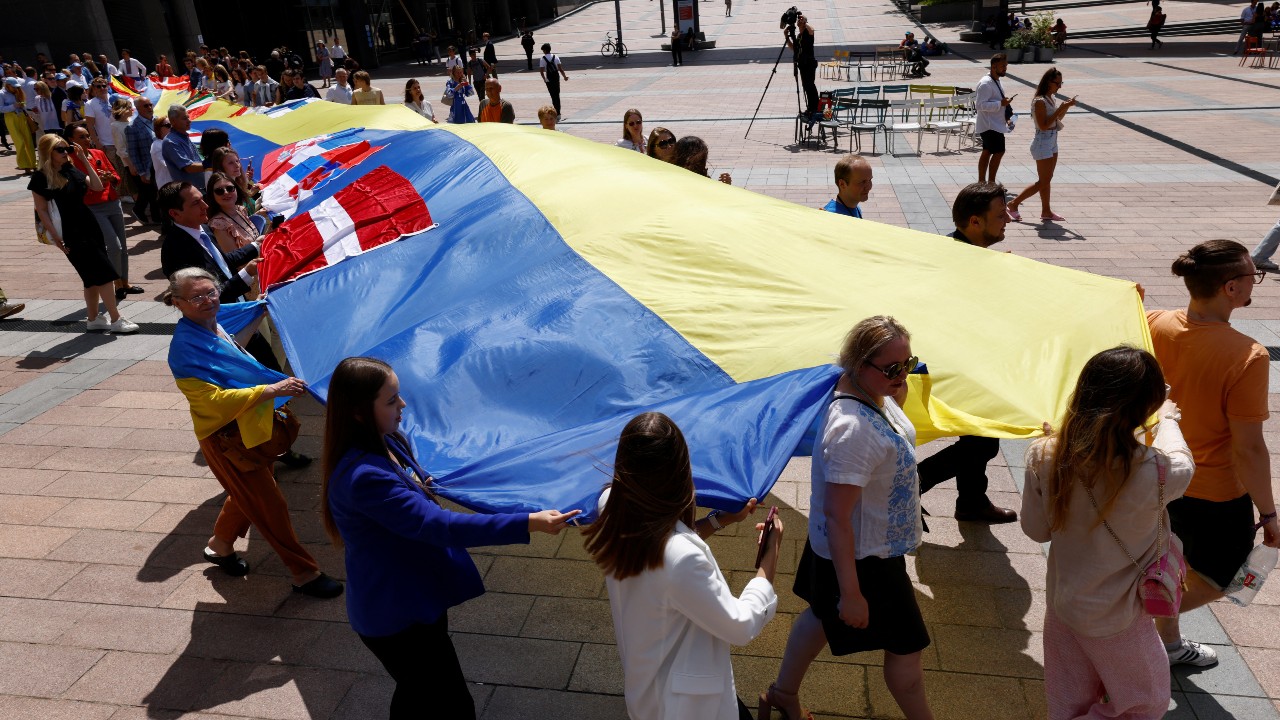 A 30-meter Ukrainian flag is unfurled outside EU Parliament – but it may be a while before the country is in the bloc. /Yves Herman/Reuters

A 30-meter Ukrainian flag is unfurled outside EU Parliament – but it may be a while before the country is in the bloc. /Yves Herman/Reuters

The leaders of the EU's 27 member countries have unanimously approved Ukraine and Moldova's candidate status to join the European Union. It's something Ukraine has been pushing for since it became independent in the 1990's.

The news has provided a huge boost to morale after recent losses on the battlefield.

There are EU and Ukrainian flags fluttering side by side in the wind, in Kyiv's European Square. This emblematic location in the old town has changed names many times over the years.

It was Stalin Square, followed by Adolf Hitler Square and then Lenin Square before finally getting its present name shortly after Ukraine became independent in the 1990s.

It's an indication of just how long Ukrainians have waited to be part of the European family.

Finally on Thursday night, European leaders gave their formal consent for this troubled country to gain candidate status to join the EU.

Making the announcement at the press conference, European Commission President Ursula von der Leyen spoke of the significance of the vote.

After addressing the EU summit, Ukrainian President Volodymyr Zelenskyy then posted a video looking to the future.

"Ukraine is not a sphere of influence, a transit territory between the west and Russia, not a border between orcs and elves," Zelenskiy said in a televised broadcast. "Ukraine is a future equal partner for at least 27 EU countries."

He also spoke of just how long it's taken to get this far. 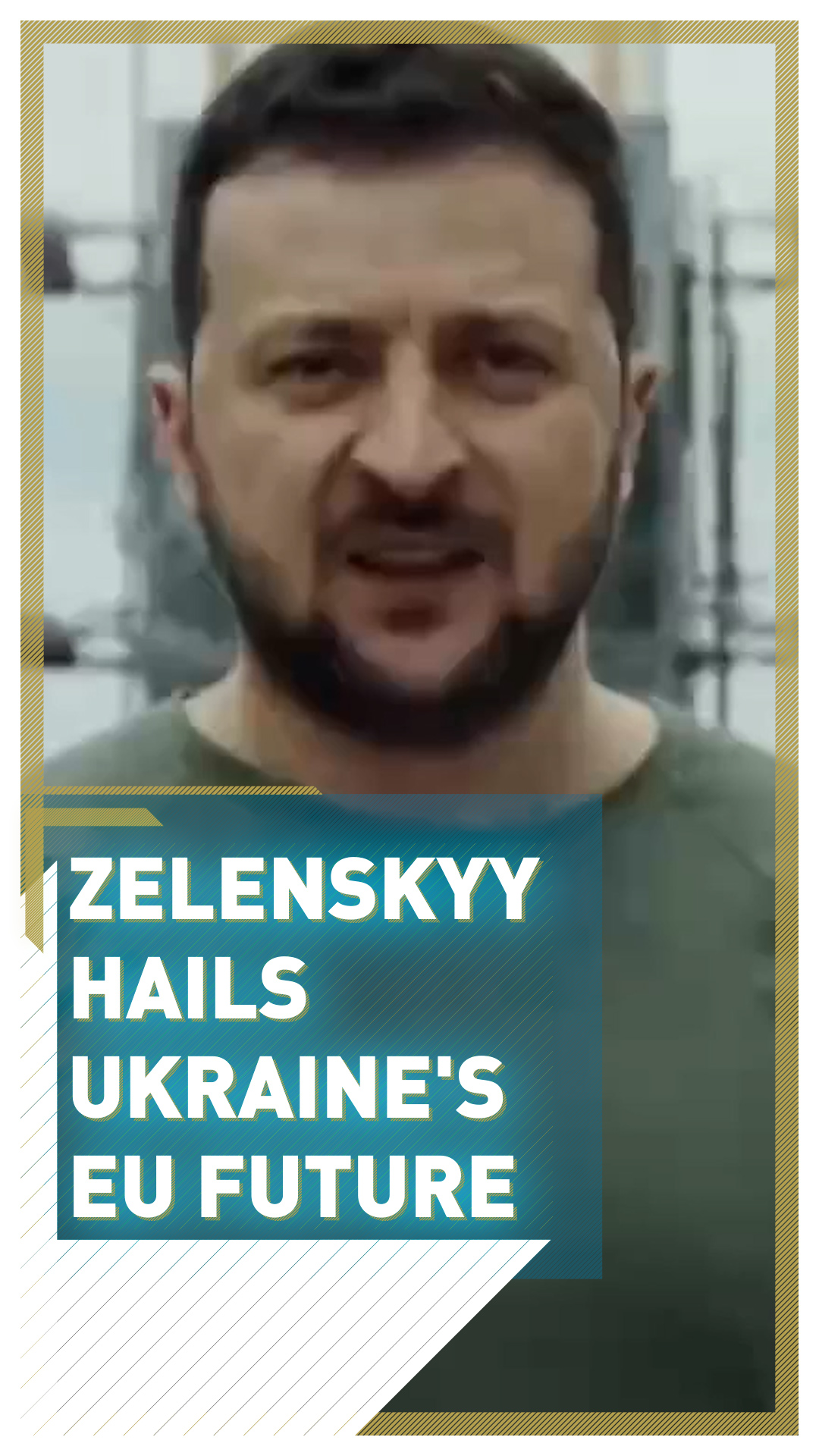 It was in Maidan square when in 2014 the real push for EU membership began. It was the pro EU protests in 2014 which led to the Maidan Revolution overthrowing the Russian-backed president Victor Yanokovich who fled to Moscow.

Now Ukrainians fear he is trying to take the rest in what's become the largest and bloodiest land conflict since World War II.

In achieving candidate status, Ukraine has signaled that its future is with Europe rather than Russia's sphere of influence. And on the streets of Kyiv the news was greeted with relief.

"I am very, very happy, I've been waiting for this. I want to stay alive long enough to see my grandchildren citizens of the EU," factory worker Vera said in Maidan square.

Travel agent, Vitaliy, hoped that EU candidate status would help with their current struggle. "Putin go away," he said, "we are together with Europe and maybe we will win in one or two months. We are united with Europe."

Full EU membership, though, remains many years away. The government here acknowledges that there is much to do, with legislation needed to reform the economy, strengthen the rule of law and the judiciary and step up the fight against corruption

This is just the first step on a long road towards EU membership. But for a country torn by conflict, it is, at least, a step in the right direction.