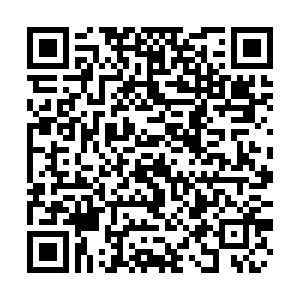 The U.S. Supreme Court's decision to end nationwide abortion rights has drawn unusual criticism from some of Washington's closest allies as Americans woke up on Saturday to find several U.S. states moving to withdraw their right to choose.

By overturning the landmark Roe v Wade ruling, the U.S.'s highest court has removed constitutional protections for abortion, which were previously in place for nearly 50 years, sparking anger not only from many U.S. citizens but also the country's government.

"It's a sad day for the court and the country," President Joe Biden said in a White House speech, adding that the decision was "cruel" and would take the country back 150 years.

He also slammed the "extreme ideology" of the conservative-leaning Supreme Court, which was heavily shaped by his Republican predecessor, Donald Trump, who helped to pave the way for Friday's decision by nominating right-wing judges to the top judiciary body.

"I think it's a big step backwards. I've always believed in a woman's right to choose and I stick to that view, and that's why the UK has the laws that it does," Johnson said on a visit to Rwanda. 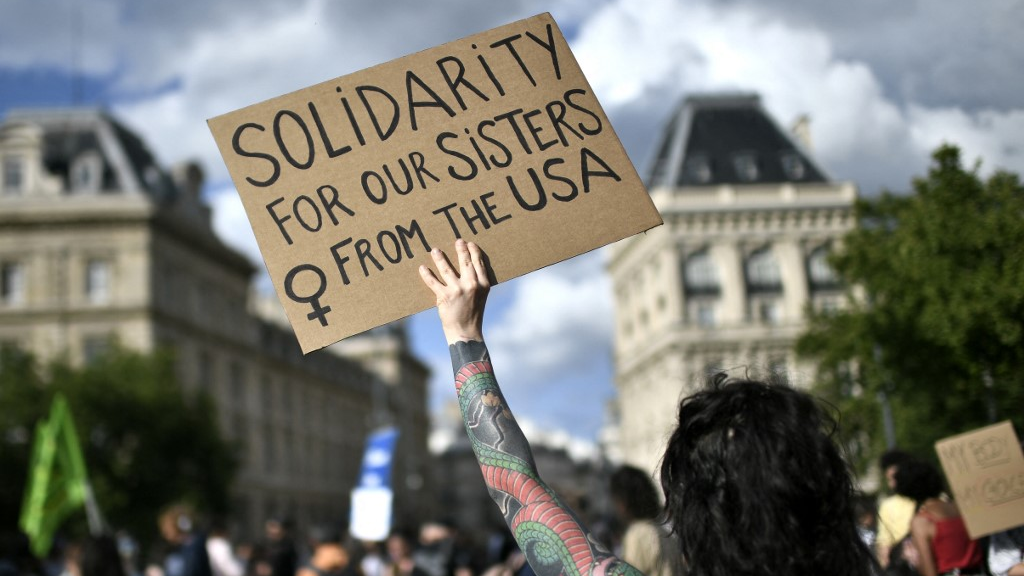 A protestor holds a sign during a rally in support of worldwide abortion rights in Paris following the U.S. ruling. /Stephane de Sakutin/AFP

A protestor holds a sign during a rally in support of worldwide abortion rights in Paris following the U.S. ruling. /Stephane de Sakutin/AFP

French President Emmanuel Macron voiced his "solidarity with women whose freedoms are today challenged" by the U.S. Supreme Court, expressing his sympathies via Twitter.

"Abortion is a fundamental right for all women. We must protect it," he wrote.

A similar demonstration took place outside the U.S. embassy in London on Saturday morning.

The Swedish government also expressed its sympathies with those affected by the Supreme Court ruling, with Foreign Minister Ann Linde stressing that legal and safe abortion was a fundamental right.

"Depriving women of their individual rights is a backlash against decades of hard-fought work," she said. 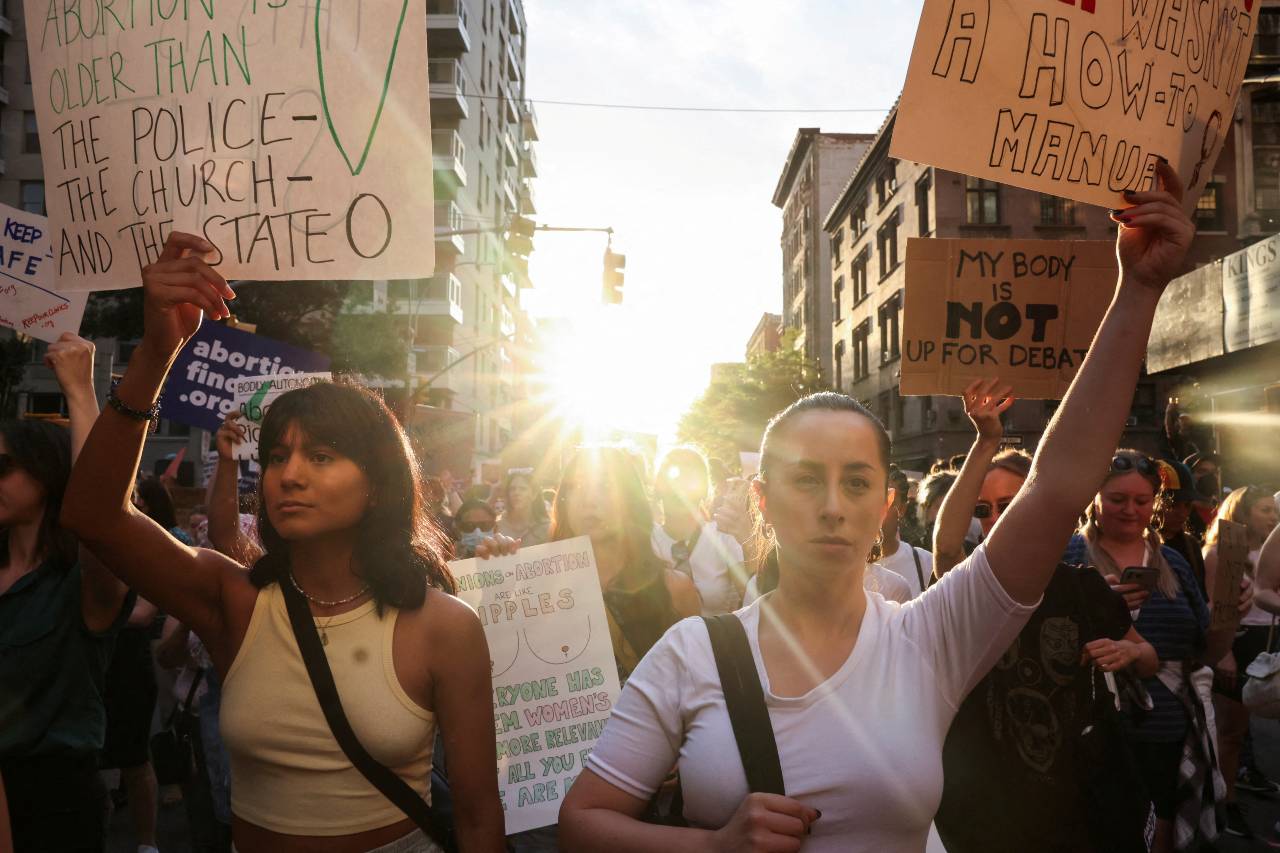 Some private European firms, including Deutsche Bank, have joined a slew of U.S. companies in updating their U.S. healthcare policy to cover travel costs for any medical procedure, including abortion - meaning people can fly out of state to escape local restrictions.

The move is potentially contentious though as companies offering reimbursements for abortion-related travel could be vulnerable to lawsuits, including potential criminal penalties.

One European institution not to be upset by the ruling was the Vatican, whose Academy for Life praised the move, saying it "challenged the world" to reflect on abortion, or 'life,' issues.

The U.S. was one of the first countries to grant a nationwide right to abortion with the 1973 Roe v Wade decision.

Following the ruling on Friday, several right-leaning states imposed immediate bans on abortion.
"The Constitution does not confer a right to abortion," the court said in a 6-3 ruling on one of America's most bitterly divisive issues.

"The authority to regulate abortion is returned to the people and their elected representatives."