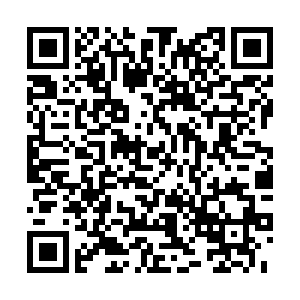 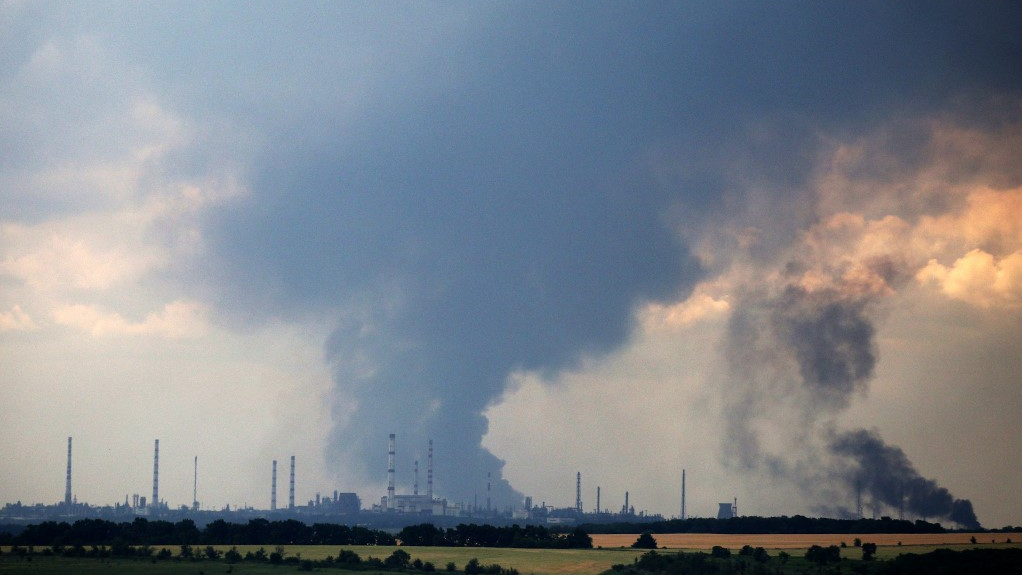 Smoke billows over the oil refinery outside Lysychansk, the twin city of Sievierodonetsk. /Anatolii Stepanov/AFP

Smoke billows over the oil refinery outside Lysychansk, the twin city of Sievierodonetsk. /Anatolii Stepanov/AFP

• Ukrainian forces have been given the order to retreat from the strategic Luhansk city of Sievierodonetsk in the embattled eastern Donbas, regional governor Sergiy Gaiday has announced. Taking Sievierodonetsk, along with its twin city Lysychansk which Russia is now trying to encircle, would give Moscow full control of Luhansk. READ MORE BELOW

• EU leaders have agreed to grant "candidate status" to Ukraine and neighboring Moldova, in a show of support amid the conflict. Ukrainian President Volodymyr Zelenskyy hailed the news as "a unique and historic moment", adding that Ukraine's future "is within the EU." READ MORE BELOW

• The U.S. will send $450 million of new military assistance to Ukraine, the White House says, with the shipment including four more advanced rocket systems. Kyiv has pleaded for the new rocket systems, which have greater range than those it is currently using, so it can strike Russian targets from safe positions.

• A senior U.S. defense official said Russia was trying unsuccessfully to target Western weapons being sent into Ukraine, including longer-range systems that Kyiv hopes will be decisive on the battlefield.

• Western leaders and their allies are preparing for back-to-back G7 and NATO summits from Sunday, at which they will look to launch renewed collective support for Ukraine in fighting Russian forces, including new military and financial aid.

• The UN's nuclear watchdog says it is increasingly concerned about the welfare of Ukrainian staff at the Russian-held Zaporizhzhia nuclear power plant in Ukraine, Europe's largest, adding that it must go there as soon as possible.

• EU leaders have warned that "cheap energy is gone" and agreed to further preparations for cuts in Russian gas, accusing Moscow of "weaponizing" energy via a block on supply which Germany says could partly shut its industry.

* Italian Prime Minister Mario Draghi says his country's dependence on Russia for imported gas has decreased to from 40 to 25 percent in under a year.

• The lawyer defending one of two Britons sentenced to death in a Russian-backed separatist proxy state has said that they had not yet submitted an appeal because they are waiting for an intervention from the UK government.

• The Polish prime minister has called for a stronger NATO presence in the Suwalki Gap, the stretch of land that separates the Russian exclave of Kaliningrad from Belarus.

• Moscow's foreign ministry has blamed the U.S. for a Lithuanian trade ban from the Russian mainland to Kaliningrad. "The so-called 'collective West', with the explicit instruction of the White House, imposed a ban on rail transit of a wide range of goods through the Kaliningrad region," the ministry said.

• Today marks four months since Russian President Vladimir Putin sent forces across the border into Ukraine, triggering one of the biggest conflicts in Europe since World War Two. 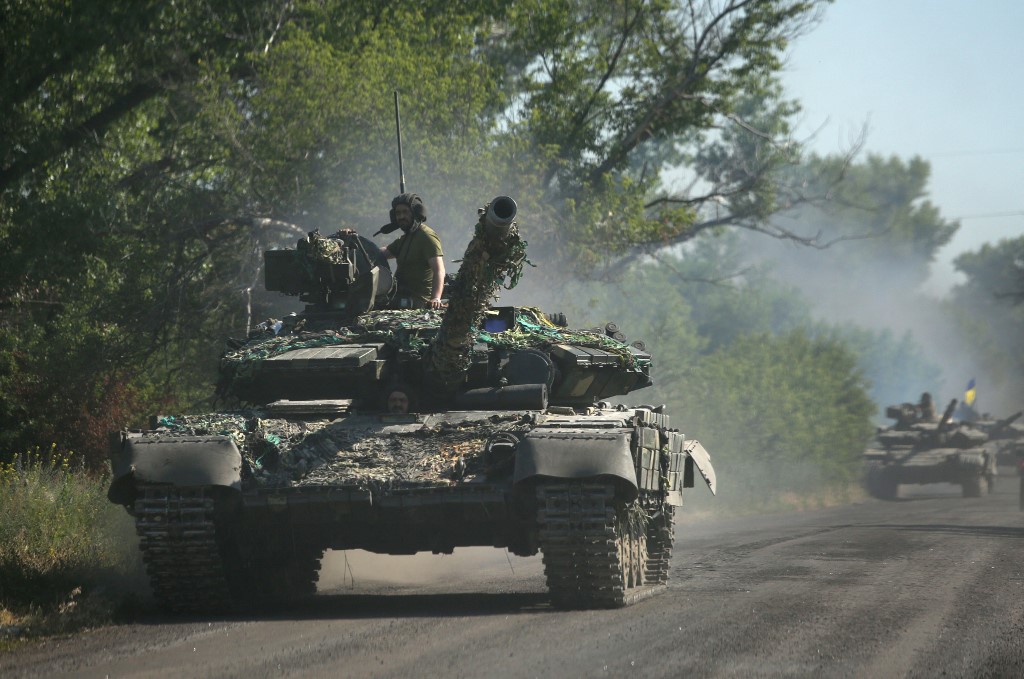 Ukrainian troop move by tanks on a Donbas road near the Sievierodonetsk area. /Anatolii Stepanov/AFP

Ukrainian troop move by tanks on a Donbas road near the Sievierodonetsk area. /Anatolii Stepanov/AFP

Ukraine signalled on Friday its troops were withdrawing from the city of Sievierodonetsk, the scene of weeks of intense fighting, a move that signifies a severe strategic loss in the battle for the Donbas region.

Serhiy Gaidai, the governor of Luhansk – which together with Donetsk makes up Ukraine's industrial region of Donbas – said troops in the city had already received the order to move to new positions.

However, he did not specify whether they had already done so or where exactly they were going.

"Remaining in positions smashed to pieces over many months just for the sake of staying there does not make sense," Gaidai said on Ukrainian television.

The troops will "have to be withdrawn", he said.

Russian troops also fully occupied a town about 10 kilometers further south from Sievierodonetsk, Ukrainian officials said on Friday, as Moscow closed in on the last parts of Ukrainian-held territory in Luhansk.

Moscow said it had encircled about 2,000 Ukrainian troops in the area, a figure not yet confirmed.

Gaidai was speaking on the day that marked four months since Russian President Vladimir Putin sent tens of thousands of troops over the border, triggering a conflict that has devastated the country and killed thousands of combatants and civilians.

Some of the heaviest fighting has taken place in Sievierodonetsk, where street-by-street combat has raged for a month with Russia slowly taking more ground in the surrounding Donbas region.

The battle is key for Russia to establish control over the last remaining Ukrainian-held part of Luhansk province, with the fall of Sievierodonetsk leaving only Lysychansk – its sister city on the western bank of the Siverskyi Donets River – remaining in Ukrainian hands.

Russia's tactics in the region have involved intense bombardments of cities and towns followed by assaults by ground troops.

While analysts say Russian forces are experiencing heavy casualties and face problems with leadership, supplies and morale, they have managed to push back Ukrainian troops and make incremental gains in the east and south. 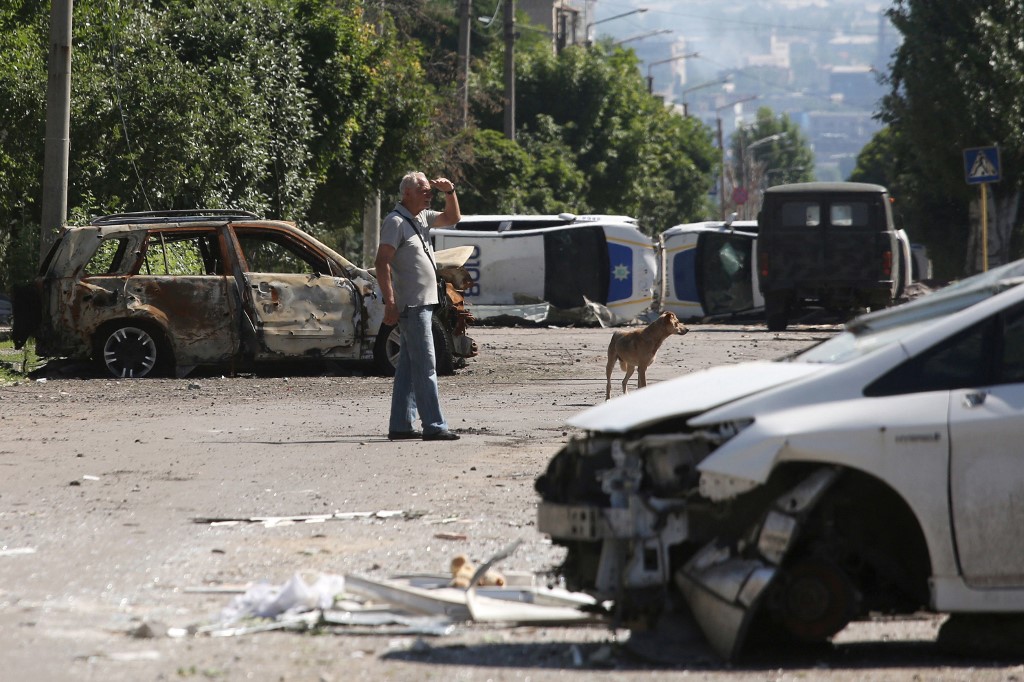 A man stands by a barricade made with destroyed police cars in Lysychansk, which lies just across a river from Sievierodonetsk. /Anatolii Stepanov/AFP

A man stands by a barricade made with destroyed police cars in Lysychansk, which lies just across a river from Sievierodonetsk. /Anatolii Stepanov/AFP

While it could take years to reach full membership – North Macedonia has been a candidate for 17 years and Albania for eight – Zelenskyy told the heads of European states their decision was among the most important for Ukraine since it broke from the Soviet Union 31 years ago.

"This decision is not just being made for the benefit of Ukraine," he said. "It is the biggest step towards strengthening Europe that could have been made right now... when the Russian war is testing our ability to preserve freedom and unity."

"Ukraine's future is within the EU," he added.

EU chief Charles Michel described the decision as a "historic moment," saying: "Today marks a crucial step on your path towards the EU."

French President Emmanuel Macron said that the move would send a "very strong signal" to Russia that Europeans support the pro-Western aspirations of Kyiv.