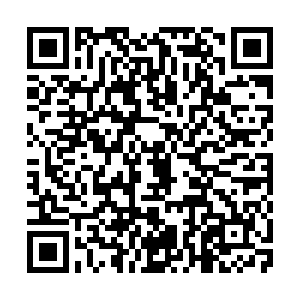 The Hungarian capital of Budapest is experiencing a heat wave, with temperatures expected to hit record levels over the coming days.

With forecasters predicting that Budapest could reach its all-time high of 40 degrees Celsius, authorities have urged residents to limit their exposure to the extreme heat and stay indoors during the hottest hours of the day.

Meanwhile, the country's meteorological service is expected to issue severe warnings as the heat goes gets ever more intense, predicting that temperatures next week will be eight to 10 degrees above average.

To help fight off the heat, the city of Budapest has posted an online map indicating all the water fountains, to give residents and visitors some relief.

"We came to see this to cool us down a little bit," said British tourist Laura Broughton, pointing to one of the capital's famous fountains. "We keep walking in the shade just to try to keep cool," she added.

Not far from the capital, in the town of Godollo, the hot weather is making another problem worse. Residents are concerned about mounds of uncollected trash that have been growing for weeks.

The mayor of the town says the combination of hot sun and decomposing garbage is producing a foul smell.

"It is a very bad smell, the people don't like it," said Godollo's mayor Gemesi Gyorgy. "They write complaints and we are waiting for a solution."

But so far, according to him, there is none. Residents have paid the federal government for trash collection, says the mayor.

However, the authorities keep telling him there are no funds to pick up the garbage, leaving locals facing not just scorching sun, but also rotting rubbish.