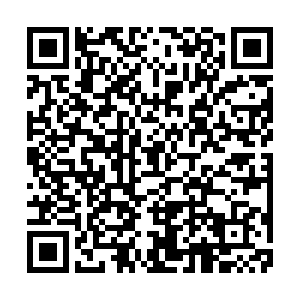 Airline executives, planemakers and aviation enthusiasts have converged on Berlin for the city's international airshow. It's one of the biggest events of its kind in Europe and comes as the industry works to solve staffing shortages ahead of what's expected to be a busy summer holiday season.

The bi-annual Berlin Air Show has been held after a 4 year hiatus caused by Covid-19 restrictions. It's the first time the show has been held since the new Berlin Brandenburg Airport (BER) opened after a nearly 10 year delay.

Hannes Stefan Honemann, a spokesperson for BER, said like many airports across Europe, they were bracing for a busy summer season.

"We expect a difficult summer. Companies at the airport are working on staffing but everyone working at the airport has to pass a security check and this can last four to eight weeks so maybe they won't really be (fully) staffed until after the summer," he said.

For planemakers, the boom in travel is also cause for celebration, as airlines fill order books to increase their fleet sizes.

Nico Buchholz, the Chief Commercial Officer at Deutsche Aircraft, said there was a feeling of optimism within the industry.

"Travel is coming back in most parts of the world and that is a positive sign for the industry. The industry is struggling with a couple of problems in the supply chain but they will solve it," he said.

The airshow also featured a large defence and military presence, as European countries look to modernize their militaries following the war in Ukraine.

The German Government has earmarked over $100 billion in new military spending and much of that will be spent on air defences.

Chancellor Olaf Scholz visited the airshow to see firsthand some of the exhibitors on display which included Thales Group, Lockheed Martin and Eurofighter.

After visiting the air show, the Chancellor travelled back to Parliament to brief lawmakers ahead of his visit to a NATO gathering next week. He heralded the defence spending as good for other European countries.

“In Europe's biggest security crisis for decades, Germany - the EU's biggest economy and most populous country - is taking on a very special responsibility. And not just for its own security but also for the security of its allies," he said.

“We will equip the Bundeswehr (German army) in a way so it can effectively defend our country and our allies against all attacks. That’s the benchmark for the new Bundeswehr," he added.