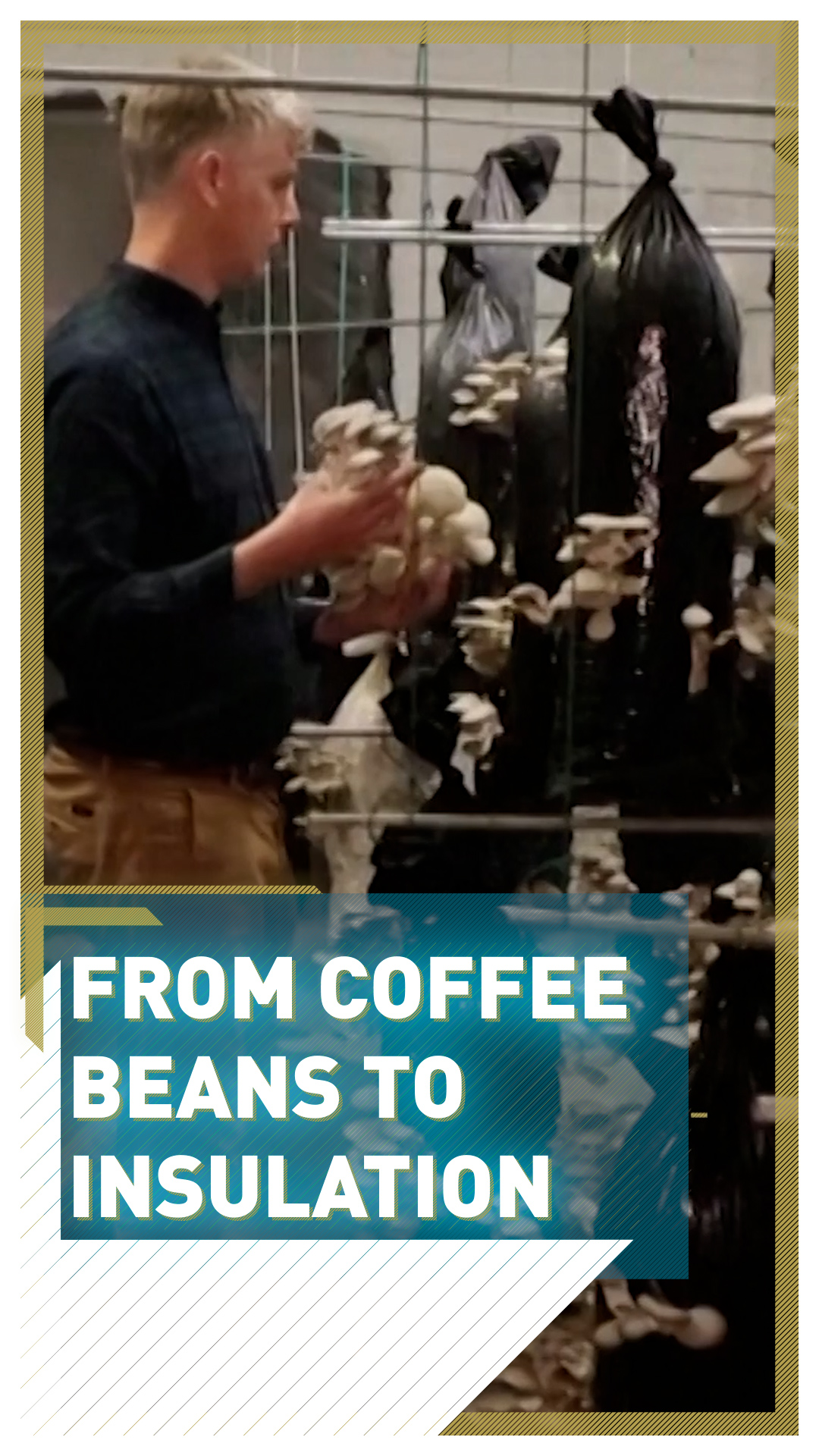 A Belgian company is trying to combat urban waste by transforming used coffee grounds into edible mushrooms and insulating tiles to be used in construction. It says this innovation could dramatically cut down on plastic waste.

In the damp cellar of a former industrial site in Brussels, clusters of oyster mushrooms emerge from slashes made in what appear to be long refuse sacks stuffed with a mixture of straw and coffee grounds.

Five tonnes of grounds are collected every month, with daily deliveries from partner cafes across the country. They are mixed in a large drum where the spores are added and then transferred to the sacks.

After 15 days, the mushrooms are harvested and sold in organic shops.

"Each day we throw away a lot of coffee and this coffee, to be produced, needs a lot of energy from the cultivation to the transportation to Europe and it's just a pity not to use it more than a few minutes," said Julien Jacquet, CEO of PermaFungi.

The company has been growing mushrooms for years but now wishes to expand the production of mycelium - a root-like structure of a fungus consisting of a mass of branching - by using a different fungus and the residue left over from the coffee production to be used as an alternative to plastic.

Across town the company has received its first commercial order for its new fungus-based insulating tiles – 200 meter-squares of sound-proofing at a company which loans power tools.

With governments increasingly looking to prioritize the circular economy as a way of cutting carbon emissions and the environmental impact of economic activity, the company believes it offers a solution.

It is now seeking investment to scale up production, hoping to produce 12 tonnes of the mycelium material a month by 2025.

"A Belgian inhabitant drinks 5 kilograms of coffee a year so it adds up to thousands of tonnes a year which are mainly being thrown away, so it's a huge potential," COO Stijn Roovers said as he put the finishing touches to one of the new insulating walls.