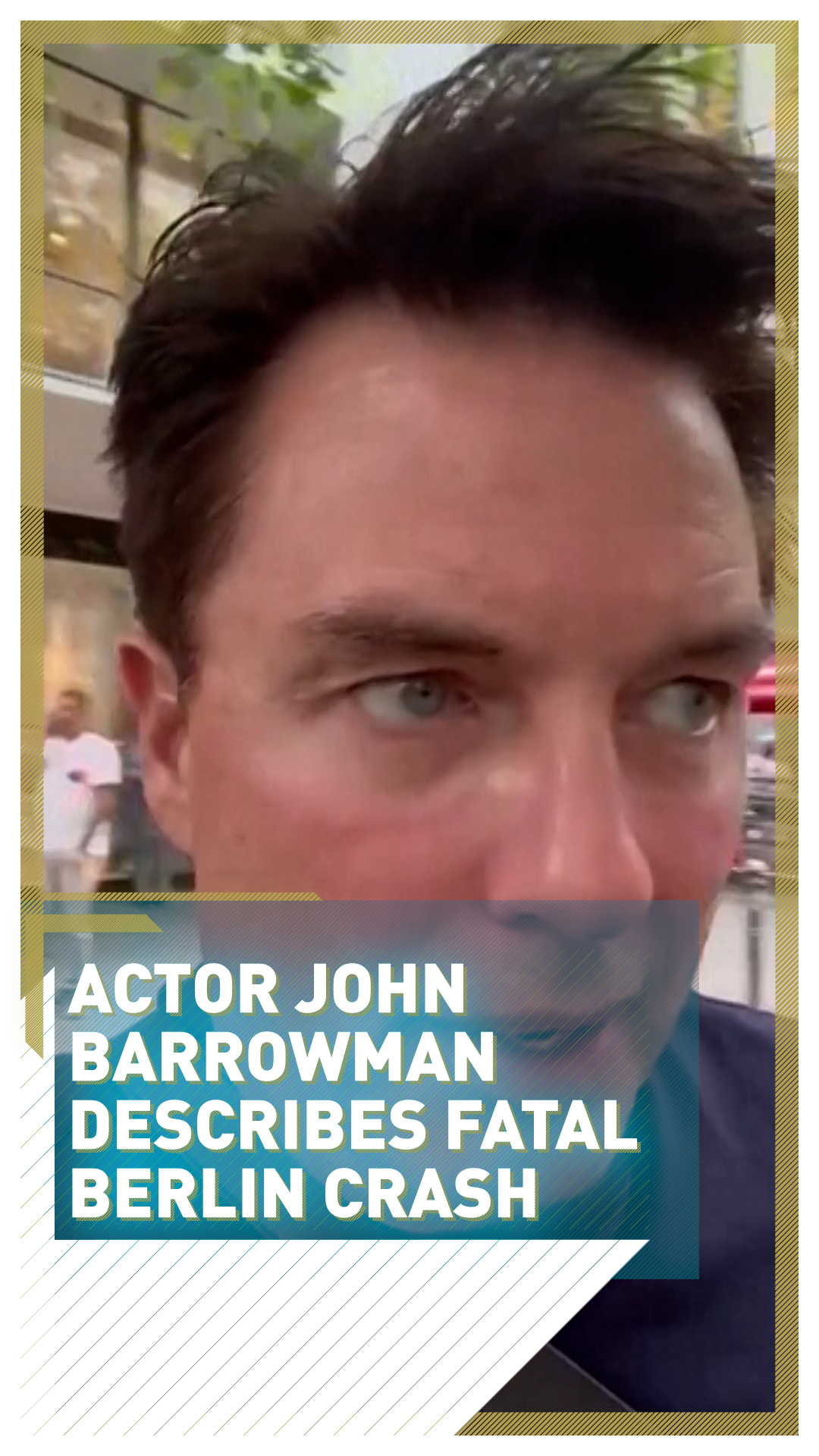 A teacher supervising a group of schoolchildren has been killed and six people left fighting for their lives after a man drove his car into pedestrians on a busy Berlin street.

The 29-year-old German-Armenian suspect reportedly drove his Renault car into a crowd of people in the German capital on Wednesday.

Police said his vehicle veered onto a pavement twice in a Berlin district popular with tourists and shoppers.

The car eventually crashed into a shop window before he was detained by bystanders and handed over to the authorities. 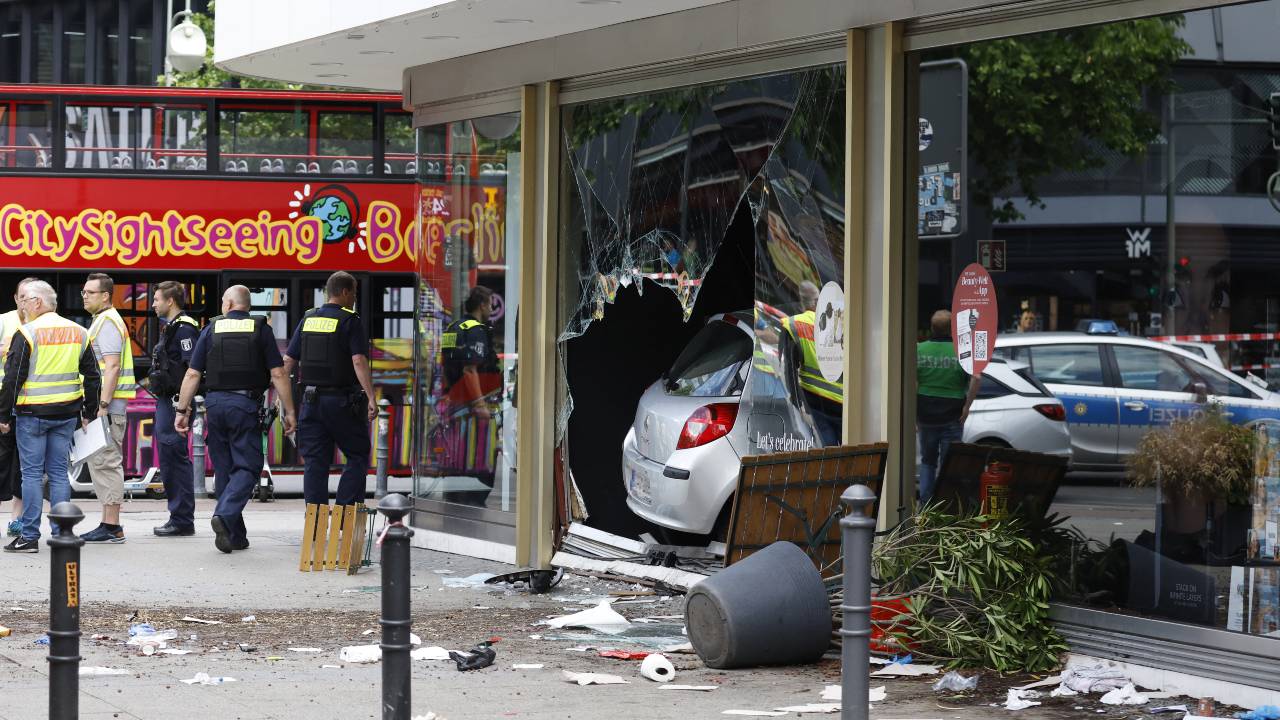 The silver Renault was driven into a group of people, killing one person in central Berlin before smashing into a shop window. /Odd Andersen/AFP

The silver Renault was driven into a group of people, killing one person in central Berlin before smashing into a shop window. /Odd Andersen/AFP

More than a dozen people were injured, said a police spokesperson at the scene in the street near to the war-ravaged Kaiser Wilhelm Memorial Church, one of the German capital's best-known landmarks.

Six were in a life-threatening condition, and another three were seriously hurt, the fire service said.

More than 100 emergency workers swarmed the scene after the incident. The small silver Renault was lodged inside a shop after smashing through a plate glass display.

Blankets covered what appeared to be a body in a cordoned-off area guarded by police. Rescue workers moved apparently conscious people on stretchers towards an ambulance, including one woman sitting up, and another who covered her face with her hand.

Reuters reported that placards relating to Turkey were discovered in the car.

"There are said to have been placards inside but there was no letter of confession," said the city's state interior minister, Iris Spranger, refuting an earlier report from Bild.

Frank Vittchen, a witness at the scene, said he was sitting at a fountain nearby when he "heard a big crash and then also saw a person fly through the air".

The vehicle drove "at high speed onto the pavement and didn't brake", he said, with its windows shattering from the impact. "It all happened so fast," he said.

Another witness who declined to be named told AFP the people hit by the car included a group of 15-16-year-olds, and that two teachers were among those injured.

Famous Scottish-American actor John Barrowman posted a video on his Twitter account from the scene. "I heard the bang and the crash when we were in a store, and then we came out and we just saw the carnage," Barrowman said on the video.

The country has suffered several such attacks since the deadly 2016 assault in which a truck was deliberately driven into a Christmas market at the Kaiser Wilhelm Memorial Church, leaving 12 people dead and 56 others injured. Most of the attacks have been carried out by people who were found to have psychological issues.

In December 2020, a German man ploughed his car through a pedestrian shopping street in the southwestern city of Trier, killing four adults and a baby.

Earlier the same year, a German man rammed his car through a carnival procession in the central town of Volkmarsen, injuring dozens of bystanders, including children. He was sentenced to life in jail last year.

In January 2019, another German national injured eight people when he drove into crowds on New Year's Eve in the western cities of Bottrop and Essen. He was later taken into psychiatric care.

In April 2018, a German man crashed his van into people seated outside a restaurant in the city of Muenster, killing five before shooting himself dead. Investigators later said he had mental health problems.

During the football World Cup in Germany in 2006, a German man rammed his car into crowds gathered to watch a match at the Brandenburg Gate in Berlin, injuring some 20 people. The driver was later committed to a psychiatric hospital.