Huge waves crash onto the beach at a beautiful bay on France's Atlantic coastline which has become a "wave reserve" which means it will be left to nature and for surfers to enjoy.

Wave reserves were first envisaged to protect surf spots in the 1970s but they have also evolved into ensuring conservation for ecologically valuable coastal areas.

Now the first has been made on France's Atlantic coastline at the town of Saint-Pierre-Quiberon to preserve waves from human intervention.

Grégoire Touron-Gardic, researcher at the University of Portsmouth, who specialises in the management of marine protected areas, told how people come from far and wide to see the waves at Port-Blanc and Port Bara.

He said: "The waves here are remarkable. We have very big, big waves that are easily formed here. It's a surf spot too, renowned at national level. Also, it's the whole environment nearby, the Côte sauvage, which is beautiful and emblematic, people travel from far away on stormy days to come and see the waves here." 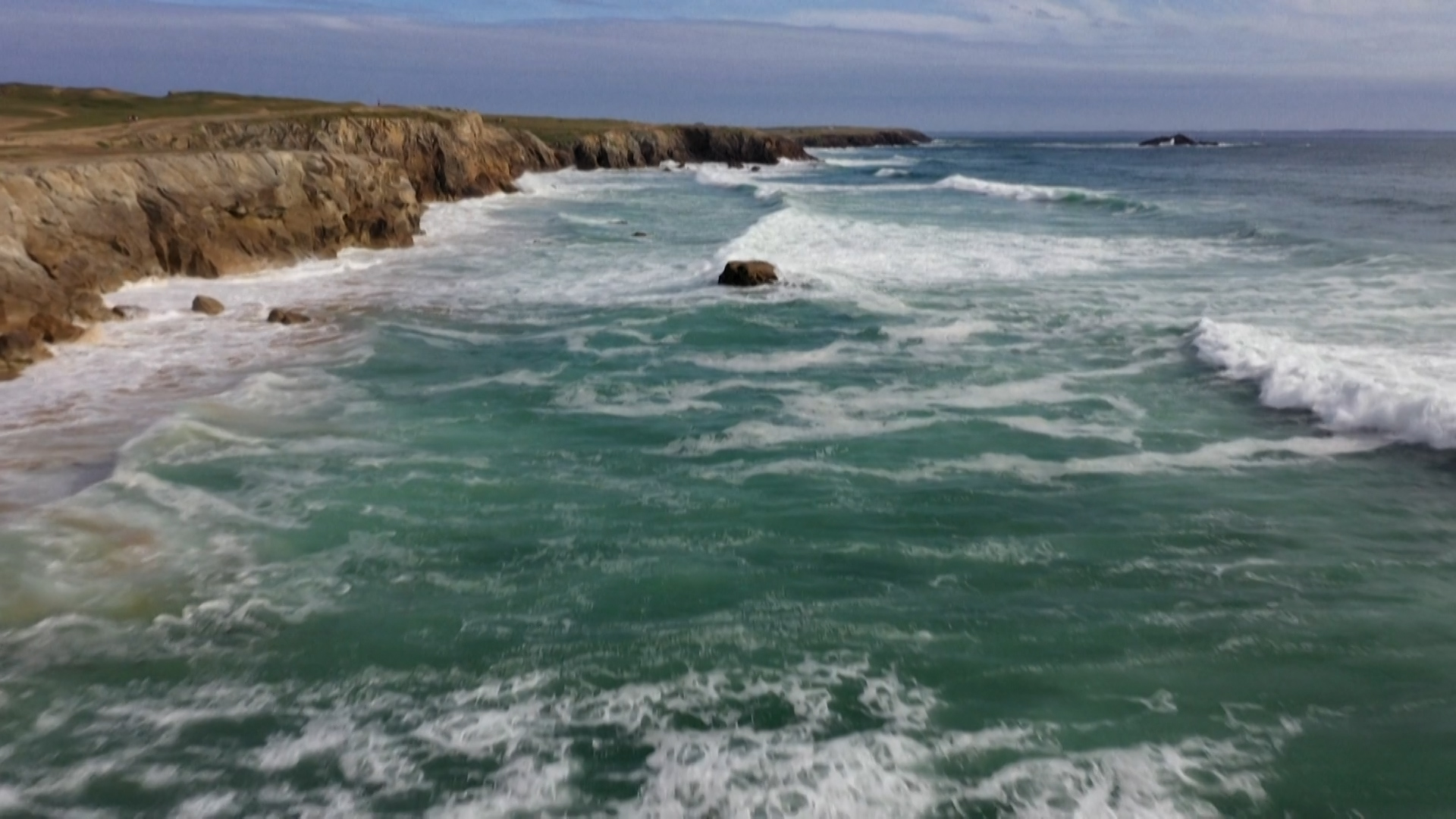 The shore at Saint-Pierre-Quiberon which has been made a "wave reserve." Marie Hospital, Damien Meyer / AFPTV

The shore at Saint-Pierre-Quiberon which has been made a "wave reserve." Marie Hospital, Damien Meyer / AFPTV

Surfer Erwan Simon said it is important to preserve the stunning location.

"The idea of creating a wave reserve is to say that in this place, within a defined perimeter, we preserve the waves, we commit ourselves not to artificialize them and to do everything to spare them from any human modification, and the idea is that they continue to break naturally for several generations if possible," he said.

"There's a case in point, in the Spanish Basque Country, there's a village called Mundaka, where there's one of the most famous spots in Europe and in the world, and about 20 years ago the authorities dredged the sand at the mouth of the river and the waves completely disappeared.

"This shocked the surfing community. Fortunately, little by little, over the years, the sand has been replenished and now the surfers have decided to create a wave reserve to avoid repeating the mistake."

Stephanie Doyen, Mayor of Saint-Pierre-Quiberon, said that preserving the waves is also important for the local economy.

"The interest for us was to enshrine the cultural dimension of these waves because this place attracts a lot of people: people who come to surf, who come to walk, who come to admire this landscape and who therefore, necessarily, make purchases on the territory, participate in our economic and cultural life, tourism," she said.

"So there is also this whole aspect, indeed, I would say, economic, quite simply, which is important."