Download
The race to save unique underwater prehistoric art
CGTN 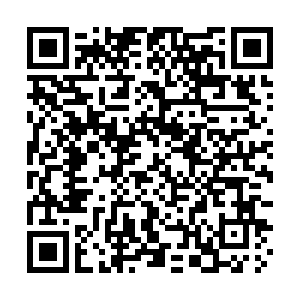 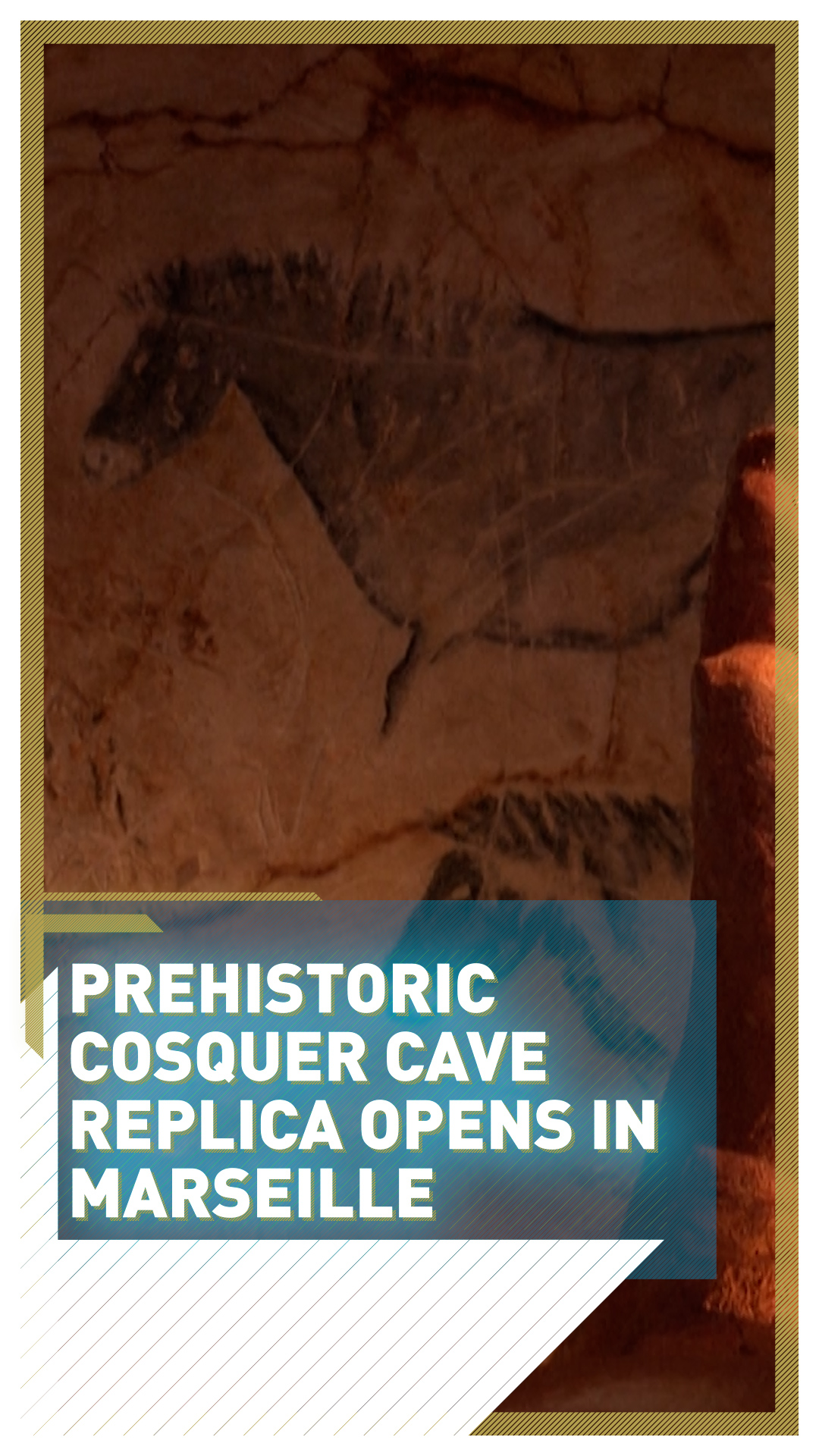 It's the only place in the world where cave paintings of prehistoric marine life have been found, so perhaps its fitting that to reach the Cosquer cavern archaeologists have to dive to the bottom of the Mediterranean off southern France.

Now they are racing to preserve it as it's increasingly threatened by rising sea levels and microplastic pollution.

Three men died trying to discover this "underwater Lascaux" as rumours spread of a cave to match the one in southwestern France that completely changed the way we see our Stone Age ancestors.

Lascaux -- which Picasso visited in 1940 -- proved the urge to make art is as old as humanity itself.

Archaeologist Luc Vanrell's life changed the second he surfaced inside the Cosquer cavern and saw its staggering images. Even now, 30 years on, he remembers the "aesthetic shock".

But the cave and its treasures, some dating back more than 30,000 years, are in grave danger. Climate change and water and plastic pollution are threatening to wash away the art prehistoric men and women created over 15 millennia.

Since a sudden 12-centimetre (near-five-inch) rise in the sea level there in 2011, Vanrell and his colleagues have been in a race against time to record everything they can.

Every year the high water mark rises a few more millimetres, eating away a little more of the ancient paintings and carvings. 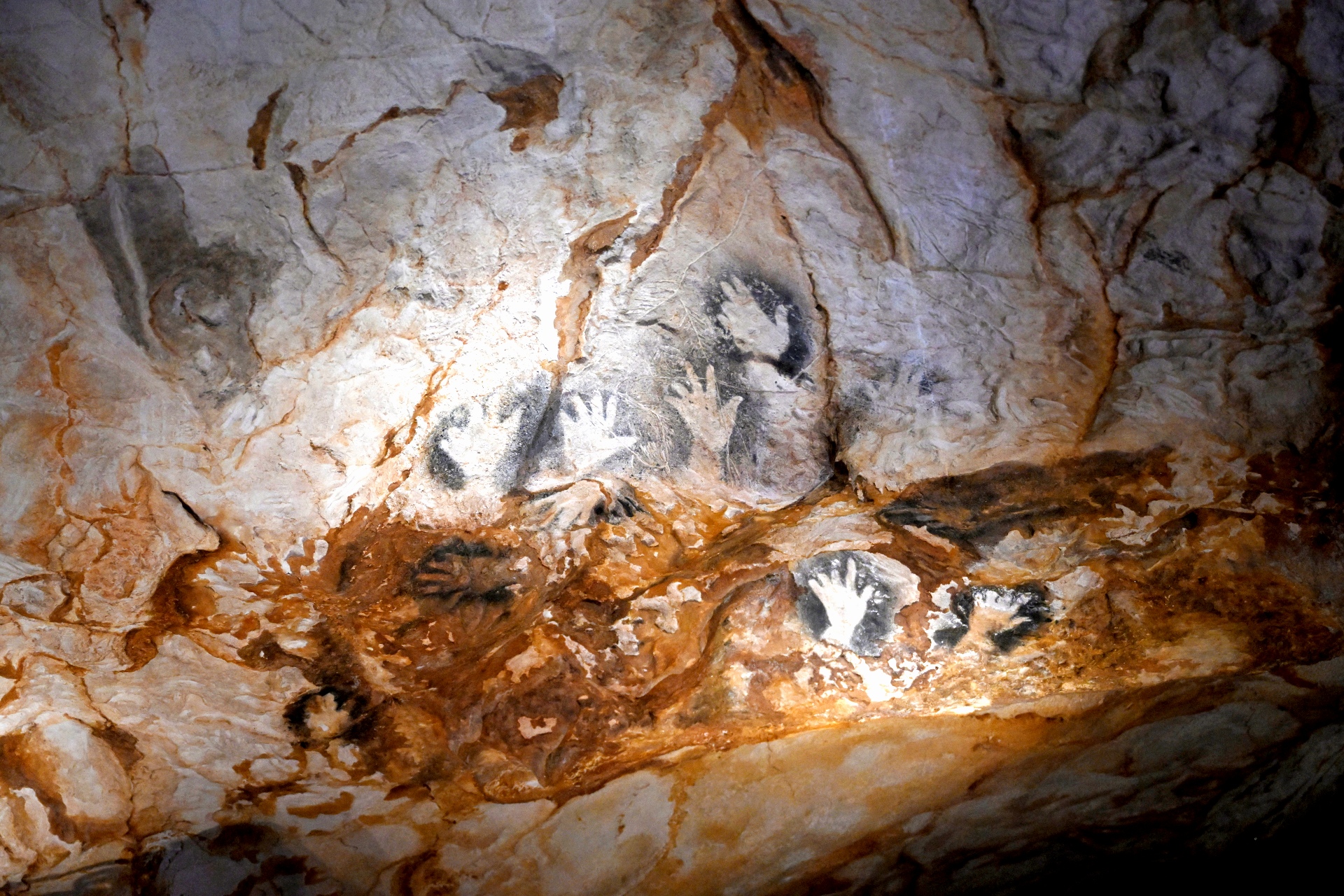 Vanrell and the diver-archaeologists he leads are having to work faster and faster to explore the last corners of the 2,500 square metre (27,000 square feet) grotto to preserve a trace of its neolithic wonders before they are lost.

An almost life-sized recreation of the Cosquer cavern will open this week a few kilometres (miles) away in Marseille.

Around 600 signs, images and carvings -- some of aquatic life never before seen in cave paintings -- have been found on the walls of the immense cave 37 metres below the azure waters of the breathtaking Calanques inlets east of Marseille

The cave was some "10 kilometres from the coast" when it was in use, archaeologist Michel Olive told AFP. "At the time we were in the middle of an ice age and the sea was 135 metres lower" than it is today.

The walls of the cave show the coastal plain was teeming with wildlife -- horses, deer, bison, ibex, prehistoric auroch cows, saiga antelopes but also seals, penguins, fish and a cat and a bear.

The 229 figures depicted on the walls cover 13 different species.

But neolithic men and women also left a mark of themselves on the walls, with 69 red or black hand prints as well as three left by mistake, including by children.

And that does not count the hundreds of geometric signs and the eight sexual depictions of male and female body parts.

The sheer density of its graphics puts "Cosquer among the four biggest cave art sites in the world alongside Lascaux, Altamira in Spain and Chauvet," which is also in southern France.

"And because the cave walls that are today underwater were probably also once decorated, nothing else in Europe compares to its size," he added.

Exploring Cosquer is also "addictive", the 62-year-old insisted, with a twinkle in his eye. "Some people who have been working on the site get depressed if they haven't been down in a while. They miss their favourite bison," he smiled.

For Vanrell, diving down is like a "journey into oneself". The spirit "of the place seeps into you".

Henri Cosquer, a professional deep sea diver running a diving school, said he found the cave by chance in 1985, just 15 metres off the bare limestone cliffs.

Little by little he dared to venture further and further into 137-metre-long breach in the cliff until one day he came out through a cavity cut out by the sea.

"I came up in a pitch-dark cave. You are soaking, you come out of the mud and you slide around... It took me a few trips to go right around it," he told AFP.

"At the start, I saw nothing with my lamp and then I came across a hand print," the diver said.

While the law dictates that such discoveries must be declared immediately to the authorities so they can be preserved, Cosquer kept the news to himself and a few close friends.

"Nobody owned the cave. When you find a good spot for mushrooms, you don't tell everyone about it, do you?" he said.

But rumours of this aquatic Lascaux drew other divers and three died in the tunnel leading to the cave. Marked by the tragedies, Cosquer owned up to his discovery in 1991. The cave which bears his name is now sealed off by a railing. Only scientific teams are allowed inside.

Dozens of archeological research missions have been carried out since to study and preserve the site and make an inventory of the paintings and carvings. But resources began to drain away when Chauvet, which is much easier to access, was discovered in the Ardeche region in 1994. 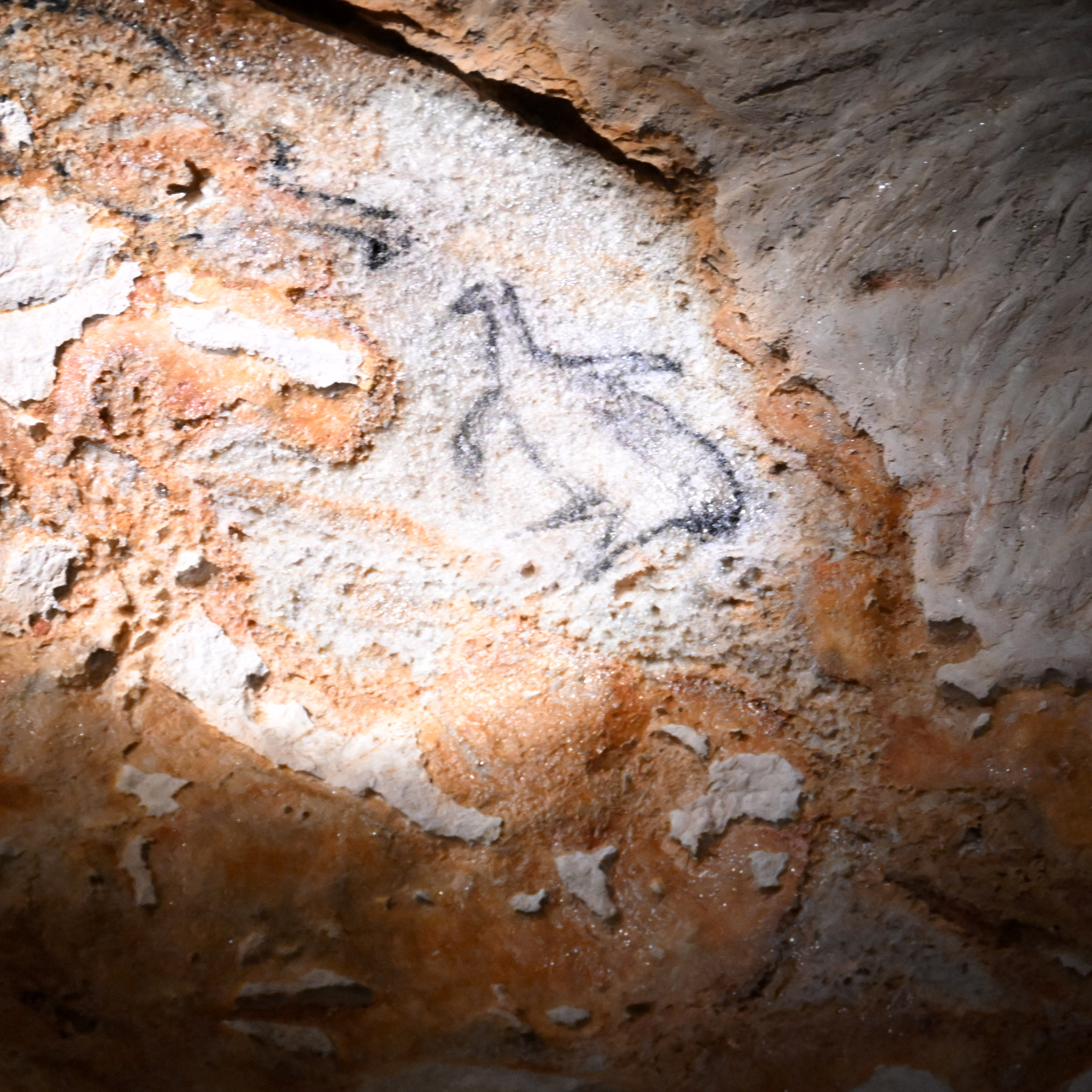 Only in 2011 did things begin to change when Olive and Vanrell raised the alarm after the rapid rise in the sea level led to irreparable damage to some images.

"It was a catastrophe, and it really shook us psychologically," Vanrell recalled, particularly the enormous damage to the horse drawings.

"All the data shows that the sea level is rising faster and faster," said geologist Stephanie Touron, a specialist in prehistoric painted caves at France's historic monuments research laboratory.

"The sea rises and falls in the cavity with variations in climate, washing the walls and leeching out soil and materials that are rich in information," she said.

Microplastic pollution is making the damage to the paintings even worse.

In the face of such an existential threat, the French government has launched a major push to record everything about the cavern.

The idea of making a replica of the site was first mooted soon after the cave was discovered. But it wasn't until 2016 that the regional government decided that it would be in a renovated modern building in Marseille next to Mucem, the museum of European and Mediterranean civilisations at the mouth of the city's Old Port.

Using the 3D data gathered by the archaeological teams, the 23-million-euro ($24-million) replica is slightly smaller than the original cave but includes copies of all the paintings and 90 percent of the carvings, said Laurent Delbos from Klebert Rossillon, the company which copied the Chauvet cave in 2015.

Artist Gilles Tosello is one of the craftspeople who has been copying the paintings using the same charcoal and tools that his Stone Age forerunners used.

"The prehistoric artists wrote the score long ago and now I am playing it," he said sitting in the dark in his studio, a detail of a horse lit up before him on the recreated cave wall.

Clearly moved, he hailed the great mastery and "spontaneity" of his prehistoric predecessors, whose confident brush strokes clearly came from "great knowledge and experience. That liberty of gesture and sureness never ceases to amaze me," he said.