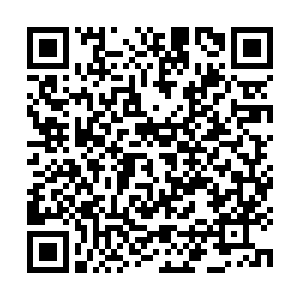 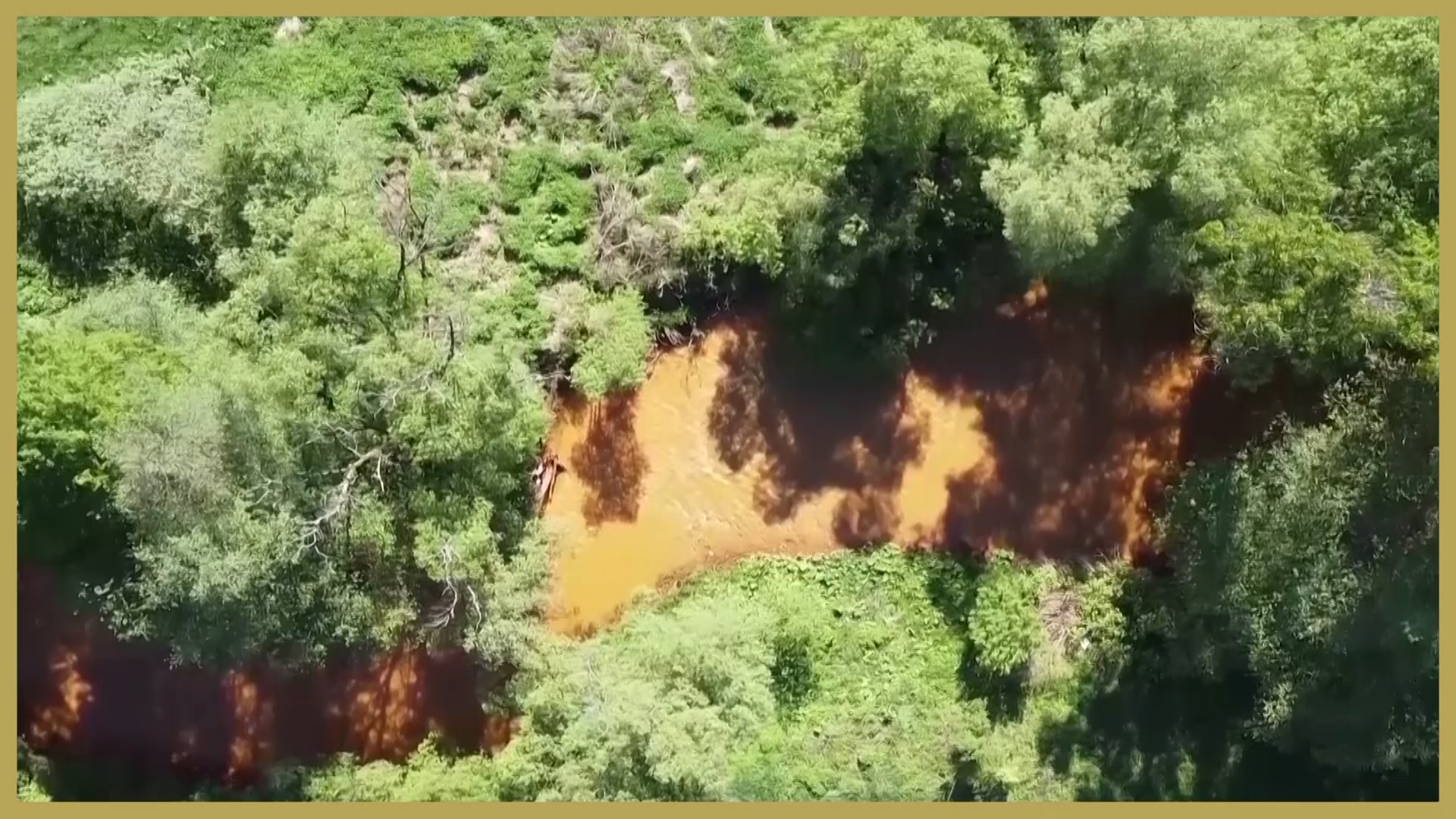 Environmental activists in eastern Slovakia are desperately trying to stop polluted water entering the Slana River. For the past three months, water with high levels of iron, zinc and arsenic, has been flowing into the river from a derelict mine.

Along a 20 to 30-kilometer stretch of the Slana, before it reaches Hungary, the river has turned bright orange and the wildlife has been completely destroyed.

The state-owned Rudne Bane mining company said the water flowing into the river was from underground emerging from a flooded iron ore pocket, which had been mined until 2008.

Meanwhile, Slovakian authorities say they are taking remedial action and have set aside over $200,000 to rectify the situation.

Beavers back in London

'We feel this region has been abandoned'

But local activists say this ecological disaster started to unfold around mid-February and are questioning whether the river can be cleansed and revived. They are taking matters into their own hands, by donning gas masks to pile up sandbags at the source of the toxic water. 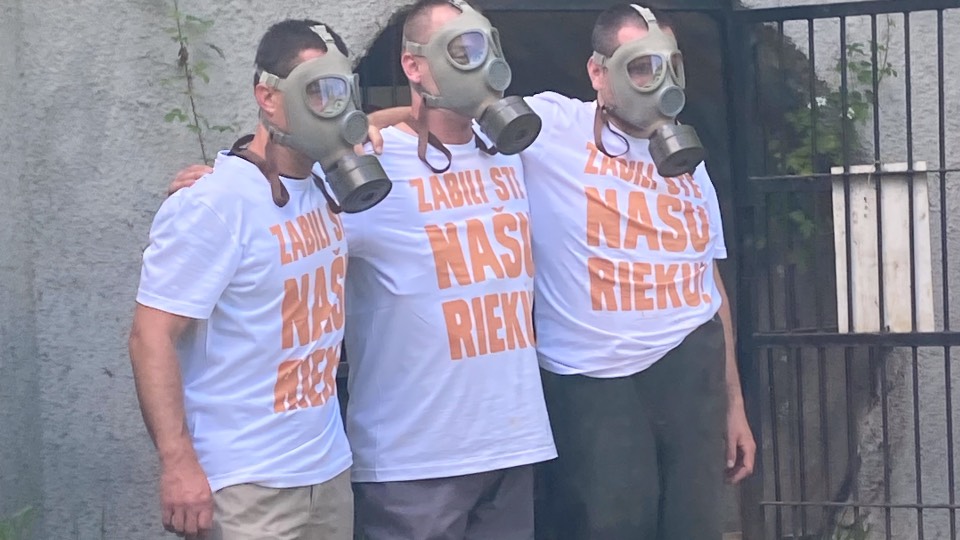 Endre Szabo, manager of Gombaszog campsite based close to the river bank, says he is extremely concerned this could soon impact the health of local residents.

"It only took 70 days for the fish and crabs to be killed, who knows how long it will take for the toxic water to get to the (water) wells," Szabo said.

Orosz Ors, one of the local activists, is leading the petition to save the Slana, and has been trying to raise awareness about the issue since March. "We started a petition which already has over 10,000 signatures and many organizations are complaining to Europe about this situation," Ors told CGTN Europe.

"We will continue to put pressure on the government, it's totally unacceptable for people living here and we feel this region has been abandoned." 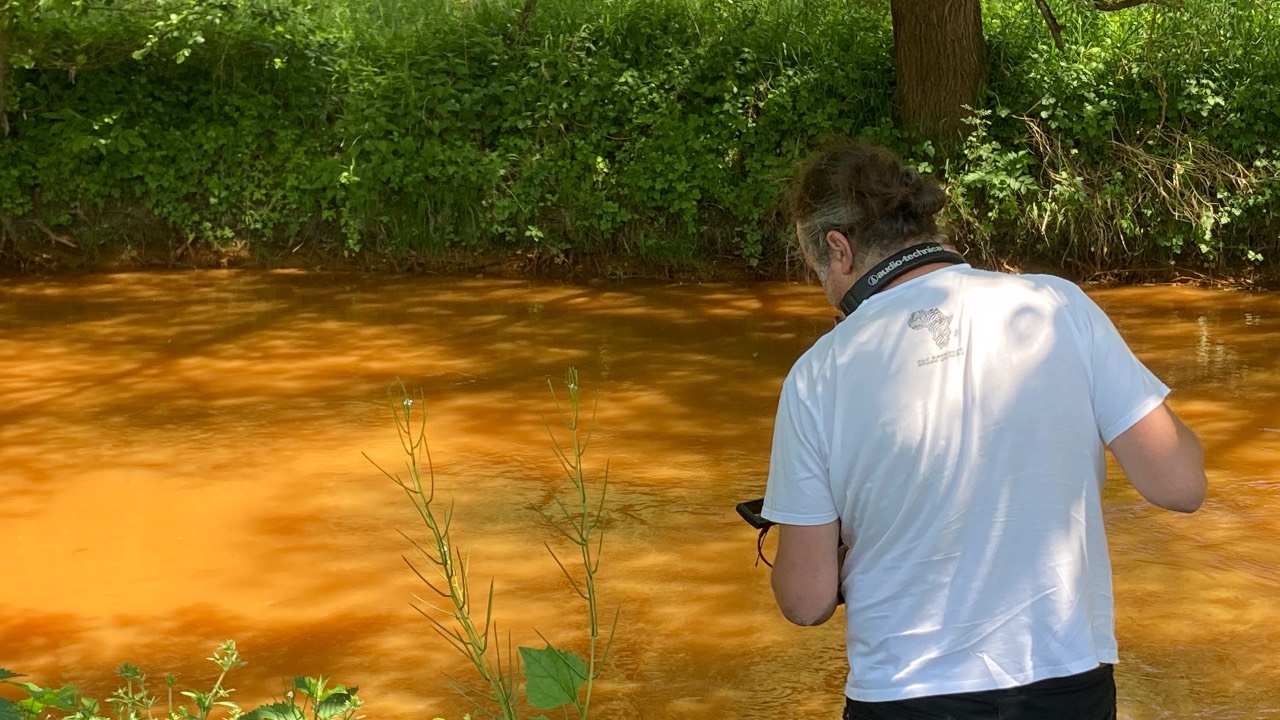 Slana River flows across the eastern Slovakian border into the northeast of Hungary. /Jessica King/CGTN

Slana River flows across the eastern Slovakian border into the northeast of Hungary. /Jessica King/CGTN

'A catastrophe that needs cooperation'

The contamination could soon be a problem for neighboring Hungary, as the Slana flows across the eastern Slovakian border into the northeast of Hungary.

The Slovakian environment ministry said checks at the closest point to the Hungarian border showed that the presence of possibly dangerous materials or elements did not exceed accepted or "in norm" levels despite the reddish orange color of the river.

But speaking to CGTN outside the parliament in Budapest, Laszlo Lorant Keresztes, the head of Hungary's Sustainable Development Commission said it is a catastrophe that needs cooperation from all sides.

Keresztes added that Hungary also has "a duty to protect this river and to prepare for the time that toxic material will enter Hungary."