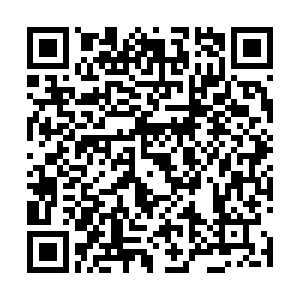 Graffiti in a loyalist area of East Belfast indicates the strength of feeling against the protocol among many unionists. /Clodagh Kilcoyne/Reuters

Graffiti in a loyalist area of East Belfast indicates the strength of feeling against the protocol among many unionists. /Clodagh Kilcoyne/Reuters

The Democratic Unionist Party (DUP) will not agree to a new power-sharing assembly in Northern Ireland until the issue of the protocol is resolved, according to the unionists at Stormont.

DUP leader Jeffrey Donaldson said the protocol undermines the foundations of Northern Ireland's institutions. "It has altered our constitutional status without our consent," he said. "It needs to be dealt with."

Nationalist party Sinn Fein, which was hoping to install its leader as First Minister of Northern Ireland for the first time has accused the DUP of "punishing the public."

"They are disgracefully holding the public to ransom for their Brexit mess," said Sinn Fein leader Michelle O'Neill.

Without a first minister or indeed an Assembly speaker, newly-elected members (MLAs) cannot take their seats and the Assembly can't work.

The Northern Ireland protocol was agreed and ratified by London and Brussels in 2020. It allows free movement of goods between Northern Ireland and Ireland to the south across the shared land border.

EXPLAINED What is the Northern Ireland Protocol?

Post-Brexit checks are now required between the UK and the EU because Britain now works to different environmental, labor and production standards to the European Union. Sausages made in Britain, for example, may violate EU regulations.

So, the checks happen on Northern Ireland's sea border with the UK – which the unionists, and the British government, say is putting intolerable pressure on the local economy and must be reworked.

That is the fight currently turning sour between Westminster and Brussels with negotiations led by Foreign Secretary Liz Truss and European Commission VP Maros Sefcovic.

The public language is getting harsher, and Britain is threatening to explore options that the EU says would violate the 2020 agreements and is hinting at reprisals.

President Biden is deploying diplomats to monitor the situation and has already warned Boris Johnson against reneging on the protocol deal.

The popularity of the protocol within Northern Ireland is now up for debate. The nationalists claim it has more public support than Westminster and the unionists are saying.

Michael Pierse from Queen's University Belfast says the moderate vote that did well in recent elections could point to more enthusiasm for the protocol.

He says the DUP might now "further alienate" moderate unionists that might be starting to wonder if Northern Ireland can ever function "in any kind of normal way with the current arrangements".

The Stormont Assembly is 100 years old and the Good Friday Agreement will be 25 next year.

Even so, for the first time in modern history, the whole notion of this style of devolved government is starting, for many, to look tired.