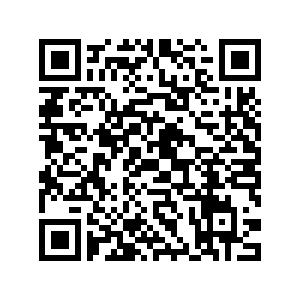 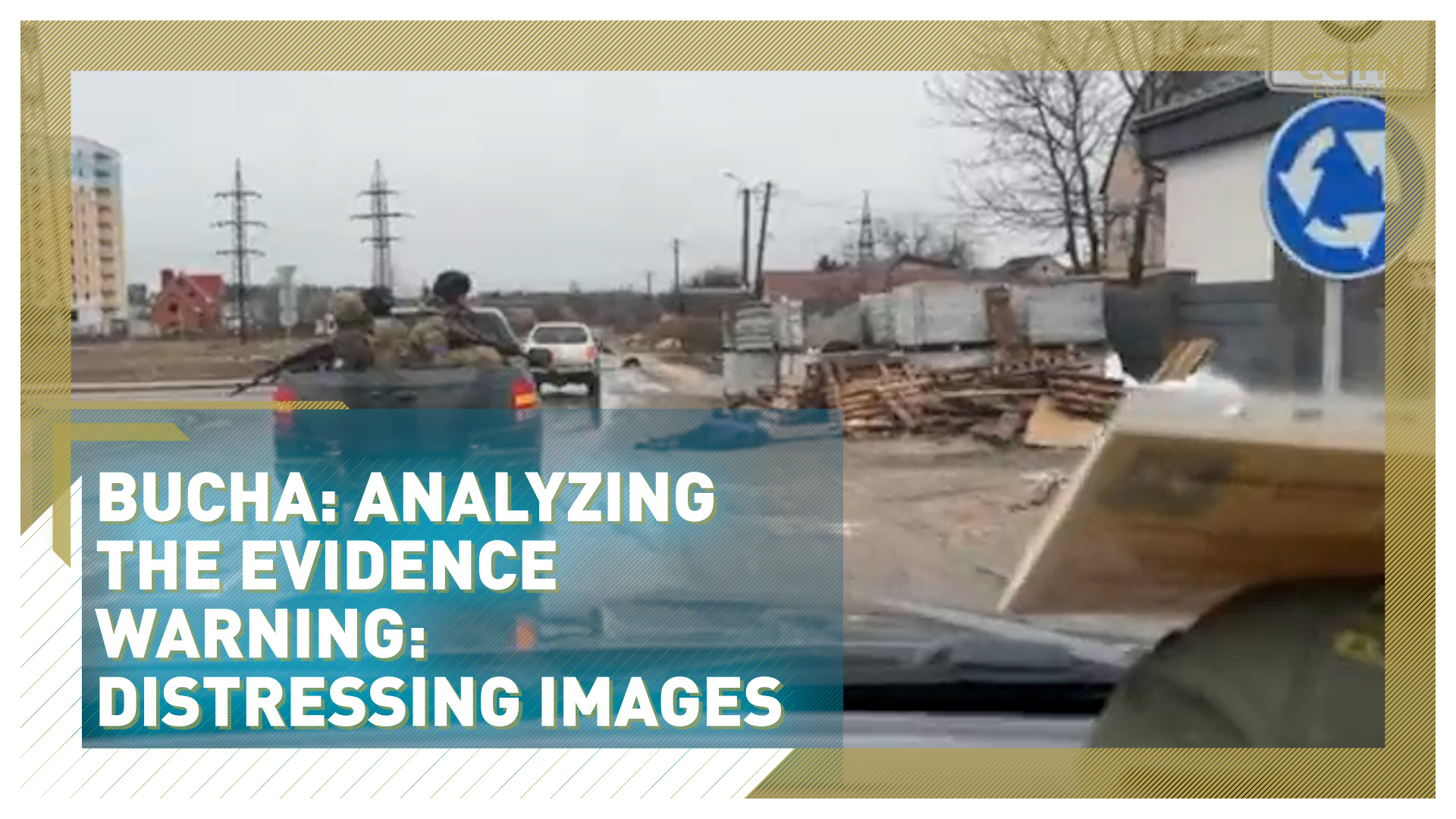 WARNING: READERS MAY FIND IMAGES IN THIS STORY DISTURBING

Images of bodies found in the Ukrainian city of Bucha after the withdrawal of Russia forces have shocked the world, with several leaders expressing their horror.

However, Russia has hit back at the criticism, claiming Ukraine has faked the footage. "It is a simply a well-directed – but tragic – show," Kremlin spokesman Dmitry Peskov told reporters. "It is a forgery aimed at denigrating the Russian army – and it will not work."

"We have empirical evidence to support this," said former Russian President Dmitry Nebenzya. "We intend to submit them to the [United Nations] Security Council as soon as possible so that the international community is not misled by the false plot of Kyiv and its Western sponsors." 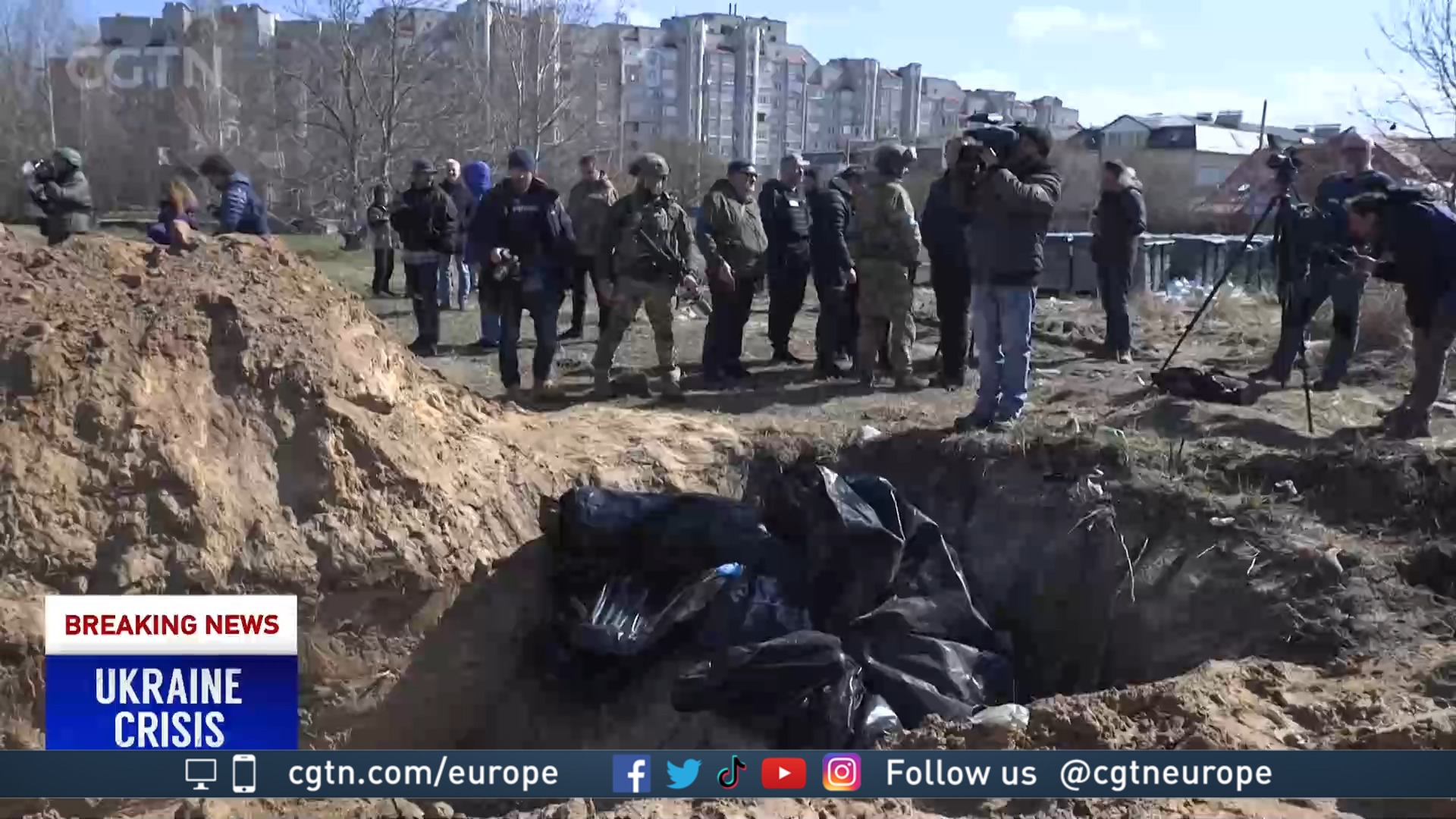 The Russian Embassy in Canada was particularly scathing in a tweet posted on Sunday, saying "Global affairs Canada is fooled by [Ukraine-] staged video showing faked dead bodies in the town of Bucha near Kiev. Slowed down version clearly shows a 'corpse' moves his hand and then sits up after the car passes by (seen in the rear mirror)."

This refers to a video tweeted on Saturday by Ukraine's defense ministry, with footage taken from a car driving through Bucha along Yablonska Street.

The section with the corpse 'moving its hand' happens 10 seconds into the video on the Ukrainian tweet. However, analysis of the 'movement' suggests it is a gray-white mark on the car's windscreen, or possibly a drop of rain. Other similar marks can be seen at various points in the video.

A Russian senator speaks to CGTN, below: 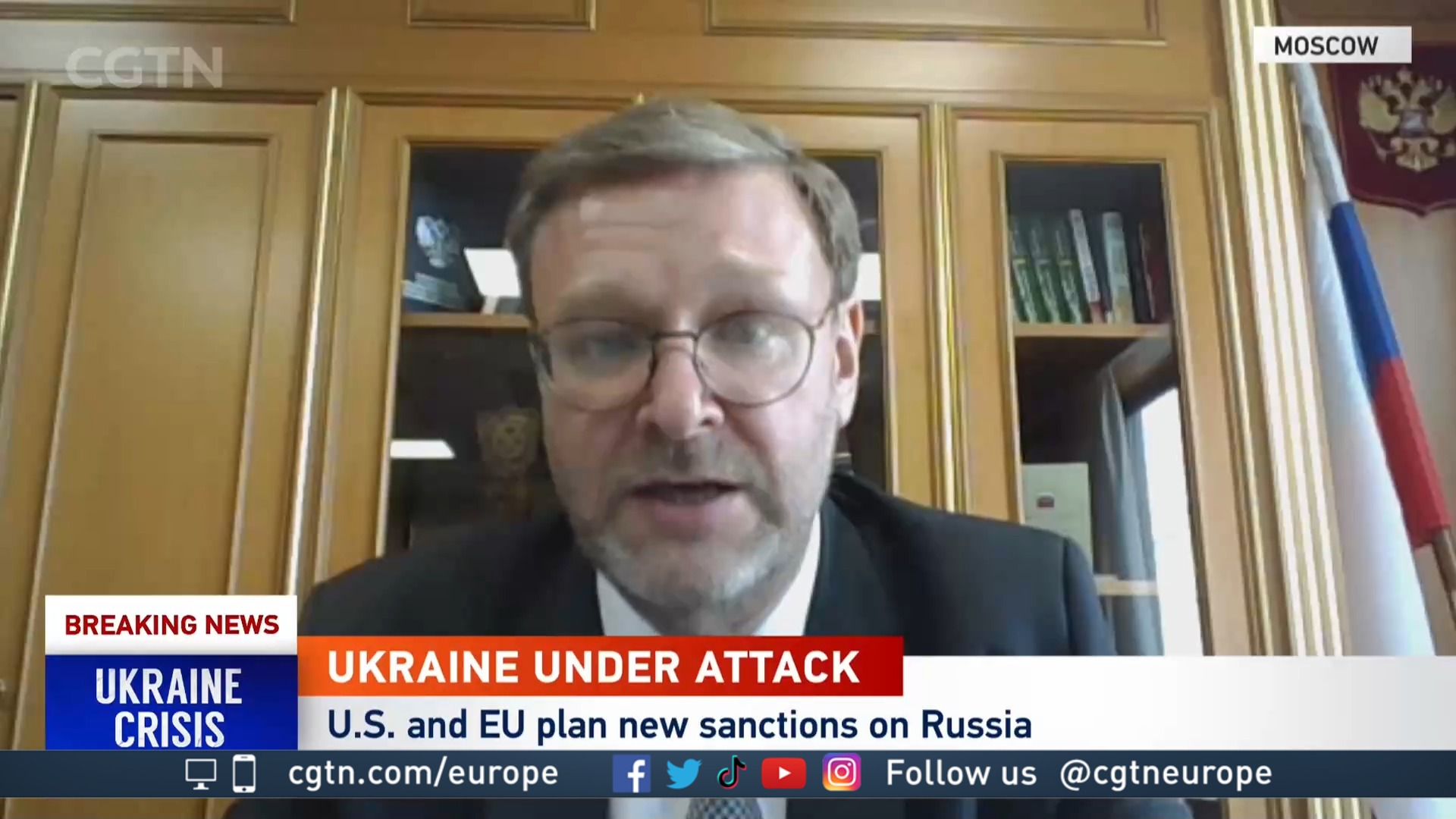 The corpse said to be sitting up in the rear-view mirror is much later in the video on the Ukraine tweet. At 46 seconds the footage briefly shows a body in the gutter, filmed out of the car's side window. A couple of seconds later, as the camera pans back around to the windscreen, there is a brief sighting of the body in the wing mirror.

It's barely discernible at normal speed, but a subsequent tweet from Russia's Canadian embassy notes "This is easily seen if you play the video at 0.25 of normal speed." However, slowing the video down shows that the apparent movement is due to the distorting effect of the curved edge of the mirror, as commonly noted by any driver when overtaking or being overtaken.

Russian counter-claims are partly based on timing. As the Russian embassy in Canada tweeted, "Taking into account that the troops left the city on March 30, where was the footage for four days? Their absence only confirms the fake."

However, many independent international news agencies have been studying the footage, and The New York Times has analyzed Maxar satellite imagery to show that the bodies were lying in the road on March 19, when Russia's military was in control of the town.