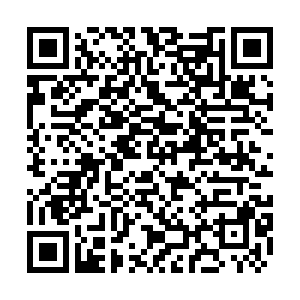 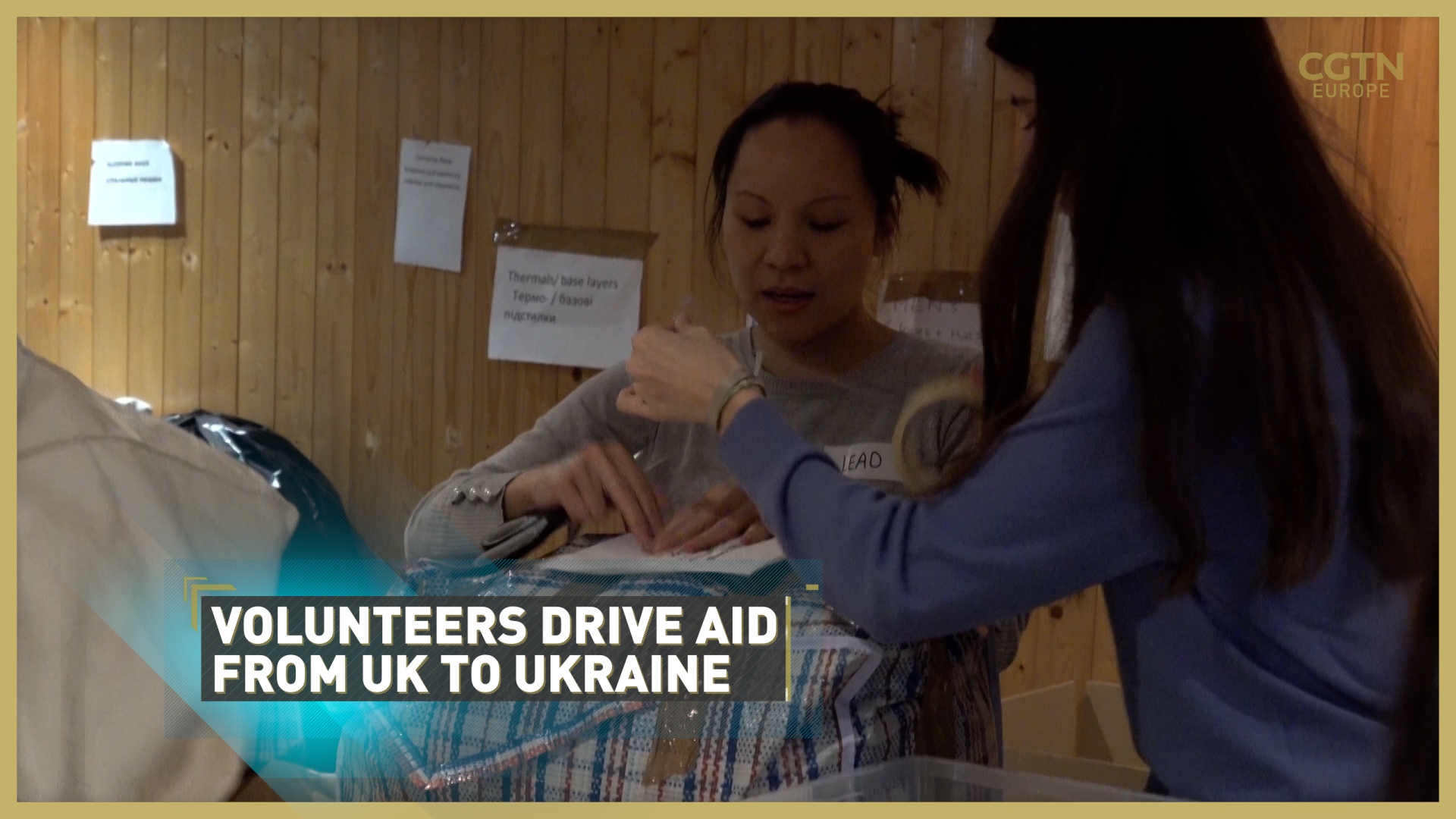 Downstairs in the small basement of Prosperity, a Ukrainian restaurant near London, a small army of volunteers, young and old, is working frantically.

With practiced efficiency, they box up warm clothes, blankets, sleeping bags, high-energy foods, non-perishable snacks and other essentials. All this is to be driven to Ukraine within days, to help the humanitarian aid effort both for those fleeing the ongoing fighting and people caught up in it within the country.

Outside, a chain of human hands passes boxes to pile high into a waiting van, which will soon commence the long drive to deliver to those most in need.

Each one of the volunteers was moved to help the plight of people in Ukraine, some now committed to helping full-time.

"It has been overwhelmingly positive. I think it's very heartwarming to see for everyone who is Ukrainian and volunteering here, how much people truly care, how much they want to help," says Prosperity team leader Sophia Smirnova, a young law student from Lyiv who grew up in the UK.

This generous and enthusiastic community aid effort is replicated across the country. Volunteer Oliver Horsman, who usually has an office job, ended up driving to Ukraine from his home in Sussex to deliver a van load of goods. 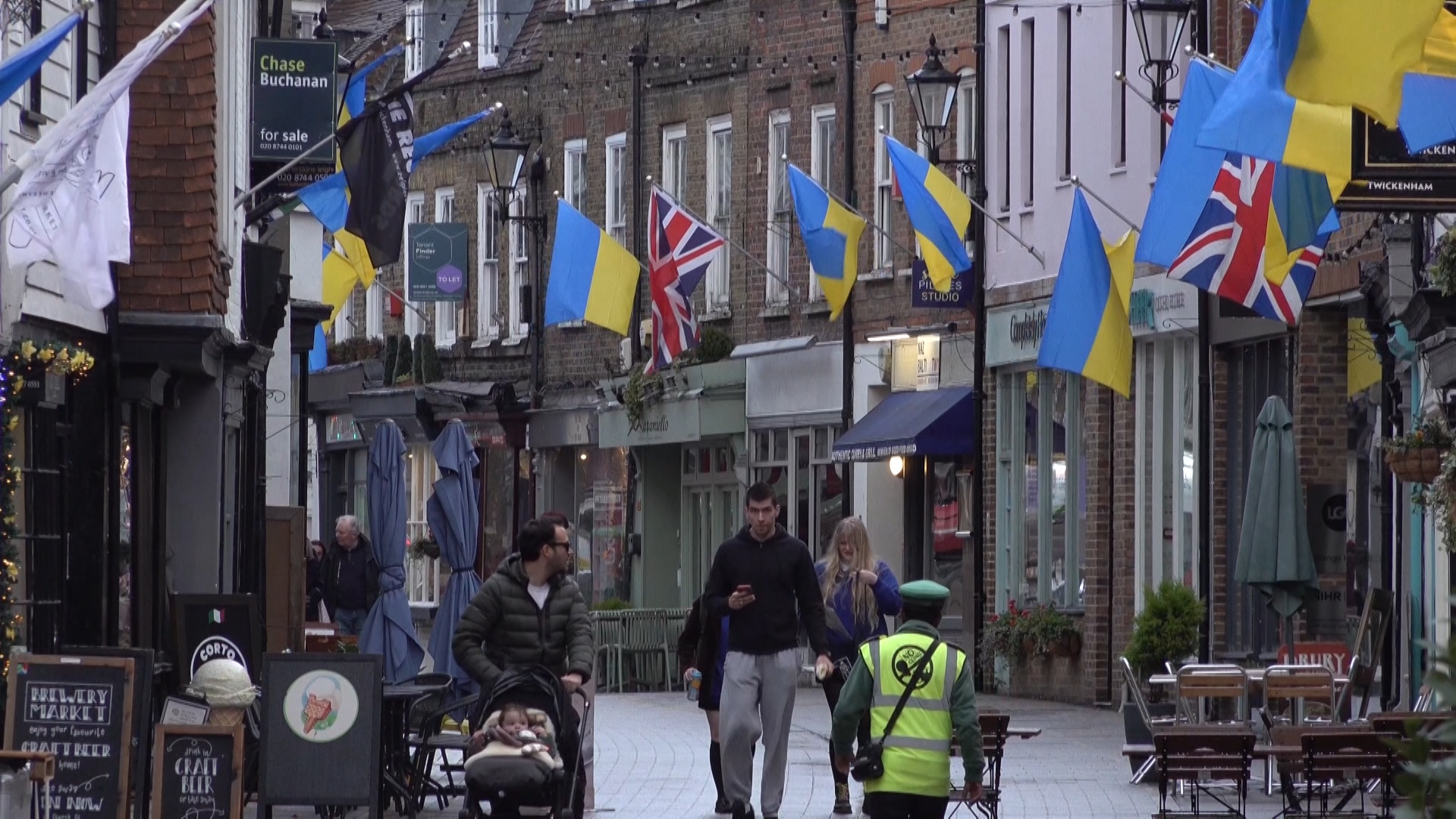 Volunteers were surprised by the response on social media for donations to help those impacted by the war in Ukraine. /Kitty Logan/CGTN Europe

Volunteers were surprised by the response on social media for donations to help those impacted by the war in Ukraine. /Kitty Logan/CGTN Europe

He was taken aback by the overwhelming response he received to a post on social media for donations to help those impacted by the war in Ukraine. Even more so by the welcome he received when he delivered the aid in person.

"All of them were genuinely tearful when they saw what we've got and specifically they'd ordered and we'd delivered what they'd asked for, the appreciation was amazing," he said, "but the message was, we need more, we need more."

And Horsman has done much more since, delivering over 150 tonnes of aid so far through his sister's local charity GeeWhizz.

Another initiative – #CookforUkraine, which encourages people to cook and sell Ukrainian dishes to raise funds for UNICEF to continue assisting children and families in Ukraine – has also captured the imagination of the public. 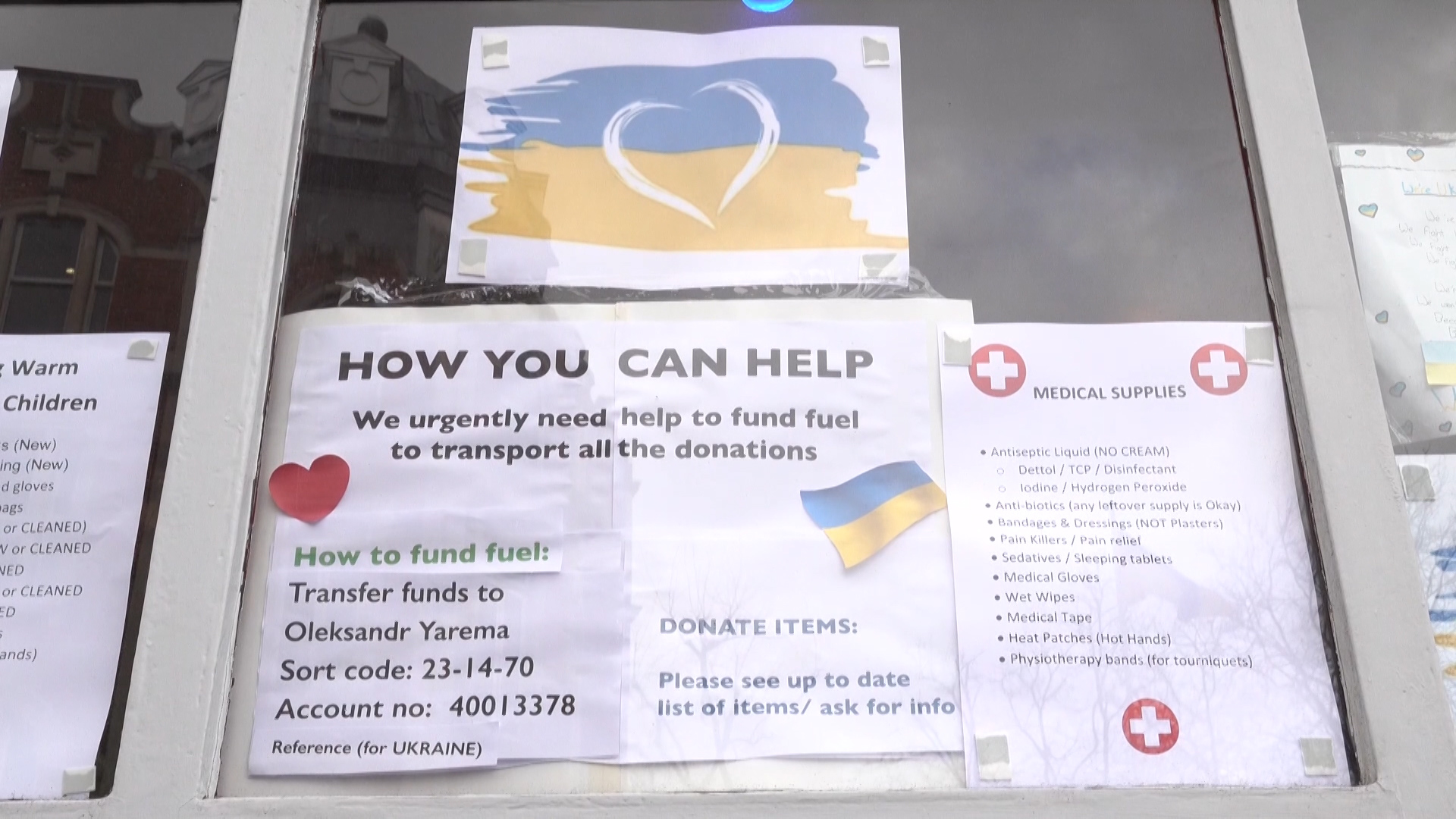 Some UK businesses have joined the humanitarian effort, like those selling street food for the #CookforUkraine campaign. /Kitty Logan/CGTN Europe

Some UK businesses have joined the humanitarian effort, like those selling street food for the #CookforUkraine campaign. /Kitty Logan/CGTN Europe

At the town hall in Henley-on-Thames, in Oxfordshire, local businesses have come to together to sell street food for the #CookforUkraine campaign.

Zoe Ferreira, who runs the Henley Larder deli, is serving up traditional Ukrainian borscht soup, based on her mothers' recipe.

"All of us are desperate to work out what to do," she says, "but by doing something like this and bringing the community together on it and also raising money to give directly to the people who need it – it couldn't be better."

The events sold out within hours and raised more than $6,000. Meanwhile the Prosperity restaurant collection is growing by the day, expanding into a church hall and other local buildings.

A steady stream of cars, school buses and passers by drop off whatever they can carry. The war in Ukraine has moved people to act, more so than ever before.