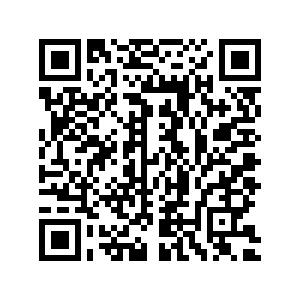 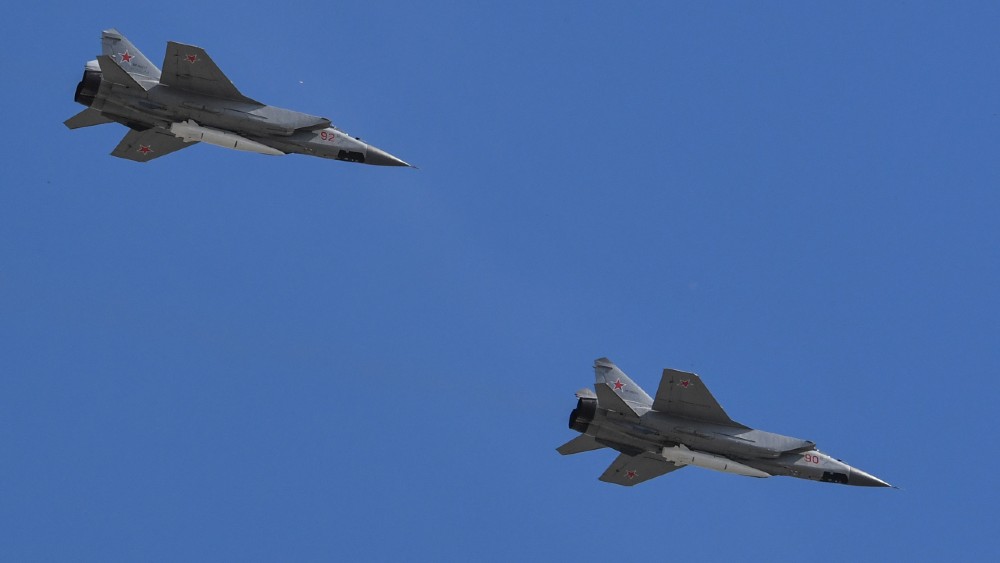 The UK, the U.S. and Australia have agreed to cooperate on hypersonic weapons and electronic warfare capabilities, similar to the equipment used by Russia in the Ukraine conflict, following a call between leaders of the new AUKUS defense alliance.

In a joint statement, AUKUS leaders Johnson, U.S. President Joe Biden, and Australian Prime Minister Scott Morrison said they were pleased with the program's progress for conventionally armed, nuclear-powered submarines for Australia, and the allies would co-operate in other areas too.

"We also committed today to commence new trilateral cooperation on hypersonics and counter-hypersonics, and electronic warfare capabilities," the statement said.

The U.S. and Australia already have a hypersonic weapon program called SCIFiRE, and British officials said that though Britain would not join that program, the three countries would work together on research and development in the area to increase their options.

The development of hypersonic weapons could fuel a crisis like the Ukraine conflict in other parts of the world, stated China's U.N. Ambassador Zhang Jun when asked about the deal.

"Anyone who do not want to see the Ukrainian crisis should refrain from doing things which may lead the other parts of the world into a crisis like this," Zhang told reporters. "As the Chinese saying goes: if you do not like it, do not impose it against the others." 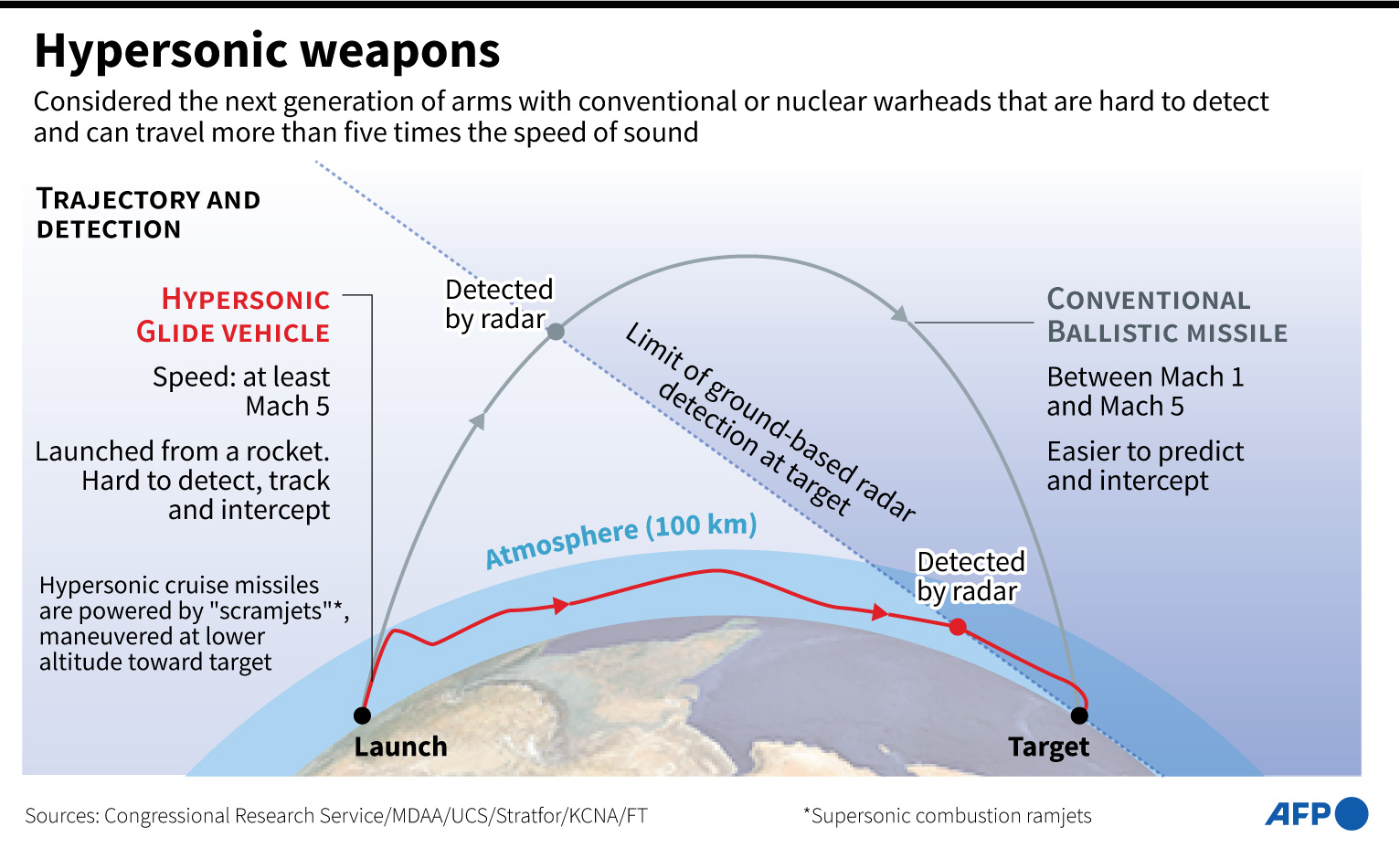 The pact's announcement comes as, last month, Russia stated it used its newest Kinzhal (dagger) hypersonic missiles in western Ukraine. Russia's bombing of an underground weapons storage site, close border with NATO member Romania, was what analysts said was the first use of such weapons.

Russia has never before admitted to using the high-precision weapon in combat. "The Kinzhal aviation missile system with hypersonic aeroballistic missiles destroyed a large underground warehouse containing missiles and aviation ammunition in the village of Deliatyn in the Ivano-Frankivsk region," the Russian defense ministry said following the attack.

Russian President Vladimir Putin has termed the Kinzhal air-launched missile "an ideal weapon" that flies at ten times the speed of sound and can overcome air-defense systems. The Kinzhal missile was one of an array of new weapons Putin unveiled in his state-of-the-nation address in 2018.

They are also harder for defensive systems to detect. Whereas conventional ballistic missiles tend to travel in a high arc which is quickly spotted by ground-based radar detection units, hypersonic missiles maneuver at a lower altitude and are therefore spotted later. But their capacity to deliver nuclear weapons could add to a country's threat, increasing the danger of a nuclear conflict.

"This is the first case of the use of hypersonic weapons in combat in the world," military analyst Vasily Kashin told AFP. Russia leads the hypersonics race, and several other countries are working on the technology.

Kashin, head of the Centre for Comprehensive European and International Studies at Moscow's Higher School of Economics, said that compared to cruise missiles, hypersonic weapons were more efficient at destroying underground storage sites.

"A hypersonic missile can have higher penetration and destructive power due to its very high speed," he said. Like the slower, often subsonic cruise missile, a hypersonic missile is maneuverable, making it harder to track and defend against.

However, some experts have said Russia might be exaggerating the abilities of its hypersonic arsenal. Military analyst Pavel Felgenhauer suggested that the use of the Kinzhal would change little on the ground in Ukraine.

"Fundamentally, this does not change anything on the battlefield, but it gives a certain psychological and propaganda effect to scare everyone," he told AFP.

He said Russian forces could have used the advanced missiles also because they might be running out of other weapons. "The costs are too high," he said. "No one expected such a long war."

Joseph Henrotin, a defense strategy researcher and chief editor of the French military review DSI, struck a similar note. On Twitter, he suggested that Russia might be running out of Iskander short-range ballistic missile systems or wanted to raise the stakes by deploying a nuclear-capable hypersonic missile in Ukraine.