Download
'Stop this war! Stop it!' A plea from Volnovakha, town of horror
Aljosa Milenkovic in Volnovakha 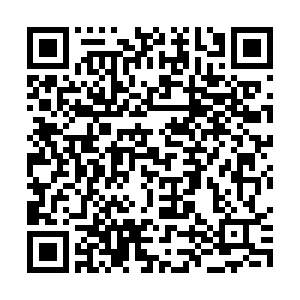 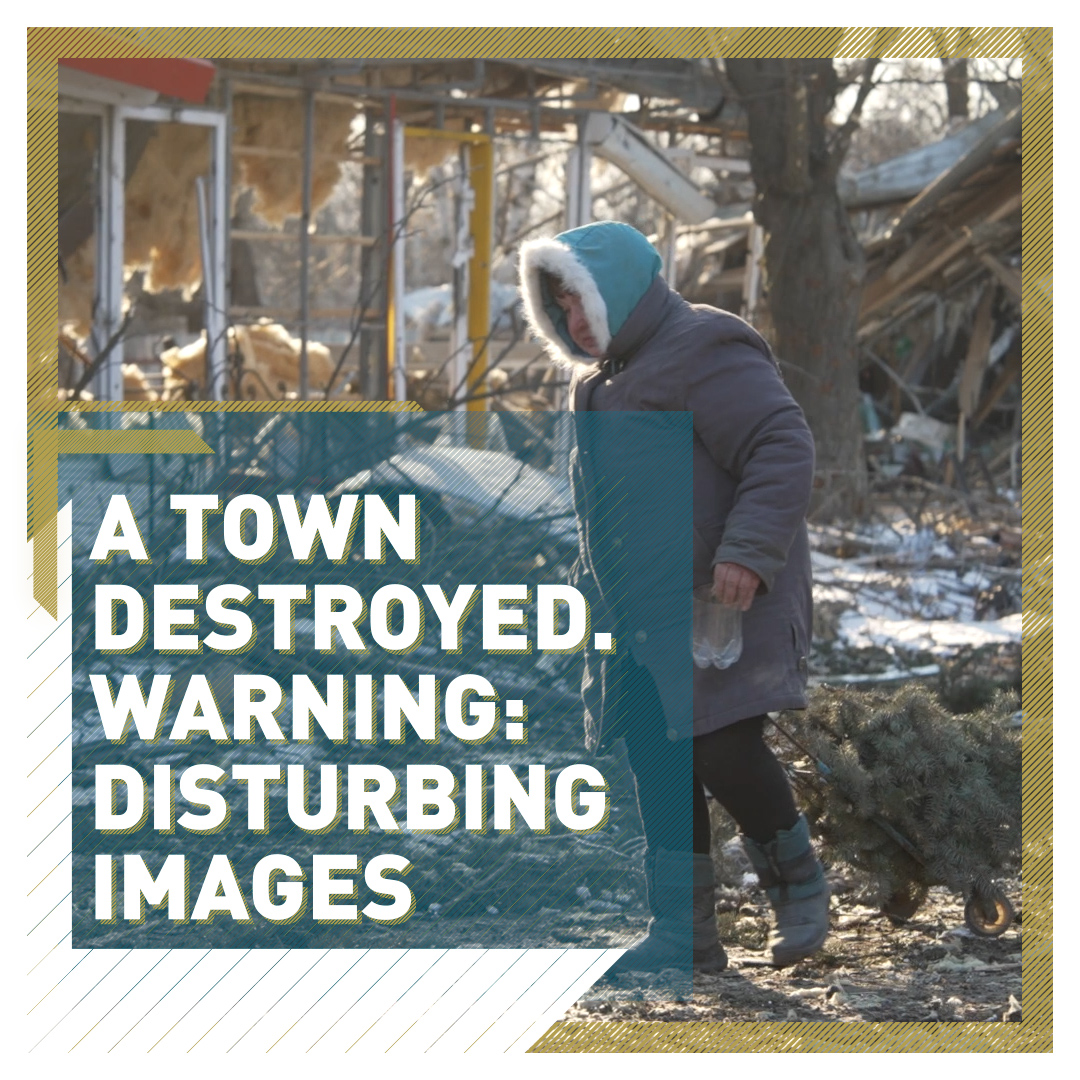 The town of Volnovakha has seen some of the most fearsome fighting between the self-proclaimed Donetsk People's Republic militia and Ukrainian forces.

It was the DPR's forces that took control of the town after one week of bloody house-to-house battles. Just a day after the town was declared clear of fighting, we went in, to witness the unprecedented scale of devastation.

The first thing that greeted us was a string of destroyed four-storey high residential buildings: most of the apartments burnt, or destroyed by the tank or artillery shells. 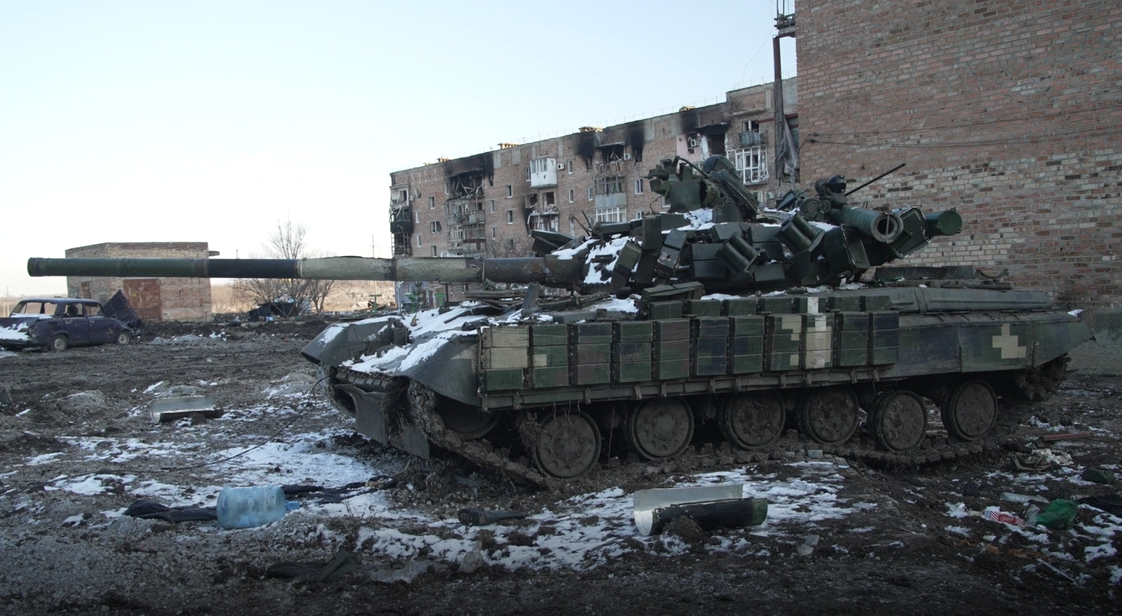 Just tens of meters from those buildings a man's body lay in a field. It had been there for a several days. Further down the road was a church with its domes destroyed, and an another Ukrainian tank very close to it.

In front of the destroyed buildings survivors were sitting next to the rubble. They started a fire to stay warm. Visibly shaken Marina, invited us to join her next to the fire.

"Stop this war! Stop the war! Stop it," she pleaded.

"This is unbearable. They took my life. They took everything from the people. There is no life anymore. Stop the war, please! It is simply the killing of the people. Ordinary people who lived, worked and now left without anything!" 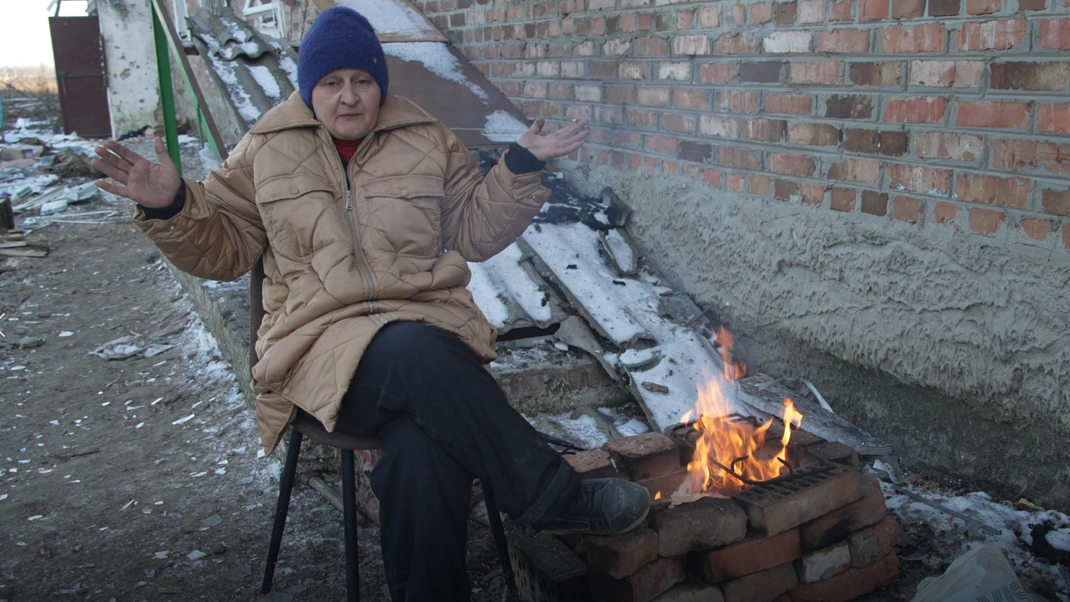 "Stop this war....There is no life any more," pleaded Marina .CGTN

"Stop this war....There is no life any more," pleaded Marina .CGTN

After winding through the destroyed streets of Volnovakha, where barely a single house was left untouched, we reached the town's center. Volnovakha hospital was in ruins,  right there.

More than a hundred patients were still hiding in its cellars. In the hospital corridors we found unused cannon shells, bullets, and explosives. Although it's hard to verify the reality of battle, senior staff claimed that Ukraine forces were firing from the hospital.

"The tanks, the artillery, machine guns, everything was on the hospital's territory,"Aleksandr Belozerov, a Head of Medical Service told us. His colleague Peter Soranov, Chief Doctor, corroborated Aleksandr's words.

"They fired from the hospital territory, and from the second and the third floors."

CGTN has reached out to the Ukrainian foreign ministry and its embassy in London for a response to these claims and will include any response we receive. Ukraine in the past has denied separate claims that it bases troops inside health-care facilities or other civilian infrastructure.

Outside, the survivors were lost as they didn't know what was next for them. They were hungry, tired, and petrified with fear but also happy to be alive. In one of the streets we met Valya, a young woman in her twenties, wearing dirty male clothes and carrying a heavy white plastic bag over her shoulder. 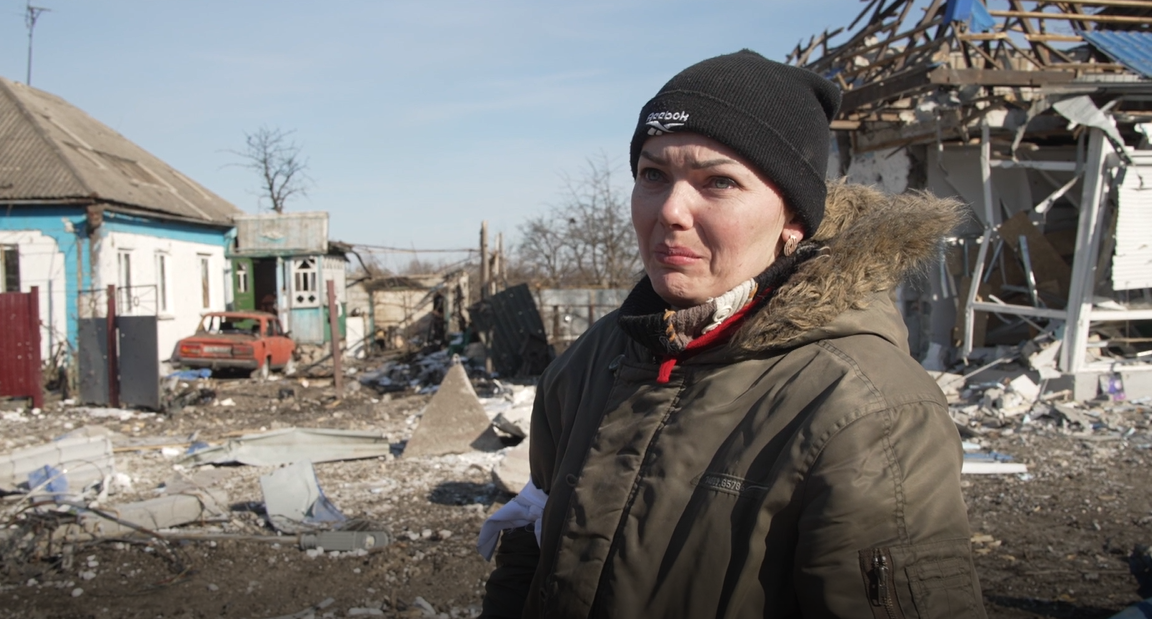 But help hadn't arrived in this town, while bitterly cold temperatures persisted here.

In just seven days of fighting Volnovakha had become a ghost town. Countless lives lost, property totally destroyed and people trying to find a piece of bread, water, any way of communicating with the rest of the world to explain to their loved ones that they were alive.

[This article was updated on 18/3/2022 to include that Ukraine has not responded to the claims its troops were inside the hospital in Volnovakha.]