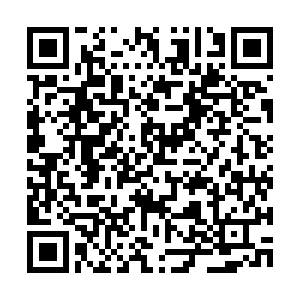 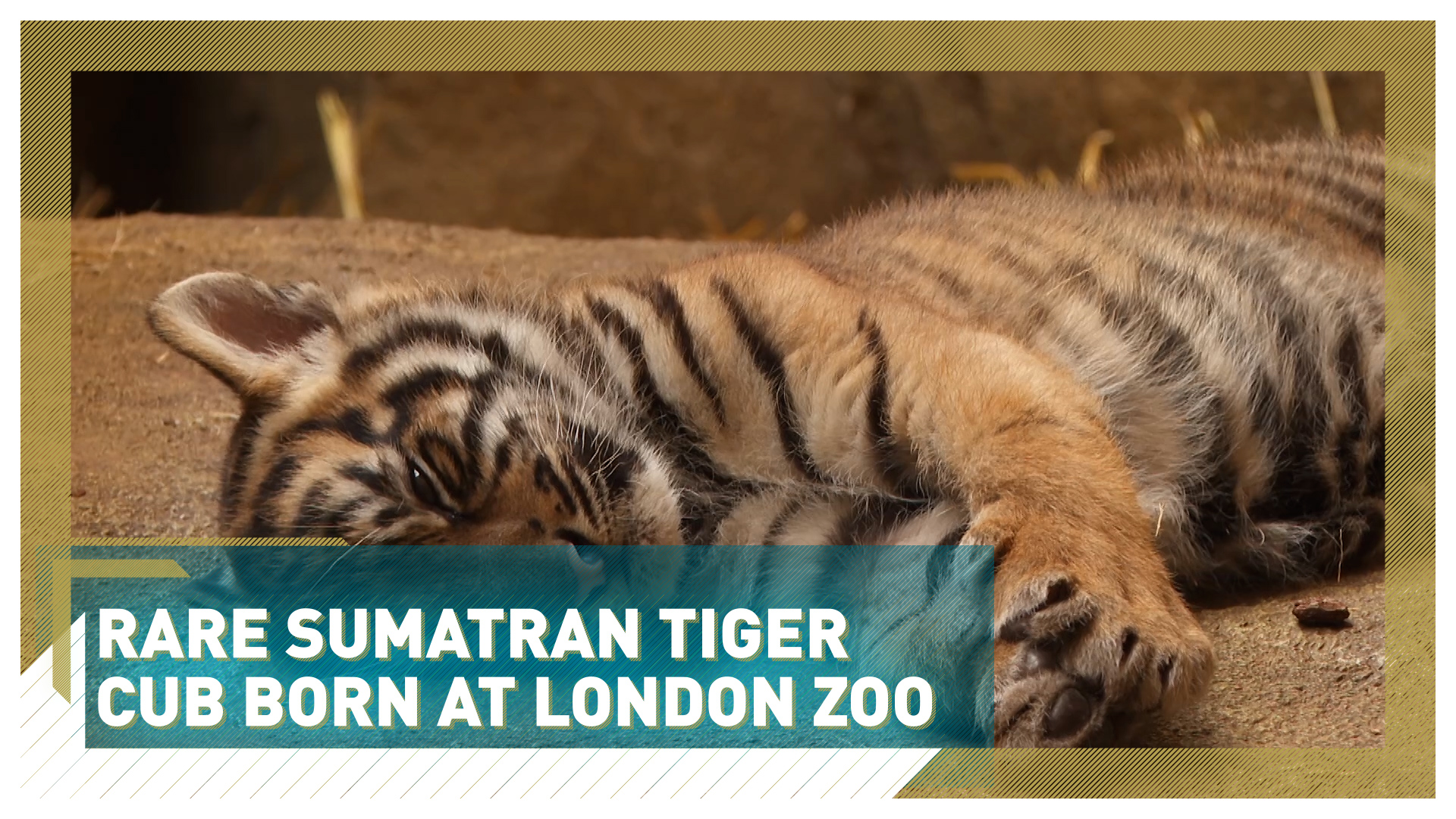 At London Zoo, a small yet sturdy Sumatran male tiger cub curls up on a heated stone, watched closely by both his parents, who lounge in the enclosure next to him.

Loki, named by Zoo supporters after the mythical god of mischief, is just ten weeks old and according to his keeper, is already living up to his name.

Born as part of a global breeding program and the sole survivor of a litter of three cubs, tiny Loki brings hope to this critically endangered species.

How do I know if my child has long COVID?

Podcast: Do we need exams in schools?

It is estimated that between three and five hundred Sumatran tigers are left in the wild. The species, with its distinctive deep orange color and broad stripes, is threatened by poaching and habitat loss in its native territory in Indonesia.

"Being on such a small island in Sumatra, there's not a lot of space and unfortunately, the tigers are rapidly running out of it. So that is decreasing their numbers quite significantly out in the wild," says Clark.

Numbers of all tiger species dropped drastically over the last century, while areas where tigers roam have shrunk to around five percent of their former range. But the World Wildlife Fund says there are signs the population is starting to recover.

"Wild tigers have made remarkable progress over the past twelve years. The species had been in continual decline for about a century until the historic reversal of that trend in 2016," says Ginette Hemley, Senior Vice President of Wildlife Conservation at WWF-US.

"India, Nepal, Bhutan, Russia and China have demonstrated what it takes to increase wild tiger numbers and conserve their habitat." 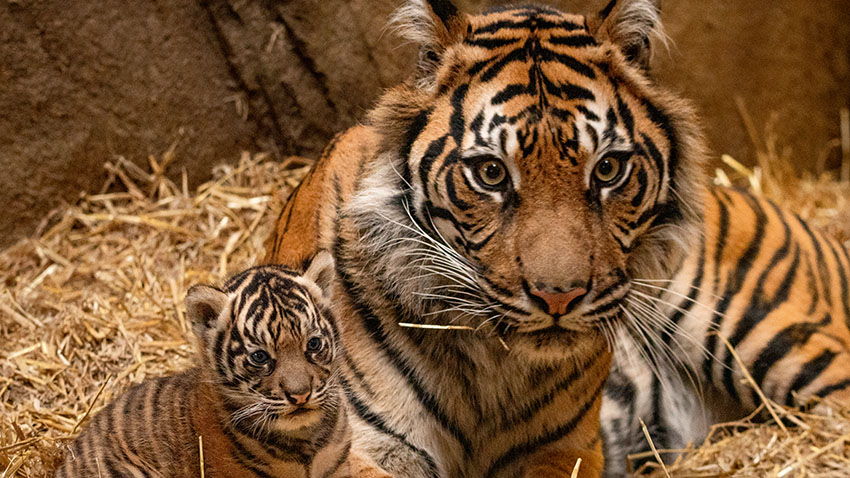 Loki was the only one of three siblings to be born alive. /George Cuevas/London Zoo

Loki was the only one of three siblings to be born alive. /George Cuevas/London Zoo

The specialist wild cat conservation organization, Panthera, monitors tiger numbers worldwide. The group also runs the Tigers Forever program to try to better protect them in their natural environment while cracking down on poachers.

"We do some vigilance patrols. So, send teams out to detect poaching and call in ranger teams to actually conduct a raid and an arrest. We also do ranger training," says John Goodrich, Tiger Program Director and Chief Scientist at Panthera.

"And then in terms of habitat protection, primarily what we do is try to improve the size and number and connectivity of protected areas. So, get more habitat under protection and more space for tigers."

Goodrich says the results of conservation efforts are evident, with the tiger population in protected areas increasing three to four-fold, with an added benefit for wider biodiversity.

"Tigers are a great umbrella species," says Goodrich. "Tigers require huge areas. So, by protecting tigers, we're protecting most of the species that also occur in that ecosystem." 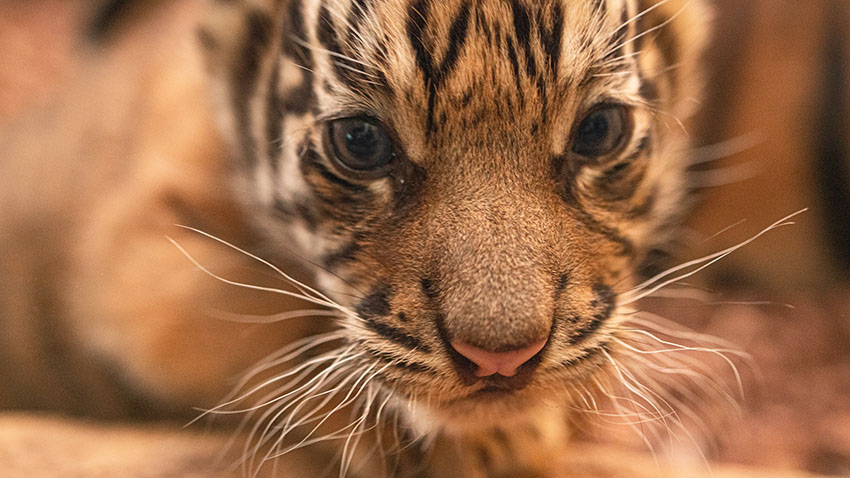 Zookeepers in London say the cub is keeping his parents "on their toes" (or paws, should we say). /George Cuevas/London Zoo

Zookeepers in London say the cub is keeping his parents "on their toes" (or paws, should we say). /George Cuevas/London Zoo

Success is fragile but there is hope for tigers if careful conservation continues.

"I'm very confident for the future of the tiger. We've had some great successes," says Goodrich. "We know how to do tiger conservation. And by we, I don't just mean Panthera, I mean the conservation community - NGOs and governments involved know how to protect tigers. There are so many good examples of how we've increased tiger numbers."

For tiny Loki, finding his feet at London Zoo, the future is a lot more secure. But the hope is he may grow to help produce the next generation of Sumatran tigers and provide some sense of security for this vulnerable species.