Download
The Answers Project: Do we need exams in schools?
CGTN 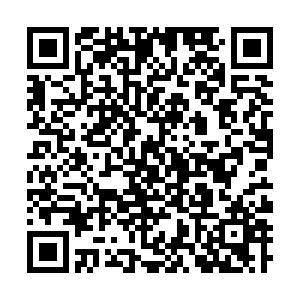 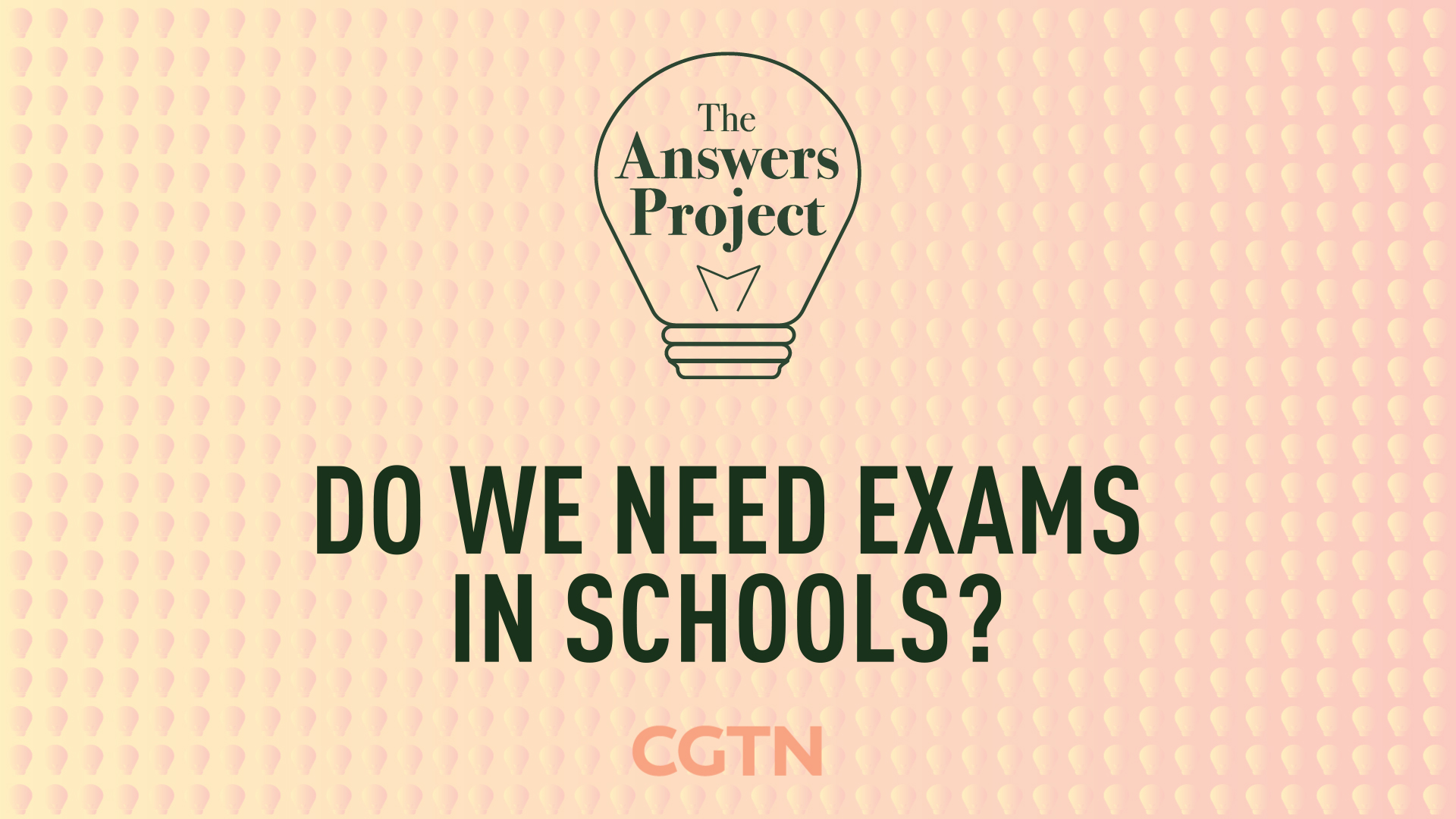 In the past two years, the pandemic has meant that millions of students around the world haven't been able to go through the traditional rite of passage marking school-leaving: examinations.

Exams were canceled in many countries in 2020, and again in 2021 for the second year in a row.

In summer 2020 in France, high school students couldn't set the Baccalaureate – the country's final high-school exam – for the first time since its introduction under Napoleon in 1888. Italy, Spain and the Netherlands all had to cancel their high school exams in 2020, while in the UK, final exams were canceled and replaced by some form of teacher assessment for the past two years.

The wave of cancelations caused concern and an uproar from students, teachers and parents. But in other countries where final exams were canceled, the same decision didn't caused quite the same outrage.

In Norway, where final exams only determine 20 percent of student grades with the other 80 percent based on coursework, nobody complained about their sudden disappearance.

And all in all, across the world, cancelations have made people wonder: Do we still need exams?

The answer might depend on the 'we' the in question, says Marie Hojlund Roesgaard, associate professor of Japanese studies at the University of Copenhagen. 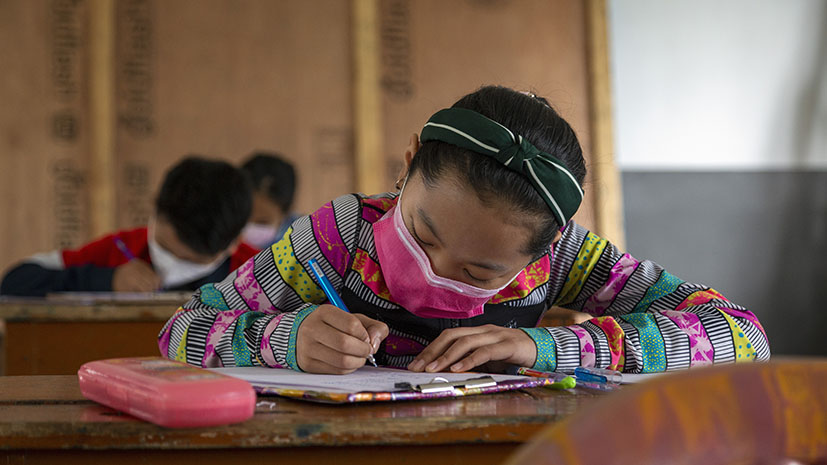 Thousands of students around the world have still been attending classes online during 2021 but appeared for exams in-person. /Ashwini Bhatia/AP

Thousands of students around the world have still been attending classes online during 2021 but appeared for exams in-person. /Ashwini Bhatia/AP

"States want exams to make sure that they can benchmark that all students reach a certain level of learning," she says.

"For other institutions of learning, it functions as a selection mechanism, so that you get the students that are best suited for the next level.

"And of course, for the schools, it means that they get also evaluated based on how well the students perform. So it can also be something that determines a hierarchy among schools."

Højlund Roesgaard would argue that whilst exams are good for the state and good for institutions, they often aren't great for individuals.

"I think most of us have experienced the disappointment of not being able to perform what you thought you could normally do because you got nervous, or you got the one question that you never really learned how to grapple with," she explains.

Especially in Southeast Asian countries, students are under incredible pressure from their parents to get good grades. China has recently announced a ban on written exams for younger children aged six to seven, to take the pressure off: exams are being recognized as damaging to young people's mental health.

In Japan, entry exams – for both high school and university – are highly competitive and are possibly seen as the main focus for students, who prepare particularly well in view of making it into the best schools and universities. After enrolling in university, grades are not as important. 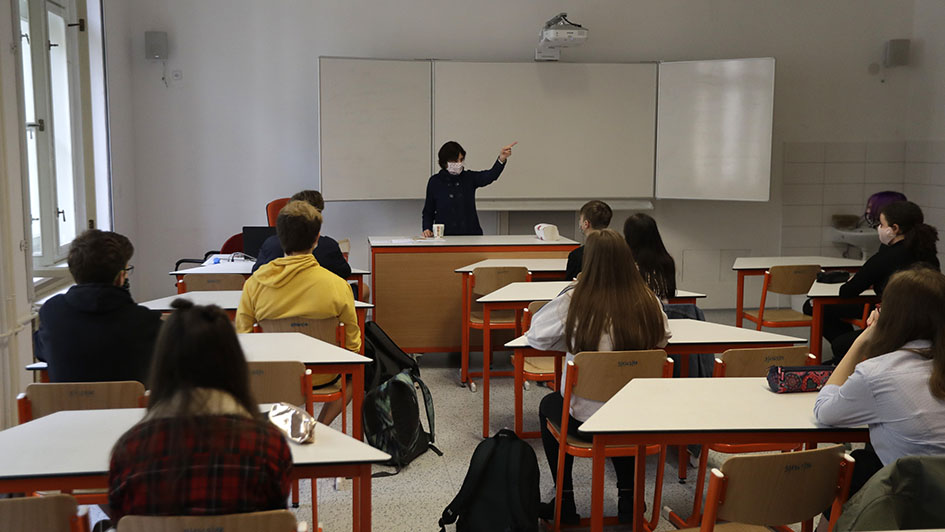 In Czechia, students preparing for an entrance exam at high schools were allowed to return to schools in voluntary classes no bigger than 15 in 2020. /Petr David Josek/AP

In Czechia, students preparing for an entrance exam at high schools were allowed to return to schools in voluntary classes no bigger than 15 in 2020. /Petr David Josek/AP

Robert Winston, professor of science, society and emeritus professor of fertility studies at Imperial College in London, believes teaching students how to pass exams, rather than giving them a broad education, is a problem that goes beyond Japan.

"There's no question that's what we're doing – we are teaching people to do exams, and of course, those who are good at teaching how to pass an exam will help," Winston says.

"I left school in 1959, but even then I was taught to deal with exams. But at least the examinations I was doing were much broader. And so I was expected to be able to write at least, and have a reasonably good background in reading, which wasn't just science."

"We certainly need to assess children in school, because obviously, we have to have the measure of what they are managing to accomplish," he says. "But I think exams at the age of 15 are unnecessary, and I think A-level examinations need radical reform because I don't believe that they educate in the best way possible."

On the other hand, Anthony McClaran, Vice-Chancellor of St Mary's University in Twickenham, defends the role of an external system of examination as essential to the quality and fairness of the UK university system.

"A key part of the examination process – which may include formal exams, may include other forms of assessment – is about bringing to bear an external view," says McClaran.

"Teachers know their students very well, but by definition they're not bringing an external view. They may have worked with those students over a number of years. A robust assessment process has to include an external view."

But another issue with exams as they currently are structured is that they're often unable to judge what students can do. 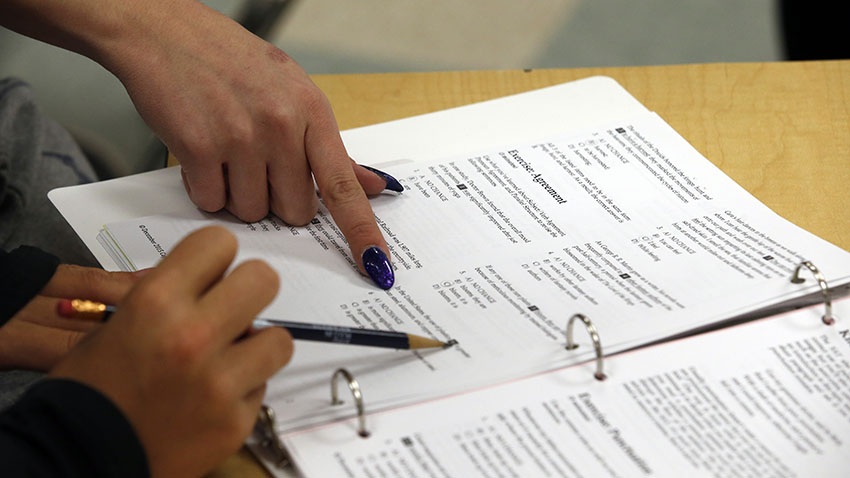 Some have criticized traditional exams as being no more than memory tests. /Alex Brandon/AP

Some have criticized traditional exams as being no more than memory tests. /Alex Brandon/AP

Penny van Bergen, Associate Professor in Educational Psychology in the Macquarie School of Education, thinks that the solution to this problem is to pick and choose exams according to the functions they serve. A traditional exam, for example, will be useful to measure a breadth of knowledge but would fail to measure creativity.

"They are useful means of assessing students knowledge, particularly when we want breadth of knowledge. And there's really good evidence that we can assess students' deep understanding of different topics, so we don't want to lose that tool in an arsenal.

"But should we use exams for everything? No. There are times when they're not appropriate, including when we want to get at things like creativity, including when students are going to be not in the right headspace to do an exam. And sometimes when COVID-19 has been impacting things that we can do in schools, then there may be an argument for not running exams at those times as well."

The jury is still out on whether we do need exams or not. Despite being often a good measurement of what students have taken in of what they've learned, exams aren't always a great measurement of intelligence.

But there's agreement around the fact that exams aren't going anywhere soon, as there's no available replacement yet. But the pandemic might have shaken up things enough that there are new ideas on the table about how to revolutionize the way we assess learning.