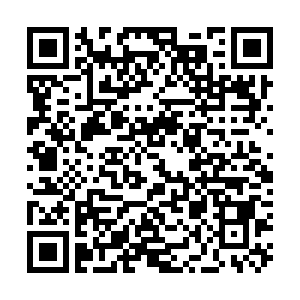 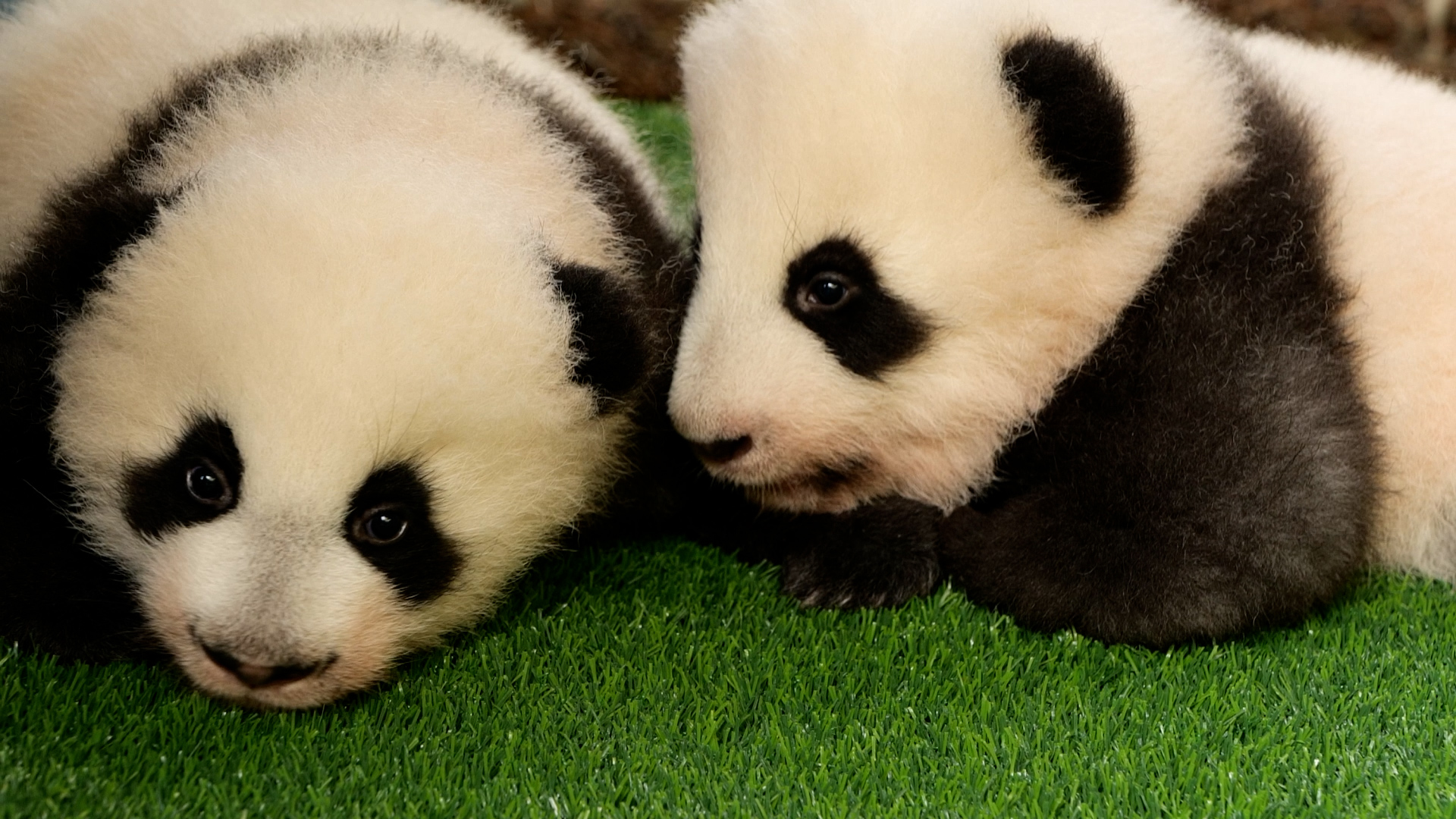 Two giant panda cubs in France have been given their official names in a celebrity naming event. France's World Cup-winning footballer Kylian Mbappe and China's Olympic diving gold medallist Zhang Jiaqi were presented as the godparents of the young bears at a zoo in central France.

The cubs had French names when they were born but have now been renamed Huanlili and Yuandudu, meaning "happy" and "cute and chubby" respectively.

The pandas at Beauval Zoo, which is more than 200km south of Paris, are on loan from China as a sign of friendship between the two countries. The little cubs were born in August. Their mother, Huan Huan, arrived in France in 2012.

The temporary transfer of the animals has boosted Beauval Zoo's visitor numbers. Some 600,000 people visited the animal park in 2011, the year before the cubs' parents came. This year, the visitor numbers are set to top 1.4 million, despite the pandemic.

Mbappe, the 22-year-old soccer superstar, was at the zoo on November 18 to be officially named as the honorary godfather of one of the cubs. "I was like a kid today and you should never lose your inner child," the 2018 World Cup winner said.

"One hundred days after the birth of our two little marvels, I have the privilege to be the godparent of one of them," said Zhang Jiaqi, who won a gold medal in diving for China earlier this year at the Tokyo Olympics.

She is now an honorary godparent to the other little bear. "The two cubs have made their first appearance in public and this is my first visit to France," the 17-year-old said.

"So I guess I can understand their feelings – like me, they must be full of emotion and nerves." 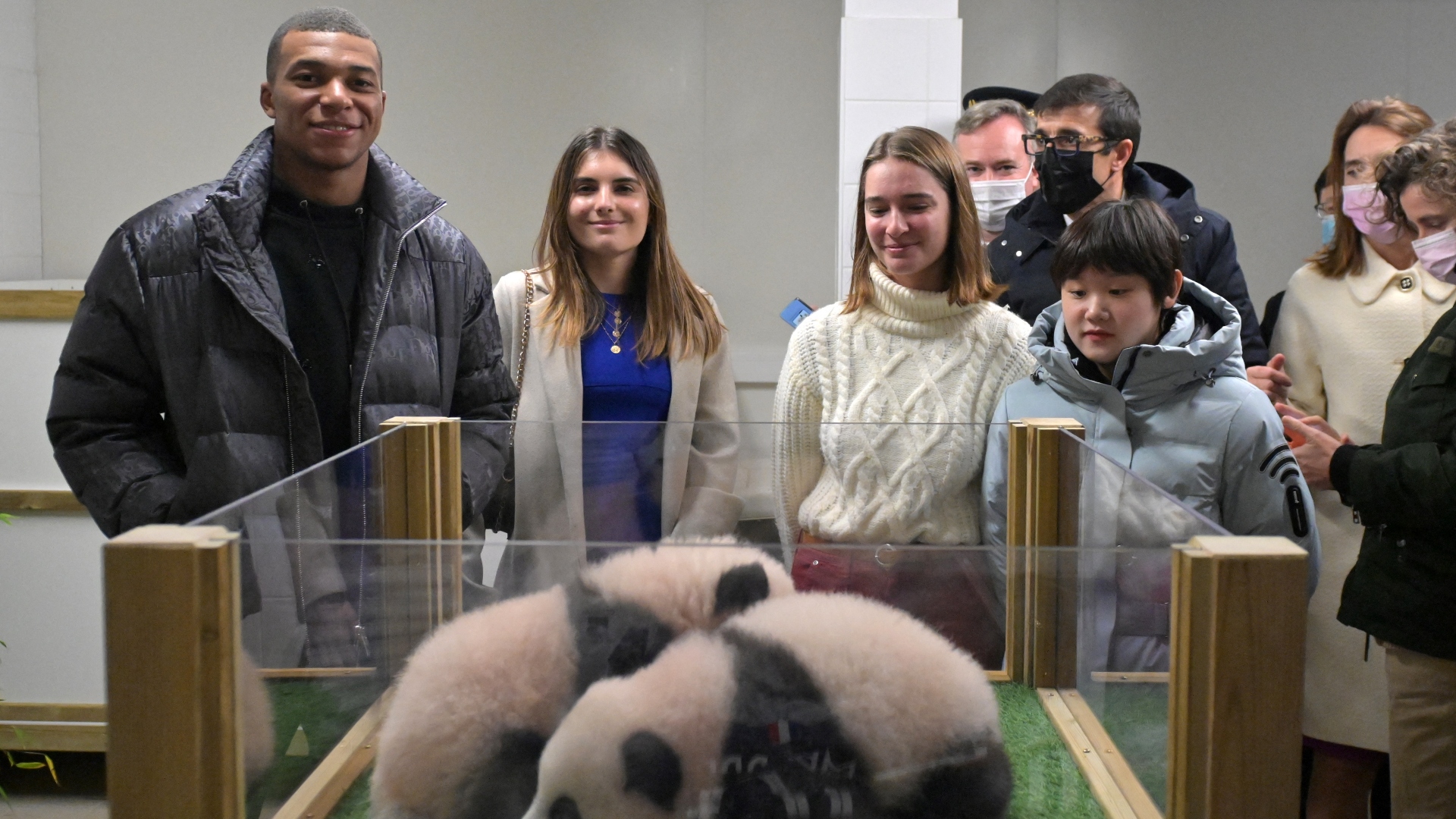 Mbappe and Zhang posed for photos with the pandas at Beauval zoo. /Guillame Souvant/AFP

Mbappe and Zhang posed for photos with the pandas at Beauval zoo. /Guillame Souvant/AFP

Giant pandas, which are native to China, face several threats in the wild, including poaching. But habitat loss and fragmentation remain the gravest threats to the survival of the species.

Fragmentation is the dislocation of panda communities, leaving them isolated.

In response, China is creating corridors so the bears can reach each other. A large proportion of the panda's habitat has already been lost: logged for timber and fuel wood, or cleared for agriculture and infrastructure.

The Chinese government banned logging in the panda's habitat in 1998. The bears are currently considered "vulnerable" to extinction by the International Union for the Conservation of Nature.

They had been listed as "endangered," but their status was reclassified after a significant increase in the population recent years.

China now boasts a network of 67 panda reserves, which safeguard almost two-thirds of the giant pandas in the wild and just over half of their existing habitat.