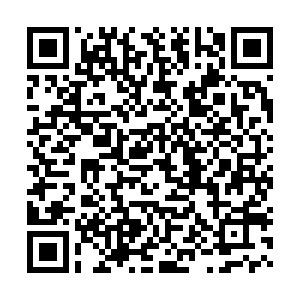 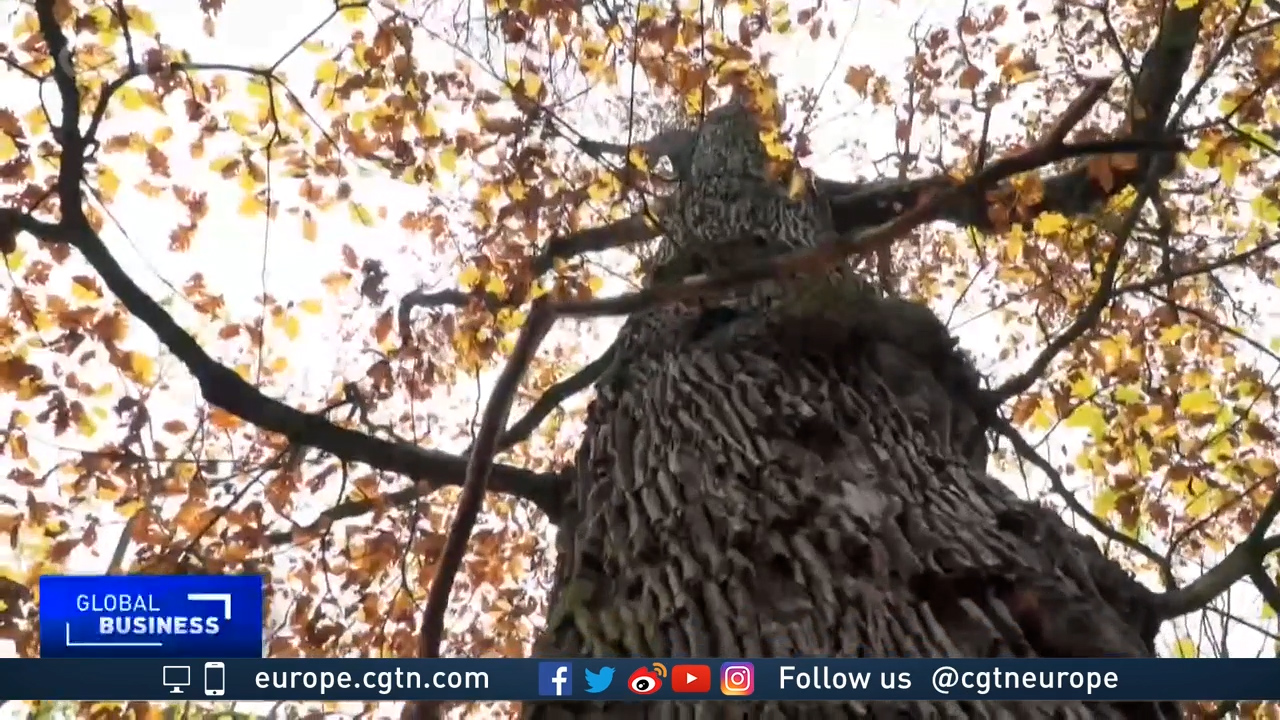 Somidh Saha has a beautiful office overlooking the rooftops of the German industrial town Karlsruhe.

From his backpack, he pulls out what is known as a stem disk from a 91-year-old European Beech tree and begins to describe what its inner rings tell us about its life.

"This is the first growth ring," Saha says pointing to the centre of the disk using a wooden skewer. "You can see when the tree was very young. The growth is happening not so badly. But you can see in this part when the tree was around 40, 50 years old. Suddenly the ring widths are getting very, very narrow. And then they become extremely narrow in the last 10 years of its life."

He goes on to explain how this shows the region's periods of drought.

The visual effects of climate change on our forests is apparent.

Out in his second office, surrounded by woodlands, Saha tells CGTN Europe that Germany has close to 90 billion trees, but 80 percent of them are unhealthy due to deforestation and climate change, which weakens the trees' ability to fight off pests and other diseases.

But with more flexibility given to how we plant our forests, he stresses, this harm can be reduced.

The dangers of monoculture

Germany rapidly increased tree planting for timber production following World War I and World War II respectively, yet many of the trees planted were of the same type, producing monoculture forests.

Saha says forests require diversification. "Monoculture is very much vulnerable to climate change impact because monoculture means only one species," he explains.

"So if that species gets impacted by drought or weakened by disease, then you have high vulnerability to losing the whole green cover that was produced by the monoculture.”

The benefits of non-native trees

In Germany's woodlands, there are 77 tree species.

Of those, only about 2-3 percent are non-native to the country. These "foreign" trees could prove very tough against climate change, says Saha.

"Perhaps they are more tolerant to stress if they are coming from an area where they are historically grown more under distress. So in terms of climate change adaptation, perhaps a non-native species could be healthier than a native species."

This has proved so with the American Red Oak, which copes well with heat, drought and rising concentrations of CO2.

Yet, one must be careful that these non-native trees are not invasive to the local environment.

In the town of Kulmbach, close to the Thuringian forest, regarded as the "Green heart" of Germany, Michael Schmidt has been studying how trees originally from warmer climates adapt to Germany's currently colder environment.

"We have to manage a rapid migration to a forest that can cope with a climate 2, 3, 4 degrees warmer and also the low rainfall. That is why we are taking a very close look at the Mediterranean region, where the climate may be what we expect in 80 years from now, due to climate change."

Schmidt is experimenting with Atlas cedars from Morocco, Lebanon cedars and Greek firs, and looking at how hazelnut trees from Iran will grow in German soil.

Yet Saha argues that more studies should be done on the non-native tree species already in the country.

Keeping our forests adaptable to climate change not only saves the environmental benefits of trees or the $196 billion in annual revenue forestry and forest-dependant industries bring Germany, but also enhances the planet’s biodiversity by ensuring high habit diversity.