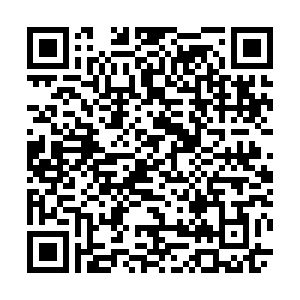 In this section of CGTN's #ZeroWasteChallenge, we asked our four volunteers from four continents to examine their waste production at home. Yang Xinmeng reports from China.

China's success at pulling people out of poverty is well documented, but such endeavors around the world have a potential downside: The more money humans have, the more things they tend to buy.

"Dealing with the growing volumes of waste from our increased consumption is one of the biggest challenges facing China's regulators," says Yang Xinmeng, our #ZeroWasteChallenge volunteer in Beijing.

As a frequent traveler for work, Yang makes little waste – "I have no trash in my bin at all at the moment" – but she investigated her apartment community's waste system for us.

She takes us through the different types of bins – green for food, red for hazardous waste "like used batteries, light bulbs, expired medicines or paint," blue for recyclables such as paper, plastics and glass, and black for the rest.

It's a model that Yang, who travels around China for her job, has seen working well in various places – and among various generations. "My community in Beijing is quite young, but recently I saw some communities where the older generation live and they're also sorting their trash."

Supervisors have been hired to help people avoid confusion. "When the policy was first implemented, there were people standing beside every day to tell you how to sort your trash – if you did something wrong, she would come to correct you," she says.

For all the increasing ease of waste sorting, though, Yang shares a concern with our London correspondent Francesca Della Penna: "In my community, we all pay the same bill regardless of the amount of waste we produce and the charge is included in our rent – so I myself have little incentive to minimize my waste."