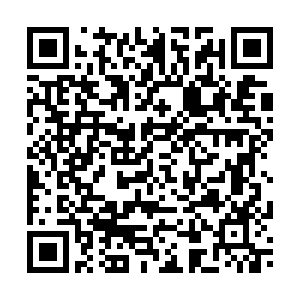 China's ambassador to the European Union has urged the bloc not to allow politics to disrupt mutually beneficial economic agreements such as the Comprehensive Agreement on Investment.

The ratification of that accord, negotiated almost a year ago, has been held up since the European Parliament refused to consider it as a result of Chinese sanctions on a group of MEPs.

Under the deal, both Brussels and Beijing promised to ensure fair treatment and greater opportunities to businesses from each side.

Zhang Ming, China's ambassador to the EU, said companies were keen for the deal to be put into action and have been frustrated by the failure to sign it off, which he said China was ready to do.

"I regret to see that because of obstacles caused by the European side, its ratification has hit the rocks. I learned that both our economic communities have been calling for breaking the deadlock and ratifying the agreement as soon as possible ... What's most important, I think, is to return to the nature of the agreement, which concerns trade and economic cooperation," he said in a web chat arranged by the European Policy Centre.

"Today's world is faced with mounting challenges and there is a greater need for China and the EU to join hands," he added, noting that he hoped a summit between the two sides could take place before the end of the year.

The complex agreement was reached at the 11th hour at the end of last year. However, its progress was halted when the EU imposed sanctions on Chinese officials it accused of human rights abuses in Xinjiang. China denied the claims and imposed its own measures against those it accused of spreading disinformation. That prompted the European Parliament to halt any further discussions on approving the deal, which also requires the assent of the EU council of member states.

Zhang insisted China would continue its progress towards opening up markets in any case, but noted that a greater opportunity for the EU was being missed.

"The ball, to speak frankly, is in Brussels' [court]. We hope the EU can return to the original spirit and nature of the agreement and to not let political manipulation get in its way," he concluded.