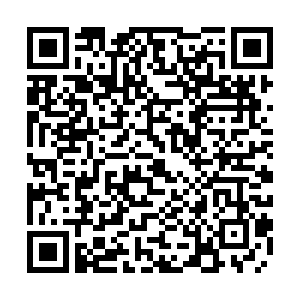 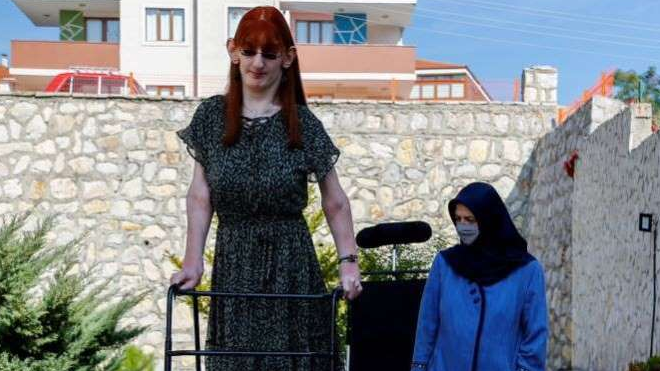 Rumeysa Gelgi always knew she was different - and now she has a Guinness World Record to prove it. The 24-year-old from Turkey is now officially the world's tallest woman.

She is 2 meters 15 centimeters (7 feet, 0.7 inches) tall, and took the record after previously being declared the world's tallest teenager.

But Gelgi is more than a foot shorter than the all-time record-holder for tallest woman, China's Zeng Jinlian. She died in 1982, but Guinness World Records says her height was 2 meters 46 centimeters (8 ft 1 in).

Gelgi suffers from a condition called Weaver Syndrome, a rare disease which causes extreme growth from birth, and skeletal abnormalities such as Macrocephaly.

But despite her health issues, which mean she walks with the help of a frame, Gelgi is positive about the effect of her condition on her life.

"Being different is not as bad as you think. It can bring you unexpected success," she told reporters.

"I personally think that differences and other features which seem like a disadvantage can be turned into advantages if you want it and make an effort for it," she added.

She hopes to raise awareness of rare genetic conditions like Weaver Syndrome, and help future sufferers.

The tallest living man is also Turkish. Sultan Kosen was measured at 2 metres 51cm (8ft 2.8in) in 2018. Gelgi says she hopes to meet him in person one day.

There are several unconfirmed tallest women in history, including the incredible tale of Trijntje Keever, the 17th century Dutch woman who was supposedly 2.49 metres (8 ft 2 in) at the time of her death.

Despite her nickname of De Groote Meid (The Big Girl), the evidence of her exact height is disputed.