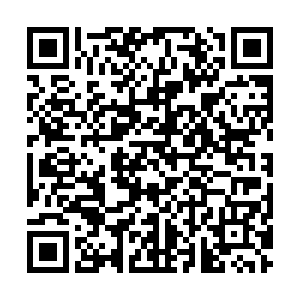 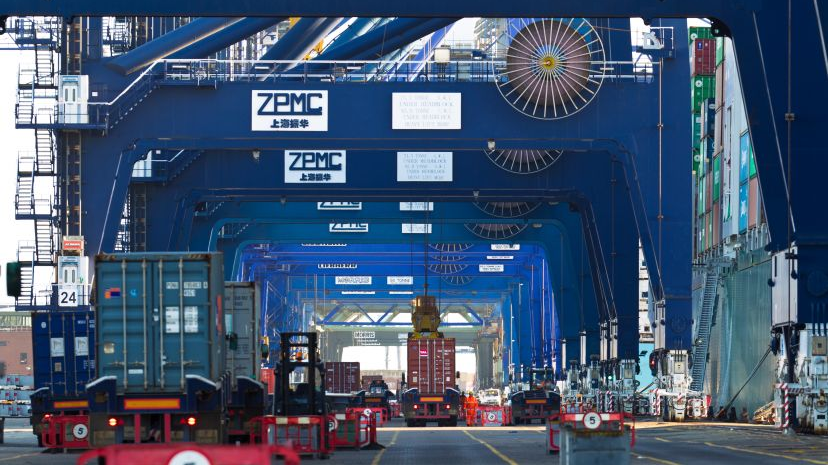 Without truck drivers, goods can't be moved around the port. /Port of Felixstowe

Without truck drivers, goods can't be moved around the port. /Port of Felixstowe

The UK government has declared its "confidence" in the country's trade and logistics sectors, despite a jam at Felixstowe – the nation's busiest commercial port.

A shortage of truck drivers has left the port with severe delays in recent days, meaning some ships have had to be diverted to other ports in Europe and fears are building that demand will outstrip supply in the lead up to Christmas.

Maersk, the world's largest container shipping firm, said the problem is much worse in Felixstowe, though problems exist globally.

"We had to stop operations on a ship because there was nowhere to discharge the containers. Felixstowe is among the top two or three worst-hit terminals [globally]," said spokesperson for the Danish company Lars Mikael Jensen.

He added that large container vessels were asked to offload cargo at European ports and smaller ships then took the containers to other UK ports.

"We are having to deviate some of the bigger ships away from Felixstowe and relay some of the smaller ships for the cargo," he explained. 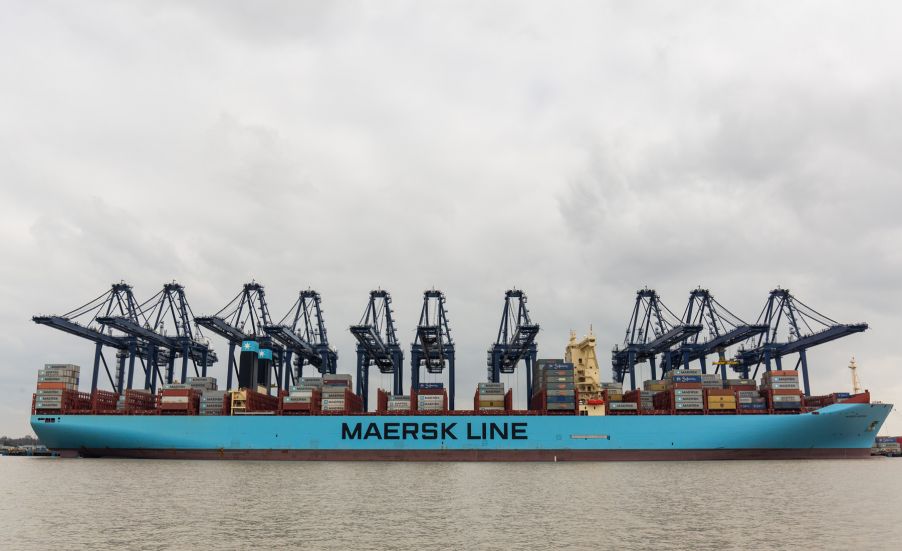 Maersk is one of the world's largest cargo shipping firms. /Port of Felixstowe

Maersk is one of the world's largest cargo shipping firms. /Port of Felixstowe

However, this causes its own problems, as goods arriving from the EU to the UK now need extra paperwork, which may not have been completed if the original route was direct to the UK.

According to market analysts Ti Insight, more than 90 percent of all UK imports come via the sea and the time taken for cargo to move through the port ("from four-and-a-half days to 10 days for a container") showed the impact and scale of the problem.

Ti added that this is not the first time UK port delays have led distributors to land goods at European ports.

"Ships were bypassing UK ports in Q4 2020 to avoid congestion, but [without] the high level of demand we have now, the scale of the driver shortage and with the more fluid trade situation with the EU pre-Brexit, it was overcome without too much trouble," a spokesperson told CGTN Europe.

Despite the significant delays and lack of solution to the truck driver shortage, governing Conservative Party co-chairman and minister without portfolio Oliver Dowden said he expected the busy Christmas shopping period to be unaffected.

"I'm confident that people will be able to get their toys for Christmas," he said.

But Dowden's confidence is not shared across the UK logistics and import industry.

Alex Veitch, deputy director of Logistics UK, said delivery driver shortages were compounded by a lack of drivers working at the port.

"This could become a serious issue for UK supply chains, although there are steps the government could take to help ease the situation. Logistics UK is asking the government to speed up processing the HGV driver testing backlog to get more British people driving; expand the remit of the temporary visa scheme for European Union HGV drivers to encompass all types of haulage; and provide short-term assistance for businesses to move containers to external-sector storage facilities," he explained. 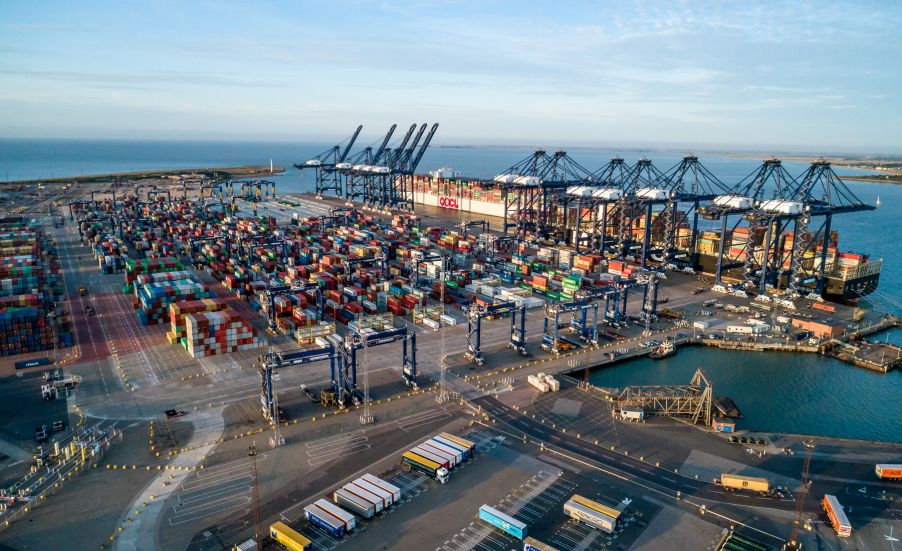 Felixstowe deals with 4m containers and 2,000 ships per year. /Port of Felixstowe.

Felixstowe deals with 4m containers and 2,000 ships per year. /Port of Felixstowe.

The Road Haulage Association, which represents drivers and delivery firms, was even more scathing.

Its managing director of policy Rod McKenzie blamed the government's reaction to the driver shortage, but noted that global delays and COVID-19 knock-on effects were also to blame.

"The ongoing driver shortage crisis is one part of that jigsaw, which has contributed to the chaos we are now seeing at Felixstowe," he said.

But McKenzie's criticism accuses the London government of inaction and argues that driver shortages remain the biggest hurdle in the run up to Christmas.

"We all depend on HGV drivers and there is a shortage of 100,000 – the government's steps so far resolving this have been inadequate," he said in a statement.

A spokesperson for the government's Department of Transport sent a statement to CGTN Europe.

"This is not a problem unique to the UK, with ports around the globe experiencing similar container capacity and supply chain issues," it said.

CGTN Europe spoke with the Port of Zeebrugge, another key Maersk port, which has taken some of the diverted capacity from Felixstowe.

A spokesperson said the extra cargo had not caused issues at the Belgian port, but said congestion "could become a possibility" if the situation does not improve in the UK soon.

"We are hoping that delays and congestion can be prevented," they added.