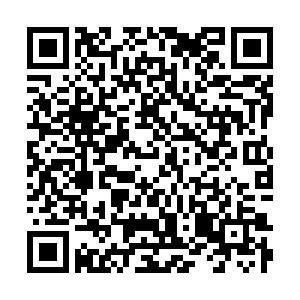 Poland's Prime Minister has accused the opposition of spreading lies about a possible 'Polexit' from the EU in an attempt to weaken the bloc.

Mateusz Morawiecki made the comments in Budapest on Tuesday following a meeting of the Visegrad Group. He told the media Poland has no desire to exit the EU: "This is obviously not just fake news, it is something worse - it is a lie that aims to weaken the Union," he said.

Polan's largest opposition party, Civic Platform are yet to respond to the comments.

More than 100,000 people protested across Poland over the weekend after the Polish Constitutional Tribunal ruled parts of EU law were incompatible with the country's constitution.

The ruling was published in the official gazette on Tuesday, making it legally binding. The decision undermines the framework the union is built on and has sparked talk the nation may leave the bloc.

The governing right-wing administration has been increasingly at odds with the European Commission over issues like LGBTQ+ rights, migration, media freedom and judicial independence.

Shortly after the Prime Ministe's comments the EU's top diplomat responded to the Polish decision on primacy of law – saying the union will give a 'firm answer.’ EU High Representative Josep Borrell reiterated the Commission's concern about the ruling but hasn't indicated what action might be taken.

"If you are a member of a club, you have to abide by the rules of the club," Borrell said.

Hungary has backed the Polish court decision, with Prime Minister Viktor Orban calling on the EU to respect member states' sovereignty. The close allies have refused to follow directions from Brussels and are yet to receive their COVID-19 recovery budgets with the leaders joining forces to push back against the bloc over rule of law issues.

Hungarian Prime Minister Viktor Orban said Hungary is facing increasing migration pressure and that Europe will not be able to cope with an increase in immigrants unless it finds strong external allies.

He praised Egypt's border control, telling the media no ships carrying migrants have left Egypt since 2016. He urged the EU to convene a meeting of the EU-Egypt Association Council “as soon as possible,” and to accept Egypt as a strategic partner.