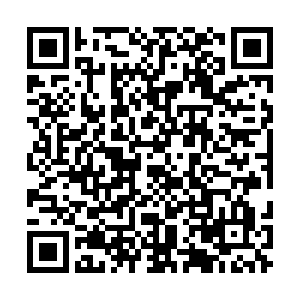 Now well into its fourth week, the Cumbre Vieja volcano is still causing havoc. More than 800 people had to be evacuated from part of the coastal area of Los Llanos de Aridane.

Residents of La Laguna were also given just a few hours to collect their belongings before being asked to leave by the emergency services.

One male resident said: "I am removing all the possessions from my aunt's house before this demon arrives here. The lava path flows to my aunt's and grandparents' houses. So, we have to get out while we can because you can't fight against nature."

'One of the worst UK health failures'

Polish PM: Polexit is a lie

The partial collapse of the cone on the northern side of the volcano has allowed the lava to find a new path that reached an industrial area called El Callejon de la Gata.

The lava flow caused a fire and gas explosion at a local cement plant, which emitted potentially toxic gases and prompted the emergency services to confine thousands to their homes.

The lava flow has now covered more than 650 hectares of farms, homes and other buildings. It has also destroyed more than 1,400 buildings – changing many lives forever. The new path of the lava now looks set to cause more damage with no immediate end in sight.

Scientist Rosa Maria Mateos, from the Geological and Mining Institute of Spain, told CGTN Europe this eruption was very hard to predict.

"The latest seismic activity shows us where possible lava reserves are located underground. From this, it seems that there is a deep reserve that is feeding the eruption. We can't calculate its capacity, but we can assume it will stay like this for some time to come."

Prime Minister Pedro Sanchez was scheduled to visit the island on Wednesday to assess the latest developments and has already pledged more than $230 million as part of a recovery plan.

The money will be used to help rebuild houses, restart businesses and fix the infrastructure.

But the ongoing uncertainty and the psychological effect this natural disaster has placed on the residents may take longer to heal.