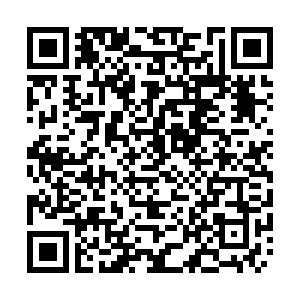 Now into its third week, the Cumbre Vieja volcano has increased in intensity, the eruptions having caused the partial collapse of the north side of its cone.

Huge rocks and debris were sent hurtling down the mountain as the molten lava explosions lit up the night sky.

The debris has now covered an area similar in size to 25 football pitches and wreaked havoc on the local community.

Spain's Prime Minister Pedro Sanchez returned to the island on Sunday and was briefed on the latest developments.

He announced a new aid package to help rebuild the essential infrastructure, which has been agreed in addition to the $12 million pledged by his government last week.

"This Tuesday, the cabinet will approve a package of very powerful measures to help with infrastructure, reconstruction, water supply, employment, agriculture and tourism. We will also provide tax benefits where needed."

The total amount of aid will be around $239 million. So far, more than 6,000 people have been evacuated from their homes and more than 900 buildings have been destroyed. Emergency services have lifted a stay-at-home order in place over the weekend for areas that have been affected by poor air quality.

The Spanish Volcanology Institute, Involcan, reported several medium-range earthquakes on Sunday and early Monday, but experts including Scientist Rosa Maria Mateos from the Geological and Mining Institute of Spain, believe there is no immediate threat to any of the other Canary Islands.

"They should not be worried about it," she told CGTN Europe.

"In the whole history of the Canary Islands, simultaneous eruptions on other islands have never been recorded. This eruption is very localized. It is in the south end of the island, the western sector, so it's very controlled in one area of the island. No seismic activity, changes in landform or any other signs have been detected on the other islands." she said.

The Cumbre Vieja eruption is much more aggressive than its predecessor 50 years ago.

The volcano has released 80 million cubic meters of molten rock – double the amount in just half the time of the 1971 blast.

Residents may have to be patient for some time yet before this eruption finally slows down.