Download
Can you 'party away' the benefit of COVID-19 vaccination?
Alex Hunt 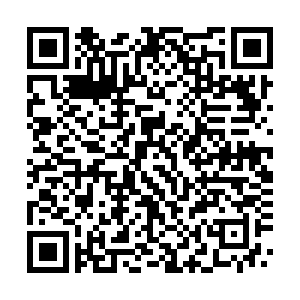 The benefits of having a COVID-19 vaccination have become clearer with each passing week. In the UK, the real-world figures suggest that being fully vaccinated cuts your chance of getting infected with COVID-19 by 70 percent or more.

Vaccines also cut your chances of being ill enough to end up in hospital by somewhere between 90 percent and 99 percent. 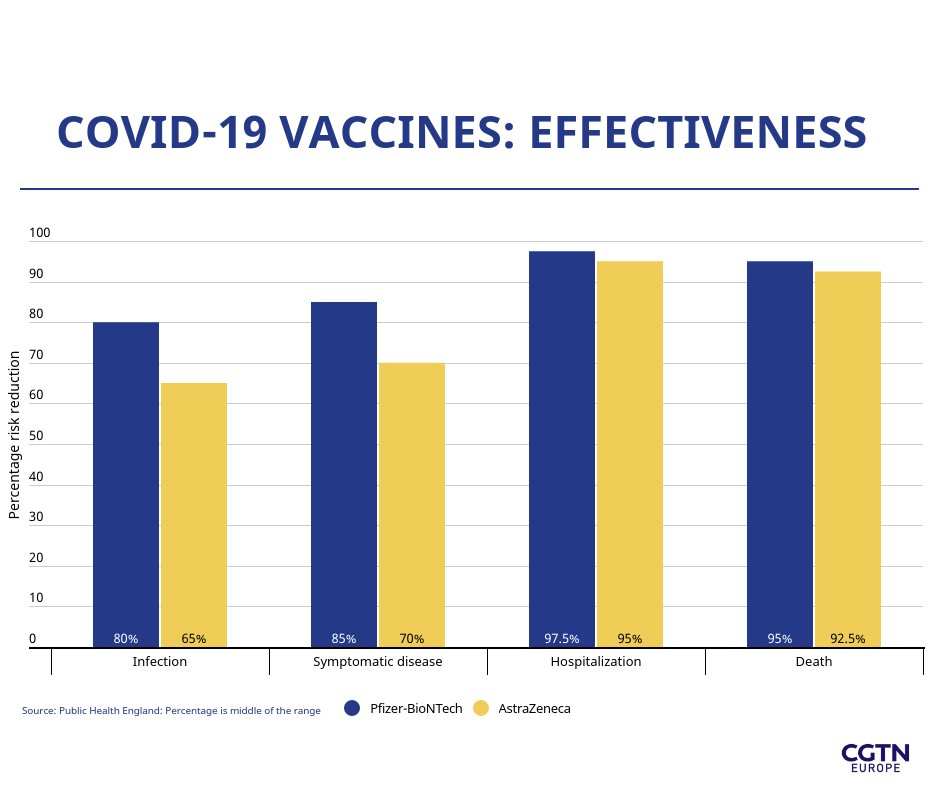 But what if you change your lifestyle after getting jabbed and head out to packed restaurants, sporting events, cinemas and gyms, believing you are now pretty much immune to COVID-19?

Each of those visits increases your chance of getting COVID-19 – so is it possible to work out how many nights out you could have before you "use up" the 70 percent infection protection from your injections?

Kevin McConway is emeritus professor of applied statistics at the Open University in the UK and he says that on the theoretical level it is possible to work it out. But for each of us as individuals, there are so many variables that there is no way a reliable figure could be put on it.

"Basically, if vaccinated people started going out three times as much as they did and the unvaccinated people didn't, then they'd roughly be at the same infection risk. But, you know, there's just two very big ifs in that," he explained. 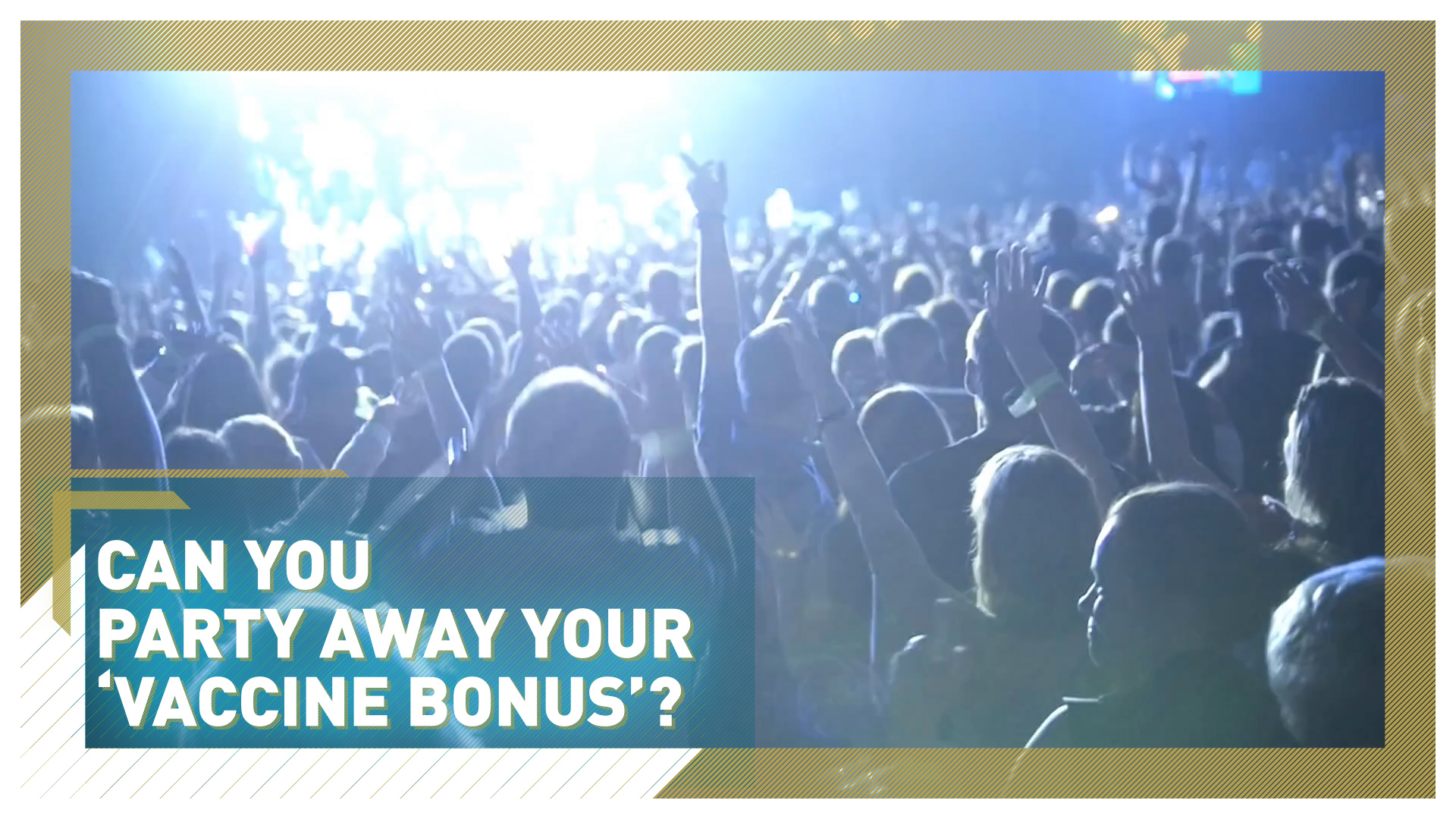 The reason for the caveats in the real world is that these are relative figures and don't take into account the amount of COVID-19 around, so the level of risk you might run into if you go to, say, a crowded cafe.

"One point to take into account is it isn't only vaccinated people who are going out more than they did. The same is probably true of unvaccinated people, too," says McConway. 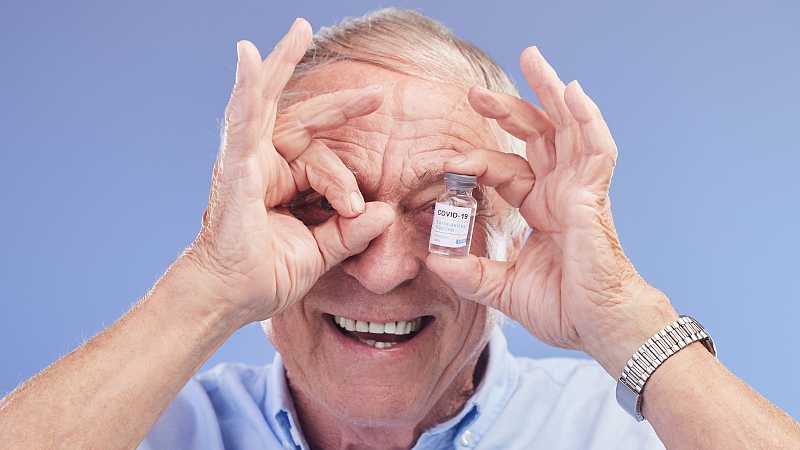 Getting a COVID-19 vaccination can be a moment of joy. /VCG

Getting a COVID-19 vaccination can be a moment of joy. /VCG

This could be for all sorts of reasons, such as maybe their employer no longer allowing them to work from home so much, he says.

"So they have got to go into the office and be in contact with a lot more people on the train, or however they commute. Then there are more opportunities to go out – you can go to football matches, music festivals and concerts and things like that, which nobody vaccinated, or not vaccinated, had the chance to do until fairly recently.

"And so it's probably the case that the chance of getting infected has gone up in both unvaccinated and vaccinated people," he adds.

Vaccines still work, even if people still get COVID-19

How much does vaccine effectiveness wane?

But the fact is that if you had an identical twin who led the same lifestyle as you and, unlike you they had not been vaccinated, you would basically have 30 percent of the risk your twin had of getting COVID-19.

However, that risk level is a relative figure.

"If things are really awful and the chance of getting infected in a fairly short time was 10 percent, say, in unvaccinated people, that would mean a cut to 3 percent in the vaccinated people, which is a good reduction.

"But on the other hand, if you know there's not much infection about and there's, say, a one-in-a-thousand risk of unvaccinated people getting infected, well, it could be three in 10,000 in the vaccinated people. And that would be a reduction – in one sense, it's a substantial reduction, but on the other hand, it's a very low risk," explains McConway. McConway says no-one knows how many unvaccinated people there are. /CGTN

McConway says no-one knows how many unvaccinated people there are. /CGTN

On a brighter note, it is simpler when it comes to working out the impact of a 95 percent reduction in a vaccinated person's chance of being hospitalized with COVID-19.

As McConway explains, although changes in behavior could increase someone's chance of getting COVID-19, it has not yet been shown to have had an impact on their chances of being hospitalized, beyond the risk increasing because they have COVID-19.

But the thing to remember, he says, is that the 95 percent reduction in hospitalization risks for people who are vaccinated is relative to the risk you might have had if not vaccinated.

So, in simple terms, after being vaccinated you have cut your chance of being hospitalized with COVID-19 to one-in-20 of whatever your unvaccinated risk was, assuming all other things remain the same.

And this protection is roughly the same for all age groups, so for healthy teenagers and young adults, who have very small risks of hospitalization, they will only have one 20th (5 percent) of that already very low risk after vaccination – assuming they don't change behavior.

For elderly people, though, the rate of hospitalization with COVID-19 has been much, much higher throughout the pandemic, so cutting this figure by 95 percent saves many, many people from hospital or worse.

These percentages are based on large-scale populations. On an individual level, it is common sense that if you are vaccinated, and reduce your chances of contracting COVID-19 by continuing to take public health precautions, you are also cutting your chance of being hospitalized or worse.

But are people throwing caution to the wind after vaccination?

No, not according to this table from a report prepared for the UK government's advisory Sage group, which shows no noticeable increase in the number of social contacts people have had compared with the same period in summer 2020, which was before anyone had had a vaccination: 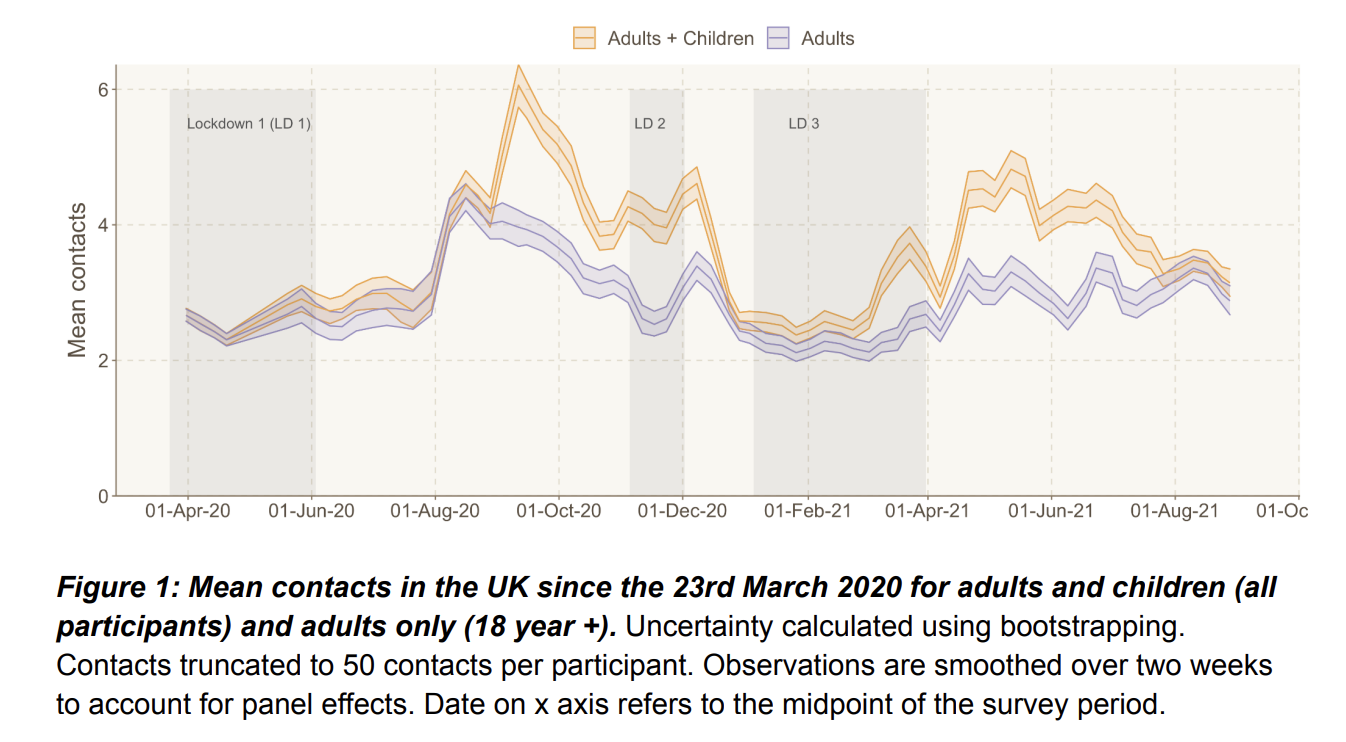 There are still many things that are unknown about COVID-19 and the wider impact of the pandemic and the world's best brains are working hard to find the answers, with hundreds of potentially new vaccines in development.

Uncertainty over the numbers of unvaccinated people

The current figures for unvaccinated people are calculated by subtracting the numbers of vaccinated people from estimates for the total population – and the figure for the total population is either calculated by adding up all the people registered with doctors in the UK, or by using the Office for National Statistics estimate for the population, which is a rolling update from the 2011 census. The updated 2021 census figure is not likely to be known until next year.

"We don't know exactly how many unvaccinated people there are and there's no way of finding out," says McConway.

The use of estimated figures has led to some anomalies – such as a vaccination rate, which appeared to have covered more than 100 percent of people aged 75 to 79. However, the lack of firm population figures do not change the overall picture.

"There is very clear evidence that the risk is much greater in unvaccinated people. And, you know, tinkering around with the total population estimates does make a difference to them, but it doesn't change the picture in an important way," McConway adds.