Download
Why vaccines are still working, even if some people still get COVID-19
Giulia Carbonaro 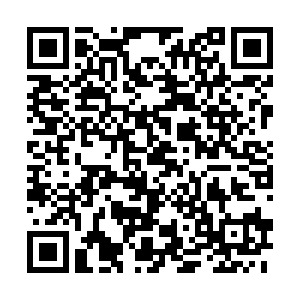 In the European Union, one in seven adults has now been fully vaccinated against COVID-19. The UK and Israel figures are close to 80 percent.

And yet, even in the countries with the highest vaccination rates in the world the number of new infections have risen rapidly, with hospitalizations and COVID-19 deaths also increasing.

As vaccination efforts stagnate and the more infectious variant Delta takes hold, the World Health Organization has warned that 236,000 more people could die in Europe by the end of the year.

This is not what many would have expected after the incredible efforts made across the world to fight the pandemic in the past 20 months years.

The new surge in COVID-19 cases has come as a shock, especially to countries that considered themselves vaccination champions, like Israel.

While the Delta variant might be expected to hit the many millions of people who have not been vaccinated in Europe, even fully vaccinated people have been known to catch and transmit the variant, as well as suffering severe symptoms.

But does that mean that vaccinations aren't working? 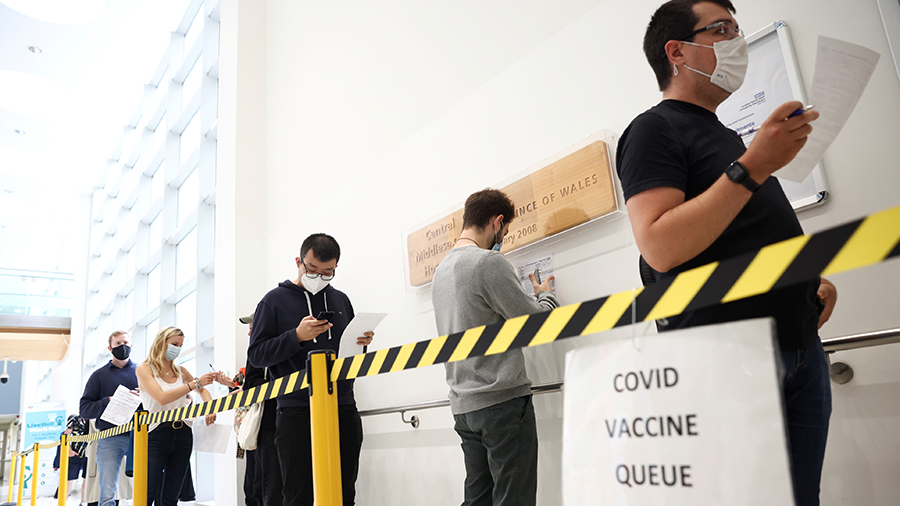 People queue to receive a dose of the Pfizer BioNTech vaccine at the Central Middlesex Hospital in London. /REUTERS/Henry Nicholls/File Photo

People queue to receive a dose of the Pfizer BioNTech vaccine at the Central Middlesex Hospital in London. /REUTERS/Henry Nicholls/File Photo

Fully vaccinated and COVID-19 positive - why?

Israel was the first country in the world to vaccinate the majority of its population.

And yet, COVID-19 infections in the country are currently increasing by around 9,647 new cases on average each day and are close to the peak in new cases reached last winter.

How can that be?

A study published in the U.S. in late August concluded that the Delta variant was more likely than other variants to spread through vaccinated people, with double-jabbed people carrying as much viral load as the unvaccinated. Another study analyzing UK data came to the same conclusions.

This likely led to many new infections caused unwittingly by vaccinated people. Another factor to consider, is that new hospital admissions for vaccinated people in Israel have been linked in the majority of the cases to patients with underlying conditions, over 60, and who had received their second jab five months prior - enough time for the immunity provided by the vaccine to start to wane.

And yet, the good news is that the number of hospitalizations and deaths related to COVID-19 in Israel cannot be compared with those reached during the worst of the pandemic in 2020.

For many who have been double jabbed, a positive test for COVID-19 often comes as a surprise. But governments, experts and vaccine producers were expecting these sort of "breakthrough infections."

First of all because, despite the unprecedentedly high success rates of some COVID-19 vaccines, no vaccine in history has ever been 100 percent effective.

Some of the world's most powerful vaccines, the yellow fever jab and the one against measles, mumps and rubella are respectively 'only' 98 percent and 96 percent effective - while the flu vaccine, which saves thousands of lives every year, is only 45 percent effective.

The aim of the vaccine is not to completely prevent infections, but to avoid people getting ill, or badly ill, from the virus, developing severe symptoms that can lead to the death of the patient.

As COVID-19 restrictions have been gradually lifted in countries with high vaccination rates, a rise in cases was expected even with large portions of the population being fully vaccinated - but the numbers are nowhere as high as they would have been last year, when vaccines against COVID-19 were not available yet.

In the UK, the latest report from Public Health England estimates that vaccinations efforts prevented 143,600 hospitalizations in those aged 65 years and over in England, 105,900 deaths and potentially 24,088,000 infections.

Another point to consider is that the trials determining the efficacy of the COVID-19 vaccines were initially done before the emergence of the Delta variant and generally they were being judged on preventing symptomatic COVID-19, rather than preventing infection.

Research has found that two doses of the Pfizer vaccine were still 88 percent effective at preventing symptomatic infections against the new variant, while the AstraZeneca vaccine was 67 percent effective - a drop from the previous trials' results, but still very high percentages.

Data produced so far seem to prove that, despite a recent rise in new infections, vaccines are working in making it much less likely that a person will end up in hospital, or worse, if they get COVID-19.

But they're yet not the miraculous solution to end the pandemic on their own and according to many experts, COVID-19 is here to stay and is likely to become endemic, like the flu, circulating in pockets of the global population.

If that's the case, vaccines will have a key role to play minimizing the number of infections and hospitalizations in the years to come.