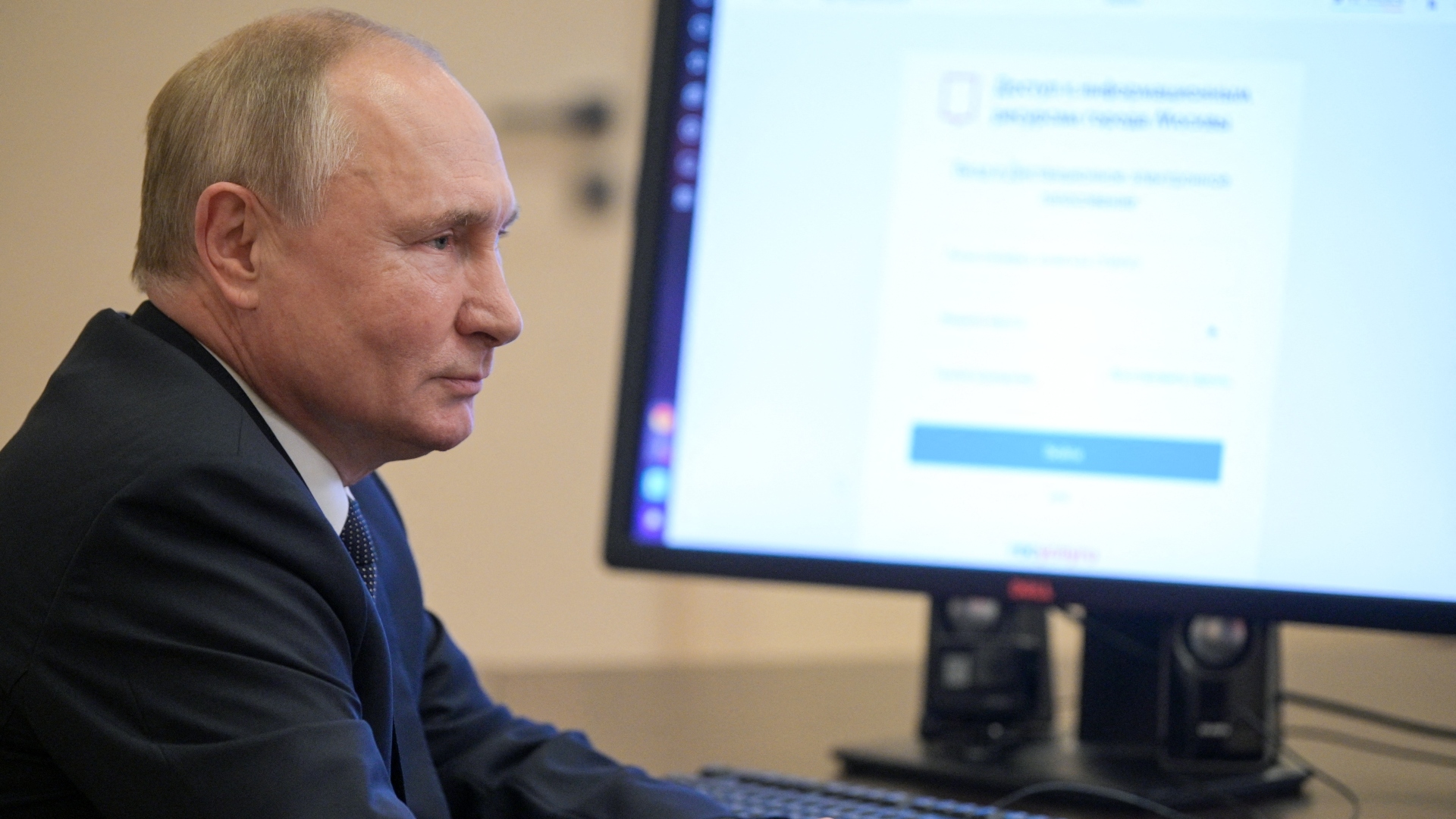 President Vladimir Putin voted online for the first time in a Russian election, which is being held over three days./Alexey Druzhinin/Sputnik/AFP

President Vladimir Putin voted online for the first time in a Russian election, which is being held over three days./Alexey Druzhinin/Sputnik/AFP

Russian President Vladimir Putin's party looks likely to retain its parliamentary majority in the three-day elections, which finish on Sunday – after opposition attempts to topple the incumbents were hampered by tech giants restricting tactical voting apps and information.

Putin's highest-profile critic Alexei Navalny has already been jailed and with his organizations banned for being "extremist," anyone associated with his groups was excluded from running in this weekend's parliamentary and local elections.

On Friday, a 'Smart Voting' app produced by Navalny's group, which informed supporters which candidate was most likely to unseat Putin-supporting United Russia politicians, was removed by both Apple and Google. The Telegram app popular in Russia soon followed suit. AFP news agency sources said the companies faced threats of serious criminal charges and incarceration of local staff.

Navalny's team still sought to release the same information via publicly available Google Docs lists and YouTube videos, but by the early hours of Sunday these too had been blocked. Google, which owns YouTube, did not immediately respond to news agencies' requests for comment.

Opposition groups blamed Russia's media regulator Roskomnadzor. When the Google Docs and YouTube videos were published as a back-up, Navalny's banned Anti-Corruption Foundation tweeted, "How quickly will Roskomnadzor write another request and YouTube will fulfill it? Let's see."

There have been widespread claims of electoral fraud. The Golos election-monitoring movement, which authorities branded a "foreign agent" ahead of the polls, and independent media reported thousands of violations.

The alleged fraud includes vote-buying and lax measures for guarding ballots at polling stations. Golos claims included ballots being stored overnight in a cabinet with a broken door, while envelopes for storing ballot tallies appeared to have been opened and then resealed. The elections for Russia's lower parliamentary house have been dogged by accusations of voter fraud. /Alexander Nemenov/AFP

The elections for Russia's lower parliamentary house have been dogged by accusations of voter fraud. /Alexander Nemenov/AFP

Friday's opening day featured unexpectedly long lines at some polling places, with independent media suggesting state institutions and companies could be forcing employees to vote. Online voting, new limits on independent election observers and the polls being spread over three days were also cited as opportunities for mass voting fraud.

A local Russian election commission member posted a video in which a man appeared to have tried to cast several ballots and then was confronted by a poll worker. The man in the video said he had obtained his ballots at a subway station.

The head of Russia's Communist Party, the country's second-largest political party, joined the chorus decrying the potential fraud – even as his party was expected to gain seats.

Gennady Zyuganov insisted that authorities must respond to reports of "a number of absolutely egregious facts" around the alleged ballot-stuffing. The Communists have already applied for permits to hold post-election protests next week.

The Putin-loyal United Russia party seems certain to remain the dominant force in the State Duma, the lower house of parliament – but could lose some, most of which which are expected to go to the Communists. Although the Communists generally support Putin's initiatives in the parliament, if they were to gain seats some believe it would be a loss of face for United Russia. While Putin remains popular, the party has lost support as living standards decline following years of economic stagnation.

The big question on Sunday is whether United Russia will retain its current two-thirds majority, which allows it to push through legislative changes without resistance. Although most projections predict it will achieve that, some suggest it could fall short, which is enough to change the constitution.

Putin, who cast his vote on Saturday, urged voters to play their part in forming a new parliament, "All of us are equally interested in electing responsible, energetic and respected members of parliament, who can keep their word, fulfill your requests and their promises and live up to the hopes and trust of the citizens of Russia."