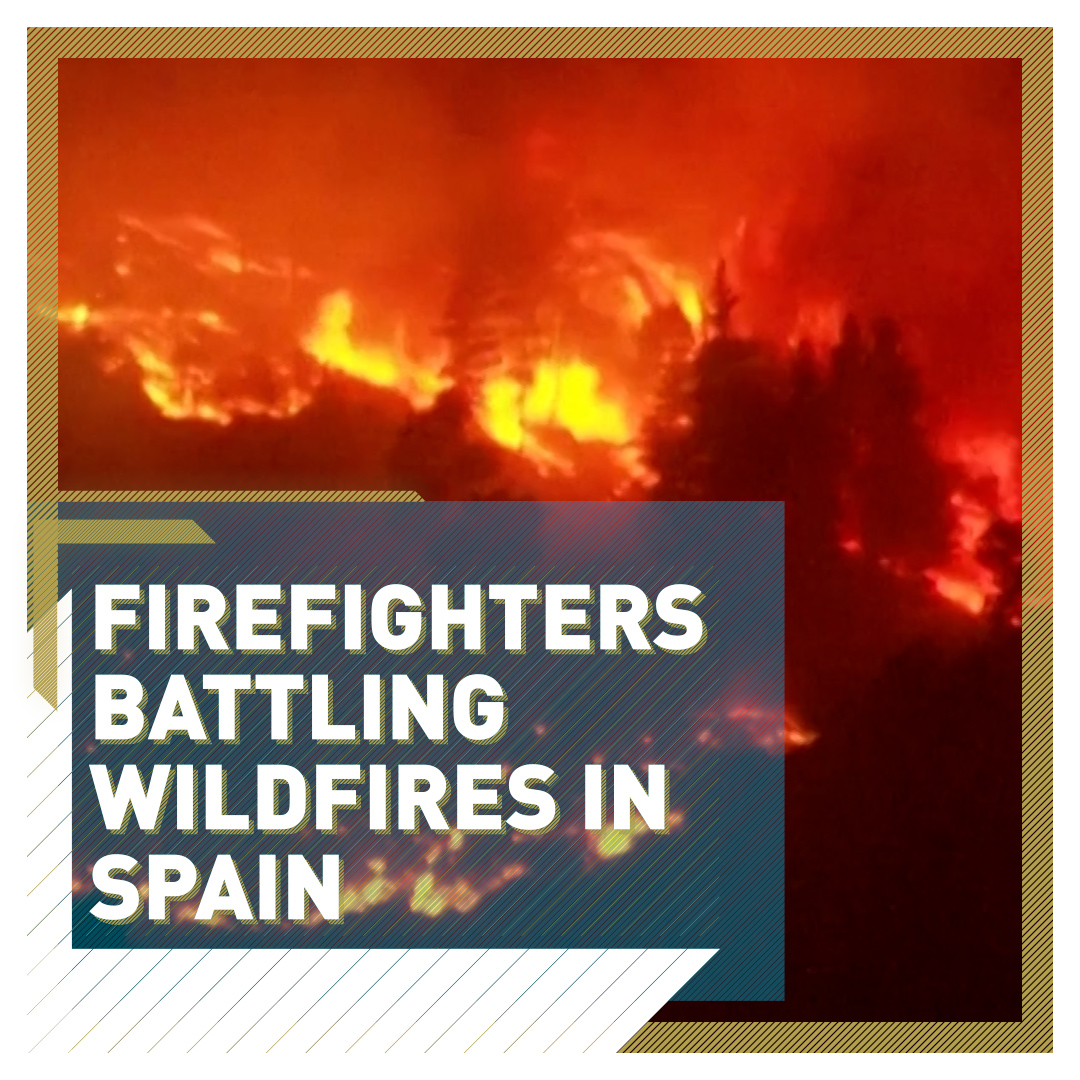 Firefighters continued to battle wildfires for a sixth day near a Costa del Sol resort in southern Spain, but officials said signs were hopeful as some evacuees from the area started to return home.

"The evolution over the last few hours shows hopeful signs but we have to remain prudent," fire brigade chief Juan Sanchez of the regional forest fire agency told reporters on Monday.

Backed by some 50 aircraft, about 1,000 firefighters have been working to put out the blaze, which has already devastated 7,780 hectares of forest since it started on Wednesday.

Officials said the wildfire has been one of the most difficult to tackle in recent times in Spain.

The authorities have allowed 1,054 people who were evacuated from the resort of Estepona and the town of Benahavis last week to return home. However, several hundred more from other nearby areas are still waiting for the green light, with hopes raised by some light rain on Monday.

"We have been talking for a long time about the consequences of rural area depopulation, climate change and other phenomena. Today we are experiencing them," Sanchez said.

Propelled by strong winds, the wildfire started on Wednesday evening in the mountainous Sierra Bermeja area above Estepona, a popular tourist spot for visiting Britons.

A firefighter died on Thursday while tackling the blaze.

Regional environment chief Carmen Crespo said on Friday the fire appeared to have been started on purpose and investigators were working to find out more information.