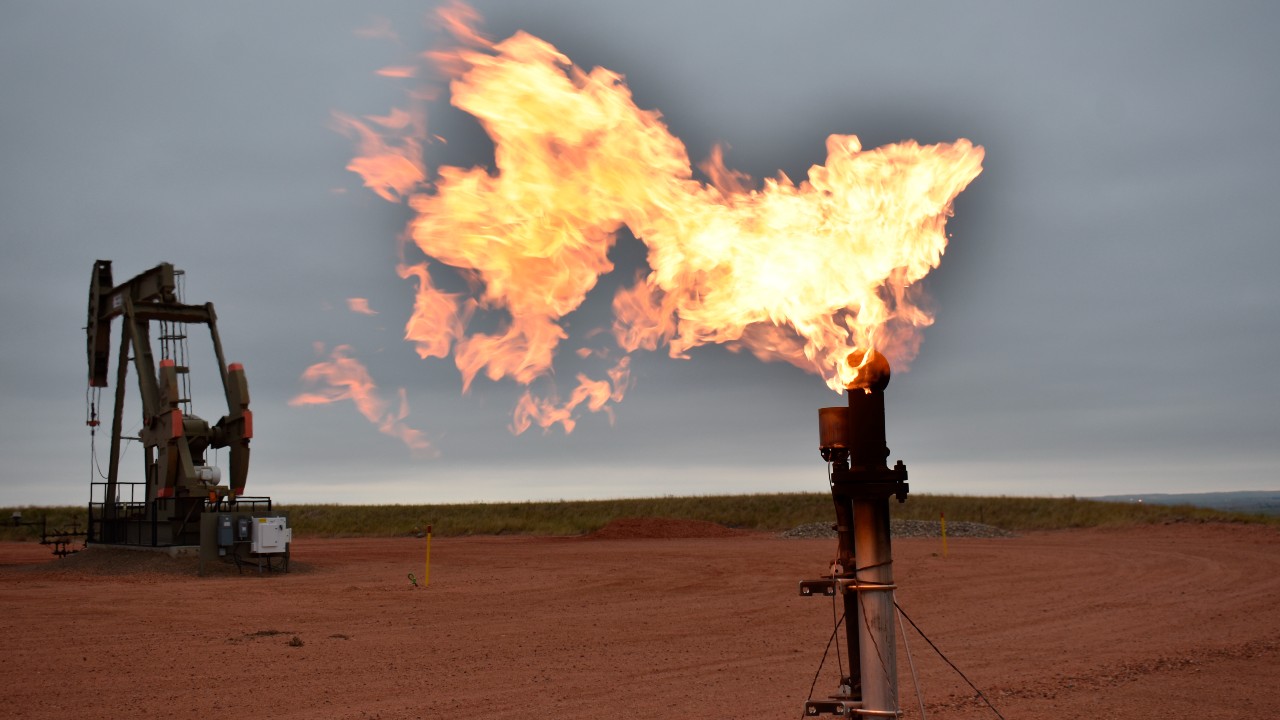 A flare burns natural gas at an oil well – but we may have to stop digging up fossil fuels to hit Paris Agreement targets. /Matthew Brown/AP Photo

A flare burns natural gas at an oil well – but we may have to stop digging up fossil fuels to hit Paris Agreement targets. /Matthew Brown/AP Photo

The overwhelming majority of fossil-fuel reserves must stay in the ground or the planet's climate crisis will accelerate, according to a new study by researchers at University College London.

Analysis suggests that even to stand a 50-50 chance of keeping global heating below 1.5 degrees Celsius – the growth-figure target enshrined in the Paris Agreement – countries and companies would need to leave 90 percent of coal reserves and 60 percent of oil and gas untouched.

To increase the chances of avoiding climate catastrophe, reductions would need to be even steeper, leaving trillions of dollars of mineral wealth untapped – with inevitable economic effects on companies and countries invested in fossil-fuel extraction.

Calling the future "bleak" and the situation "absolutely desperate," the authors say the report "implies that many operational and planned fossil fuel projects [are] unviable."

Analyzing via geographical region, the report – published in Nature – says Europe would have to keep 90 percent of its coal, 72 percent of its oil and 43 of its gas in the ground. Other areas would face even more stringent restrictions.

The report pleads for "countries that are fiscally reliant on fossil fuels" to urgently reassess their production, warning of "huge transition risk unless economies diversify rapidly."

It cites the example that Middle Eastern oil production "needs to peak in 2020, which in combination with lower oil prices from demand destruction signifies large reductions in fiscal revenue, with Iraq, Bahrain, Saudi Arabia and Kuwait relying on fossil fuels for 65 to 85 percent of total government revenues at present."

The findings chime with an International Energy Agency (IEA) report published in May, which concluded that there could be no new fossil-fuel schemes if countries are to reach the goal of net-zero emissions by 2050.

But while scientific opinion continues to coalesce on the need to close the gap between rhetoric and reality, opposition is also hardening to the idea of production reduction in countries which rely heavily upon fossil fuels.