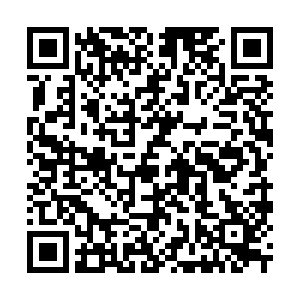 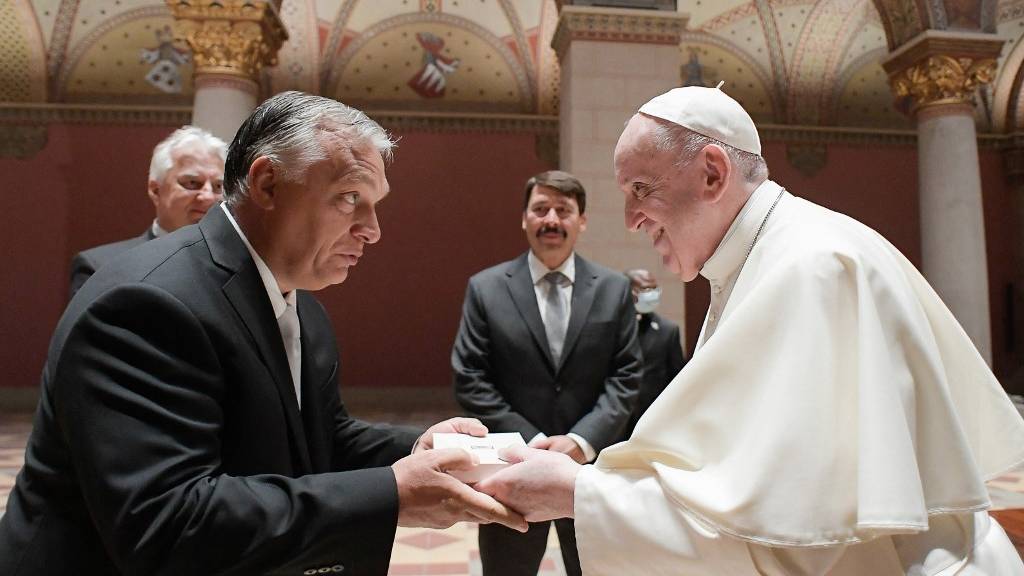 Pope Francis called on Christians in Hungary to be "open" and "considerate" at an open-air mass in Budapest after meeting with the country's anti-immigration prime minister Viktor Orban.

In stark contrast to his host, who styles himself as a defender of "Christian Europe," the head of 1.3 billion Catholics has repeatedly called for solidarity with those from all religions fleeing war and poverty.

Speaking to tens of thousands of his followers in the vast Heroes' Square in Budapest, the pope said he wanted them to be "grounded and open, rooted and considerate."

The pontiff was in Hungary to close the International Eucharistic Congress, but used the opportunity to meet Orban and other top Hungarian politicians at Budapest's Fine Arts Museum.

However, he spent only seven hours in the country before heading to Slovakia for a trip that lasts four days in total.

"I asked Pope Francis not to let Christian Hungary perish," Orban posted on his Facebook page following a photo of the two shaking hands.

As a present, he offered the pope a copy of a letter written by King Bela IV to Pope Innocent IV in 1250 asking for help against Mongol warriors who threatened Christian Hungary.

In recent years, many Orban supporters have shown their anger towards the church's leadership, with right-wing Hungarian media and political figures launching criticisms of the pontiff, describing him as "anti-Christian" for his pro-refugee sentiments. 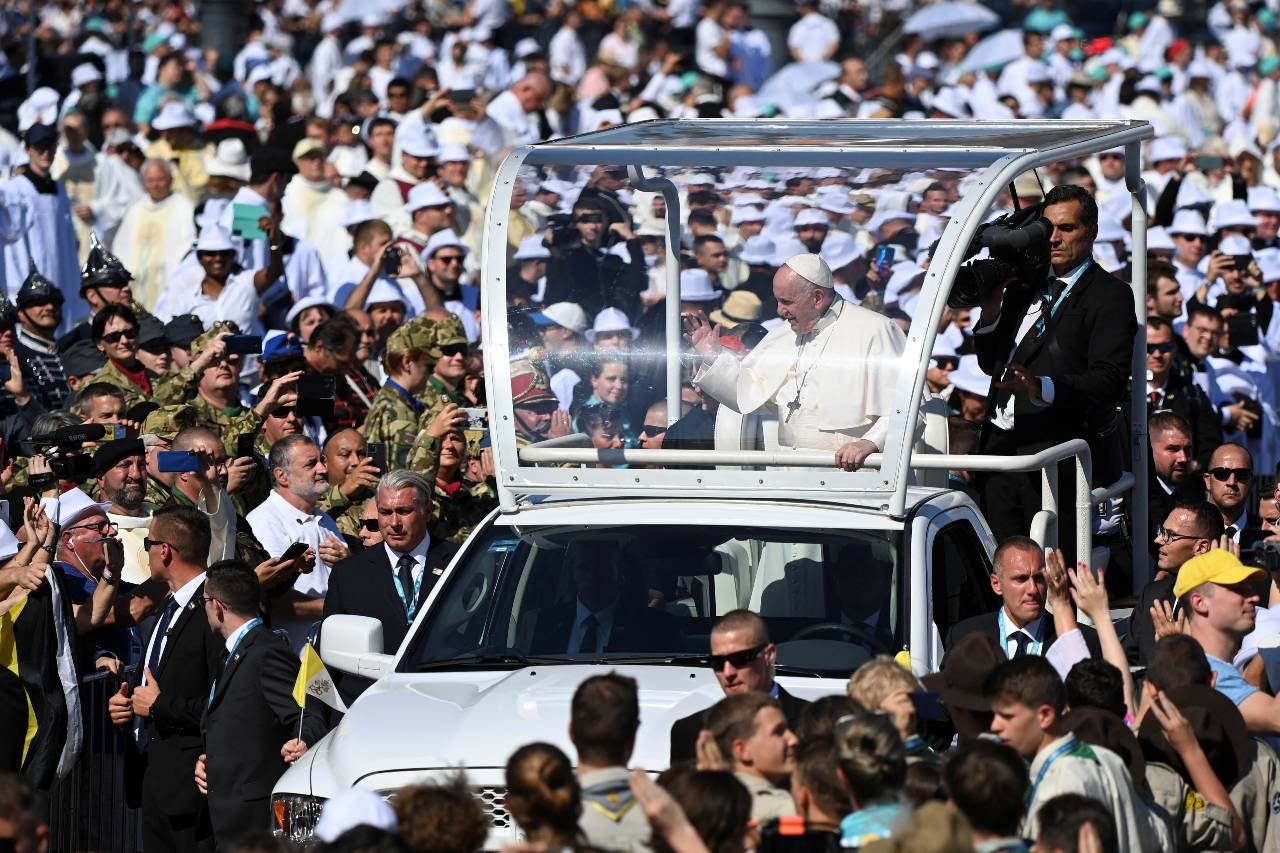 Pope Francis greeted his followers as he arrived for a Holy Mass at the end of an International Eucharistic Congress in Budapest. /Attila Kisbenedek/AFP

Pope Francis greeted his followers as he arrived for a Holy Mass at the end of an International Eucharistic Congress in Budapest. /Attila Kisbenedek/AFP

The Argentine often reminds Europeans that their culture and society has been built on waves of new arrivals.

Earlier in the day, he told Hungarian bishops that various religious and ethnic groups had "transformed this country into a multicultural environment" presenting a "great opportunity."

The pope also met with Christian and Jewish leaders, using the opportunity to stress "the threat of antisemitism still lurking in Europe and elsewhere." The 84-year-old pontiff's 34th foreign trip comes two months after a colon operation and a 10-day hospital stay.