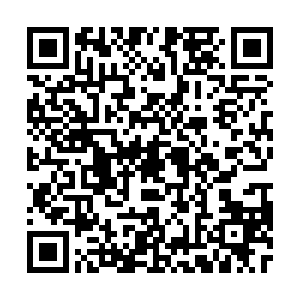 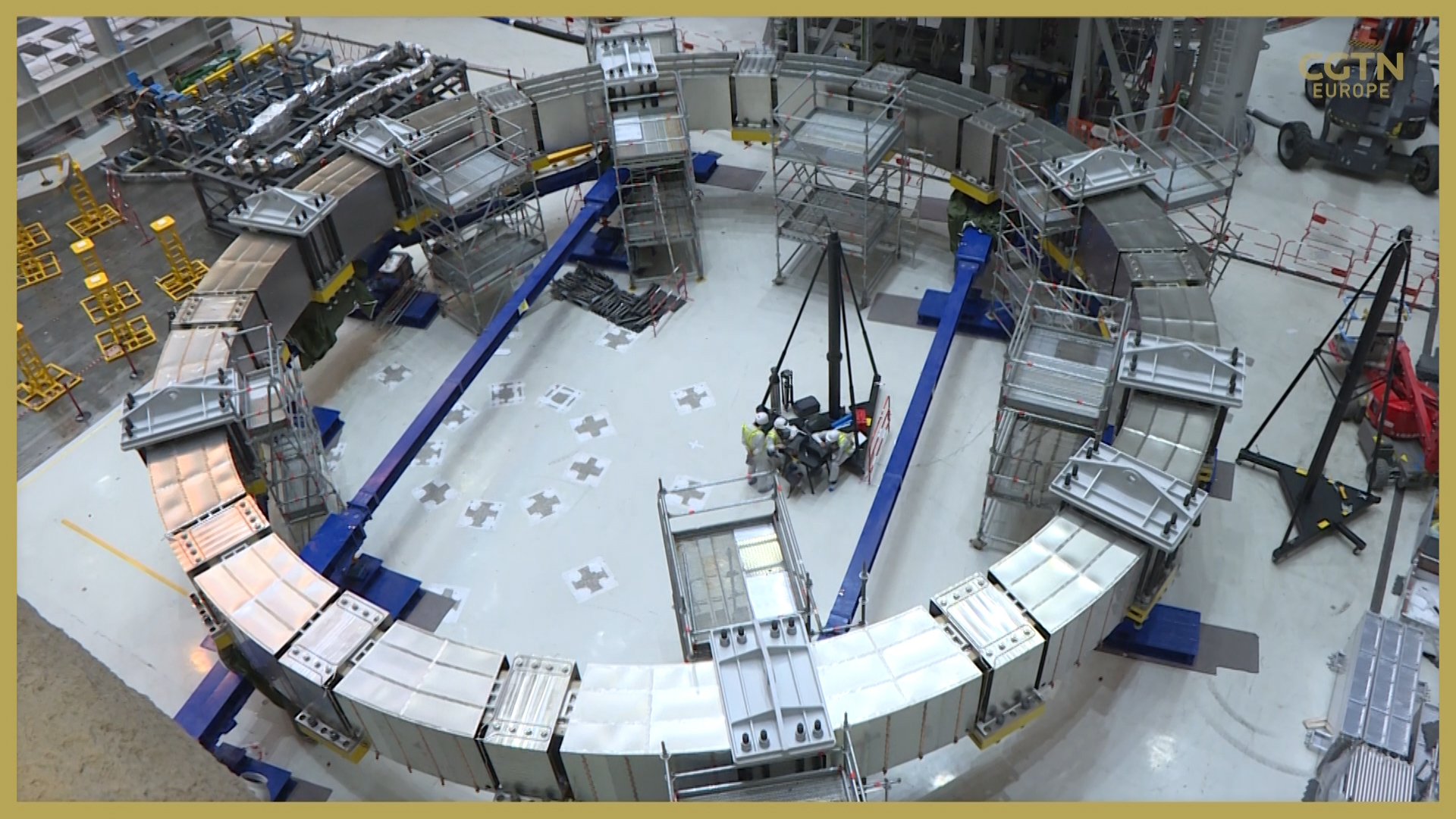 Employees at the high-security nuclear site in southern France stood in high-visibility jackets by the gates as the clock passed midnight.

A small group of journalists huddled in the dark at a roundabout.

The road was closed.

It was shut off to the public by a special team of gendarmes, their blue lights flashing on top of their parked motorcycles.

Aside from nervous chatter, there was the buzz of the nocturnal Provencal insect chorus.

Stars were visible in and out of the clouds above. At 1:15 a.m., what we were all waiting for rolled into view.

Police escorted an exceptionally loaded convoy – with part of the world's biggest magnet on board.

One truck was pushing and another pulling a multi-wheel low-loader trailer with the enormous magnet bound and locked in on top.

The magnet is one of six that will form part of the largest and most integrated superconducting magnet system ever built.

It is all happening at the International Thermonuclear Experimental Reactor (ITER) project north of Marseille.

The goal of this scientific megaproject is to show that fusion energy could provide near endless, green power.

The magnet system aims to generate an extremely powerful field to control an energy-producing plasma that is intensely hot. The plasma will be shaped and steered in a "tokamak" at a temperature of 150 million degrees Celsius.

A tokamak is an experimental machine designed to harness the energy of fusion and the one being built in the French countryside will be the world's biggest, housed in a building 60 meters high. 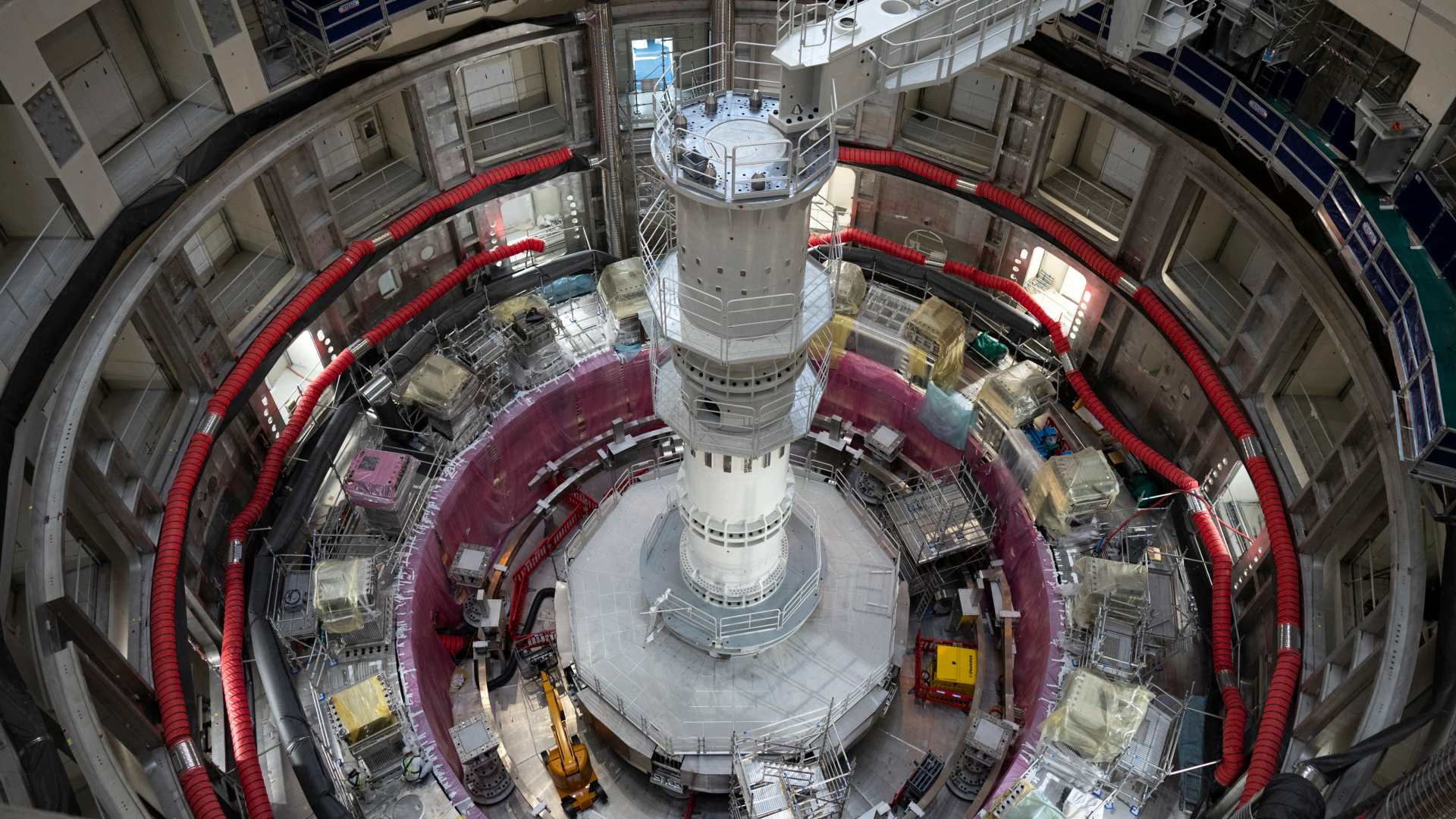 An image of the the International Thermonuclear Experimental Reactor. The magnet is so strong that some have argued it could lift an aircraft carrier. /AP/ Daniel Cole

An image of the the International Thermonuclear Experimental Reactor. The magnet is so strong that some have argued it could lift an aircraft carrier. /AP/ Daniel Cole

Fusion is the nuclear reaction that powers the Sun and the stars and it is a potential source of safe, green and virtually limitless energy.

But all nuclear energy plants currently providing power run on nuclear fission, which is the splitting of a heavy, unstable nucleus into two lighter nuclei.

The process that ITER is aiming to create is fusion – in which two light nuclei combine, releasing vast amounts of energy.

There are seven strategic partners in the ITER project: The U.S., the European Union, Russia, India, Japan, the Republic of Korea and China.

Some experts think the huge cost and difficulty of designing and running fusion reactors make them unlikely to ever become a mainstream energy source.

But the physicists, engineers and designers at ITER hope to show the idea of recreating the energy that powers our stars is not science fiction – that it can provide a clean-energy solution for future generations.