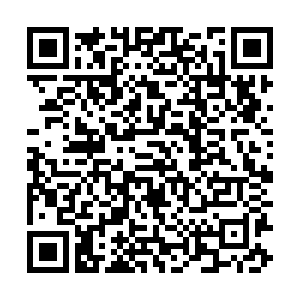 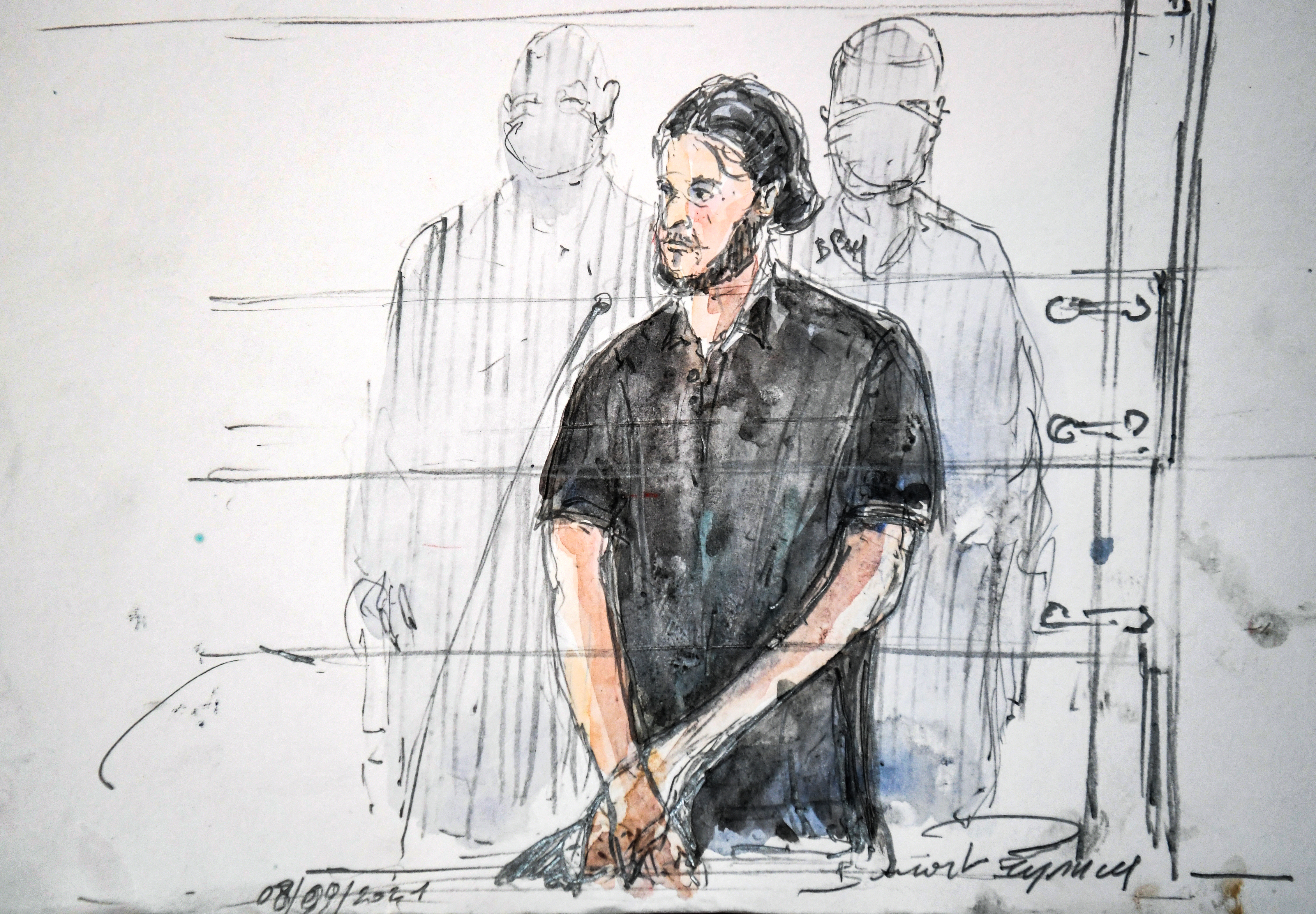 Salah Abdeslam, the prime suspect in the November 2015 Paris attacks, standing on the first day of the trial. /Benoit Peyrucq/AFP

Salah Abdeslam, the prime suspect in the November 2015 Paris attacks, standing on the first day of the trial. /Benoit Peyrucq/AFP

The main suspect in a jihadist rampage that killed 130 people across Paris described himself defiantly as "an Islamic State soldier" and shouted at the top judge on Wednesday at the start of a trial into the 2015 attacks.

Salah Abdeslam, 31, is believed to be the only surviving member of the group that carried out the gun and bomb attacks on six restaurants and bars, the Bataclan concert hall and a sports stadium on November 13, 2015, in which hundreds were injured.

He appeared in court dressed in black and wearing a black face mask. Asked his profession, the French-Moroccan removed his mask and told the Paris court: "I gave up my job to become an Islamic State soldier."

While the other defendants, who are accused of providing guns, cars or helping plan the attacks, simply answered routine questions about their name and profession and otherwise remained quiet, Abdeslam clearly sought to use the start of the trial as a platform.

Asked by the court's top judge to give his name, Abdeslam used the Shahada, an Islamic oath, saying: "I want to testify that there is no god except Allah and that Muhammad is his servant."

He later shouted at the court's top judge for two minutes, saying the defendants had been treated "like dogs," BFM television reported, adding that someone in the public section of the court, where victims and victims' relatives sit, shouted back: "You b*****d, 130 people were killed."

Victor Edou, a lawyer for eight Bataclan survivors, had said earlier that Abdeslam's statement that he is an Islamic State soldier was "very violent."

"Some of my clients are not doing too well ... after hearing a statement that they took as a new, direct threat," he said. "It's going to be like that for nine months."

Others said they were trying not to attach much importance to Abdeslam's comments.

"I need more to be shocked ... I'm not afraid," said Thierry Mallet, a Bataclan survivor.

Responsibility for the attacks was claimed by the so-called Islamic State (ISIS), which had urged followers to attack France over its involvement in the fight against the militant group in Iraq and Syria. 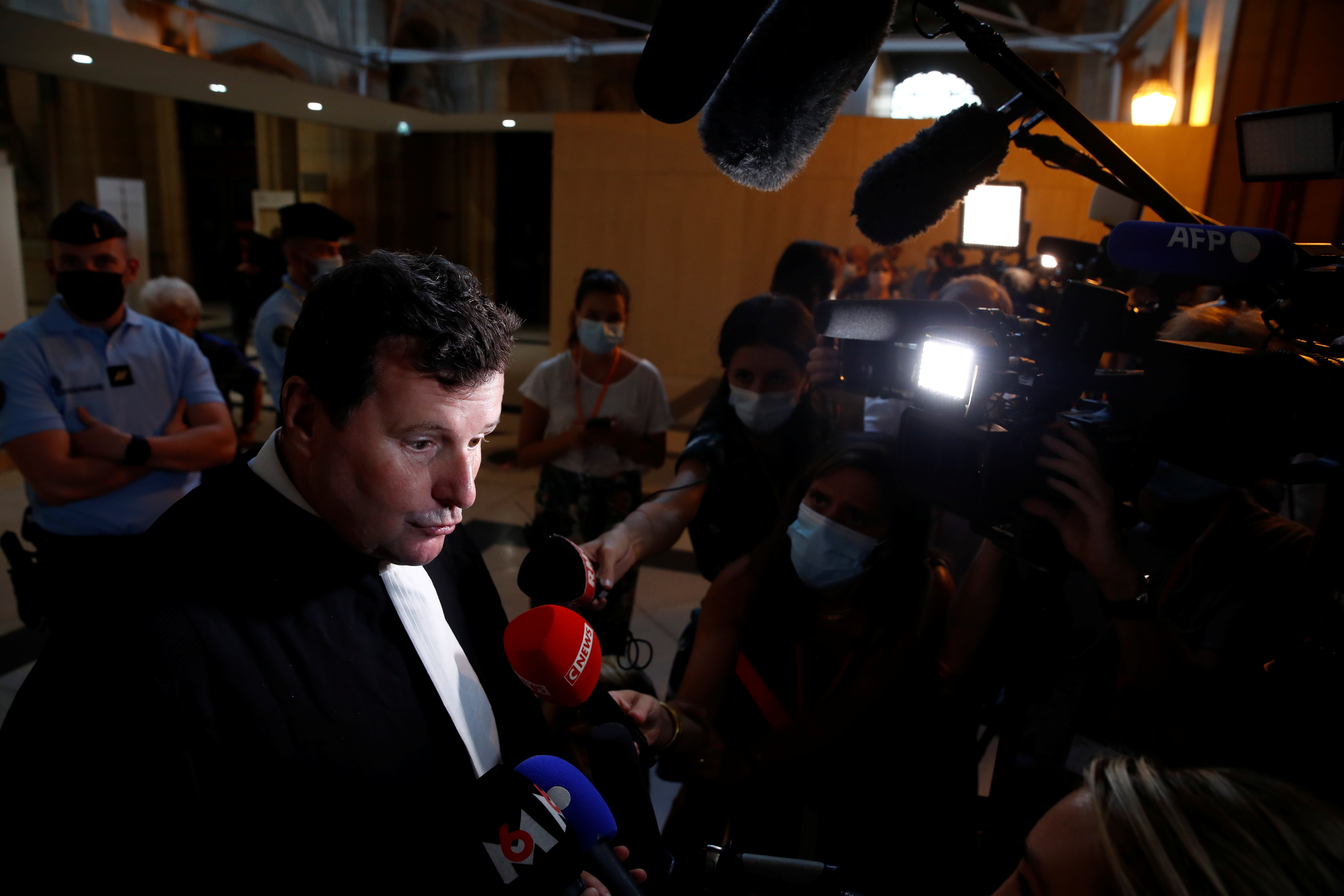 Jean Reinhart, lawyer of the victims' association 13onze15 and civil parties, talks to journalists during a break on the first day of the trial at the Paris courthouse on the Ile de la Cite. /Reuters/Gonzalo Fuentes

Jean Reinhart, lawyer of the victims' association 13onze15 and civil parties, talks to journalists during a break on the first day of the trial at the Paris courthouse on the Ile de la Cite. /Reuters/Gonzalo Fuentes

Before the trial, survivors and victims' relatives had said they were impatient to hear testimony that might help them better understand what happened and why.

"It is important that the victims can bear witness, can tell the perpetrators, the suspects who are on the stand, about the pain," said Philippe Duperron, whose 30-year-old son Thomas was killed in the attacks.

"We are also waiting anxiously because we know that as this trial takes place, the pain, the events, everything will come back to the surface."

The trial is expected to last nine months, with nearly 1,800 plaintiffs and more than 300 lawyers involved in what Justice Minister Eric Dupond-Moretti called an unprecedented judicial marathon. The court's top judge, Jean-Louis Peries, said it was a historic trial.

Eleven of the 20 defendants are already in jail pending trial and six will be tried in absentia – most of them are believed to be dead. Most face life imprisonment if convicted.

Police mounted tight security around the Palais de Justice courthouse in central Paris. Defendants appeared behind a reinforced glass partition in a purpose-built courtroom and all people must pass through several checkpoints to enter the court.

The first days of the trial are expected to be largely procedural. Victims' testimonies are set to start on September 28.

Questioning of the accused will start in November but they are not set to testify about the night of the attacks and the week before them until March.

A verdict is not expected before late May, but Bataclan survivor Gaetan Honore, 40, said being there from the start mattered.

"It was important to be here on the first day, symbolically. I'm hoping to understand, somehow, how this could happen," he said.