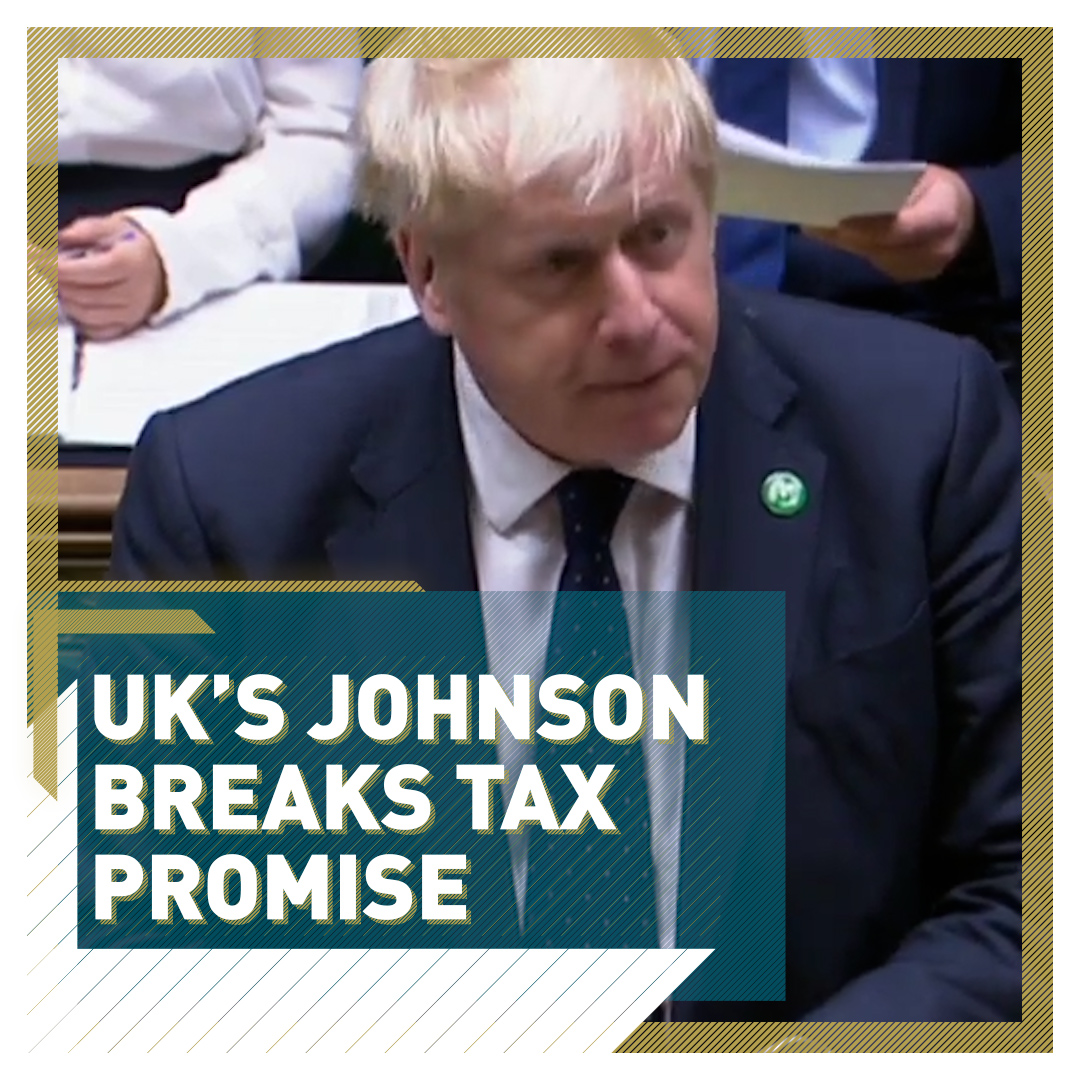 He has openly admitted it breaks an election promise by his Conservative Party not to raise taxes. But Johnson said he believed voters would understand and that no party knew the pandemic was coming.

The announcement is wrapped up with a long-awaited new policy on social care, but it has not put an end to the argument about how that should be paid for.

The plan is two-fold, and will increase taxes for the majority of people living in the UK. This revenue will first go to the NHS, which has been hit hard by the pandemic. After three years, the money will be diverted to the social care system.

It will also move the burden of the cost from individuals to the government for the poorest, and individuals and the state will share the burden for those with more assets.

What is social care?

Social care is assistance in daily life given at home, it's often long-term and it aims to give "practical support" to those affected by illness or disability.

It has been paid for by those who need treatment, or in some cases by local authorities such as councils.

Social care has never been "free at the point of care," like healthcare has been because of the NHS.

The burden of social care now rests with local  services, but there has always been a significant private sector for long-term care for the old or ill.

While the cost of private care has risen, the government funding for social care has actually dropped consistently over the past decade. 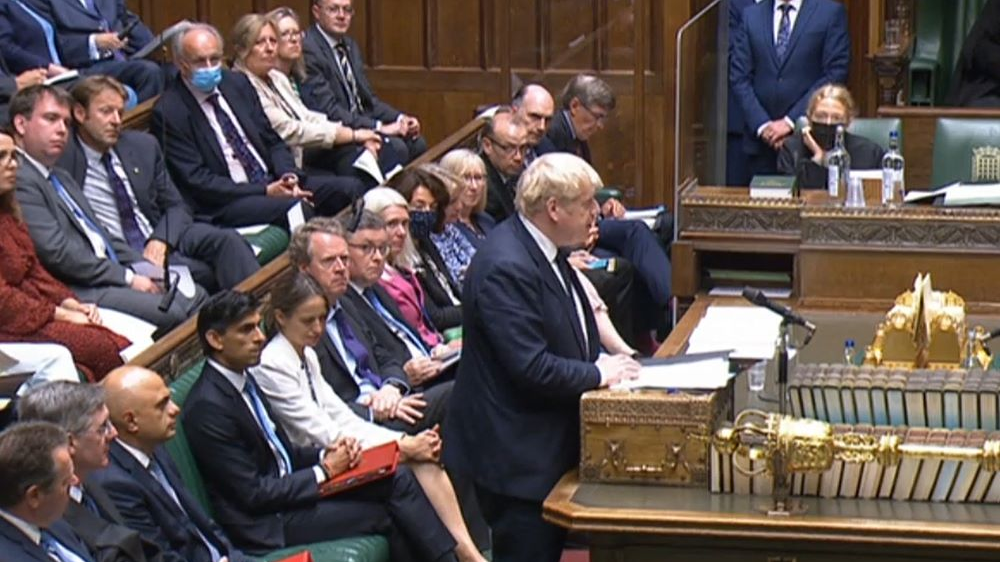 The prime minister delivered the policy in a statement to the House of Commons. /PRU/AFP

The prime minister delivered the policy in a statement to the House of Commons. /PRU/AFP

What does this plan change?

At the moment, anyone with assets (including housing) worth more than $32,033 must pay in full. That means some people end up selling their homes or spending all their savings to pay bills reaching over $100,000.

The new rules will mean anyone with less than $27,500 will have costs paid for by the government.

Those with between $27,500 and $137,776 will be eligible for some help from the government, but this will be on a "means tested" scale, so those with more in the bank will be expected to pay more of a share.

There will also be a maximum personal spending bar set at $118,500. That works out at approximately three years of social care.

These changes will be paid for with an increase in a tax called National Insurance (NI), which is paid for by everyone aged under 65 who is employed. There will be a 1.24 percent rise on this tax first, before the new contribution is separated and called the Health and Social Care Levy and it is only at this point that pensioners will have to pay, too.

Why is it controversial?

Most tax rises are going to cause a bit of a stir and complaints will come. But this proposed action – which needs to be voted on by parliament before it comes into effect – is also a broken promise.

Before the 2019 General Election, Johnson's Conservative Party said it would keep taxes at the same level.

"Yes, I accept that this breaks our manifesto commitment," Johnson told lawmakers in his statement on Tuesday. But he added the pandemic was the cause, and said "no one had a global pandemic in their manifesto."

Many of Johnson's own lawmakers have made clear they are unhappy with the broken promise but it's not clear how many will vote against it. The opposition Labour Party has attacked the change.

Some, including the prime minister's office, said the new system will be progressive as it places a higher burden on high earners.

By increasing NI rather than income tax, Johnson said the new levy would be fairer, as businesses contribute, too. Number 10 Downing Street added that most small businesses (those with fewer than 250 employees) would not have to pay.

But because NI is not paid by everyone, some have accused the government of taking money from the young to pay for care of the old.

"This is not the right tax rise – income tax would be better, some other ones would have been better," said Paul Johnson, director of the Institute for Fiscal Studies, which is an independent research house.

Finally, some economists have cast doubt on the purpose of the reform.

Torsten Bell, CEO of economic think tank The Resolution Foundation, pointed out that of the $49bn of funding announced, only $7.4bn will go on social care, while $34bn will go to other healthcare through the NHS.