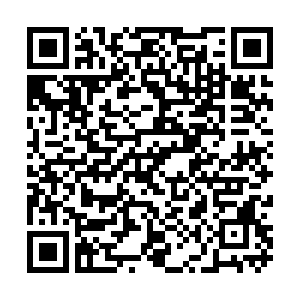 For many, flamenco is the quintessential Spanish art form. Its combination of music, dance and singing go right to the heart of Spanish culture.

The dance's roots are tied firmly to the city of Seville in Andalucia, with the first flamenco bars, or tablaos, opening there in 1885.

Nearly 150 years later, the Seville tourism board is hoping Flamenco, along with its cuisine and UNESCO world heritage sites, will be just some of the attractions that will lure back much-needed tourists.

El Palacio Andaluz is one of Seville's best-known tablaos, where Flamenco dancers perform. It was becoming increasingly popular with Chinese tourists before the pandemic.

Its owner, Salvador Carrasco, told CGTN Europe the Chinese market was hugely important to his business before 2020. And that it is vital those tourists return.

"Chinese tourism really began to grow around 10 years ago. As the numbers started to grow, we knew then that we could develop our 'quality tourism' trade. It's people who expect higher standards and a different experience. These numbers had grown constantly. That's why we welcome them. In fact, our industry needs them."

A delegation from the Seville tourist board recently traveled to Beijing's International Fair for Trade in Services in the hope of boosting business.

Their message was that Seville was an ideal destination for the more "high-end traveler." This works well with Chinese holidaymakers, who tend to favor history and culture over beach holidays.

That's good news for the museums, restaurants and shopping outlets with luxury brands in high demand, according to Antonio Jimenez, director-general of Seville tourist promotion.

"We want to be an attractive city, especially for the Chinese market. So, they can come and visit here. We have two Chinese tourist profiles – independent travelers looking for culture and shopping and those who come as part of an organized tour," he told CGTN Europe.

Andalusia is in the south of Spain and has traditionally suffered from some of the highest levels of unemployment in the country.

Youth unemployment is running at around 50 percent. The tourism industry is still the largest employer and it needs visitors more than ever to kick-start its economy.

Spain has now fully vaccinated more than 70 percent of its population and its hoped this successful will also help revive the tourism industry.

Tourism bosses are hoping to see a return to pre-pandemic levels, when more than 700,000 tourists came to Spain from China every year.

This might be optimistic for the immediate future, but it's certainly in their plans moving forward.