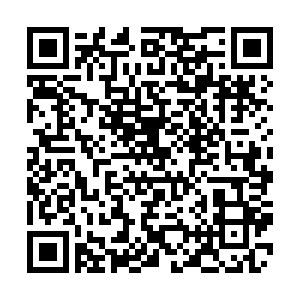 Health ministers from the world's 20 biggest economies have agreed that increasing equitable distribution of COVID-19 vaccines to countries most in need is critical to ending the pandemic.

The ministers have been holding a two-day meeting in Rome to discuss the ongoing pandemic, global preparedness, health systems and the future of vaccines, dialogistic tools and treatments.

Italy's Health Minister Roberto Speranza set out the "Pact of Rome" at the end of the summit, describing it as a political commitment to distribute vaccines to the "whole world." He noted an agreement to increase financial and technological support to ensure countries can produce their own vaccine supplies – as well wealthy countries sending more doses.

"The stronger nations, the G20 countries, must help the more fragile countries in the vaccination campaign. This needs to be done immediately, here and now," he told reporters. No financial figure seems to have been put on the commitment yet.

Speranza's statements echo those of World Health Organisation Director-General Tedros Adhanom Ghebreyesus, who called for nations to deliver on vaccine pledges for the COVAX initiative and share technology to assist with vaccine production around the globe.

Of more than 5 billion vaccines administered worldwide, around 75 percent have been delivered to 10 countries, with Africa reporting the lowest vaccination coverage at just 2 percent.

Italy has also announced from this month the most vulnerable will be offered a third dose of COVID-19 vaccine, following the likes of the UK and the U.S. which will offer a third dose to those who are "immunocompromised." EU member Hungary has been offering third dose vaccines to anyone who was fully vaccinated at least four months prior, since the start of August.

During the G20 summit, Germany pledged to donate 100 million doses to international vaccine programs by the end of the year – a similar number to those administered in the country so far.

Germany's Health Minister Jens Spahn noted, "we are only safe when everyone is safe" – and that the doses would help towards the WHO's goal of having at least 40 percent of the world's population vaccinated by 2022.

As well as the need for vaccine delivery, WHO initiative the ACT-Accelerator has called for $1.2 billion to fund oxygen equipment – with 70 countries at risk of shortages over the next month.

Italy currently holds the rotating G20 presidency. Health and finance ministers will meet in the country again in October to discuss how to reinforce the global health architecture.