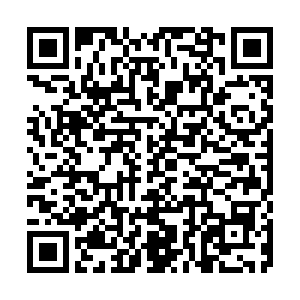 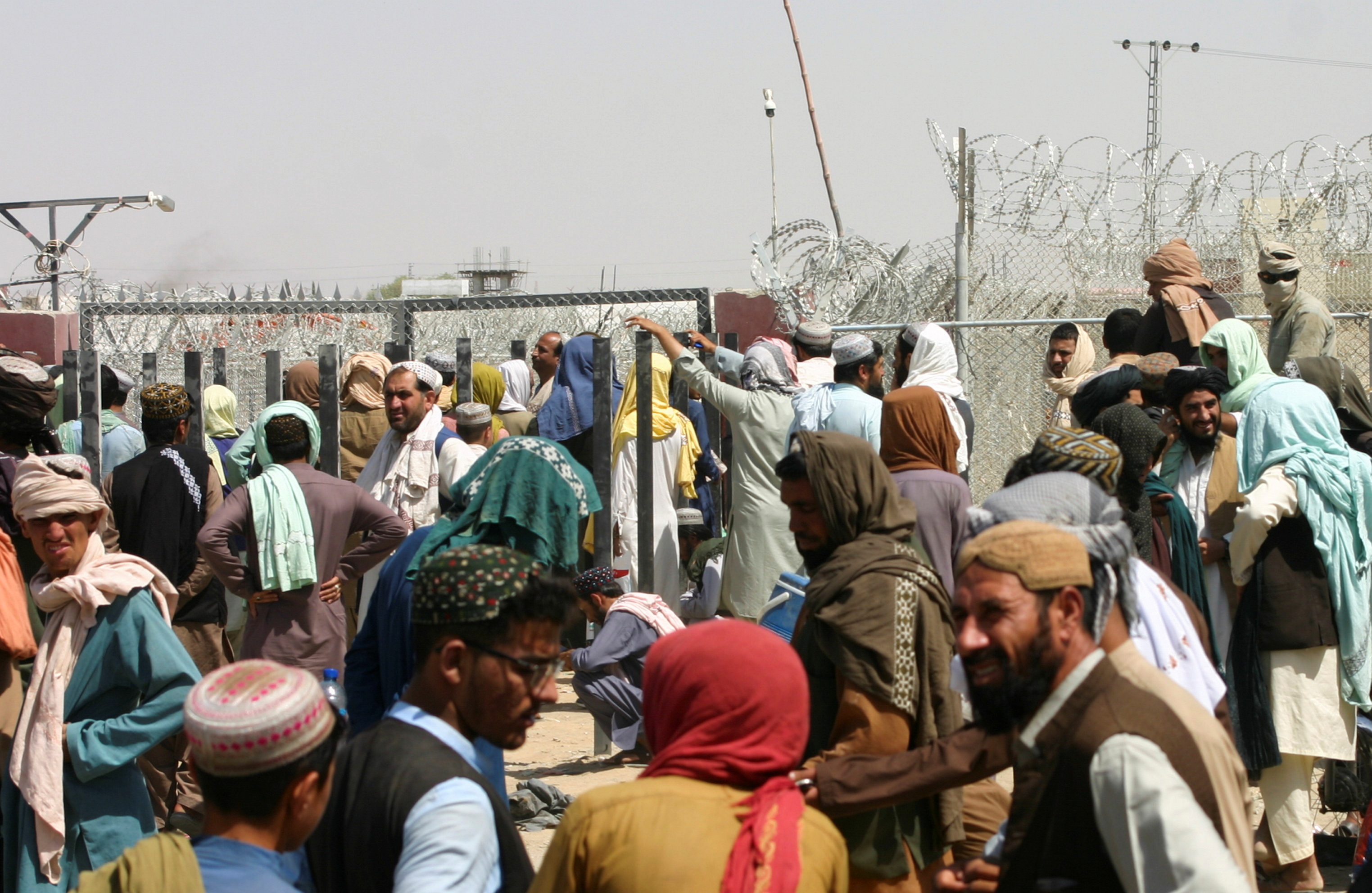 People gather to cross into Afghanistan, during a temporary closure of the Friendship Gate crossing point at the Pakistan-Afghanistan border town of Chaman, Pakistan September 2, 2021. Reuters/Saeed Ali Achakzai

People gather to cross into Afghanistan, during a temporary closure of the Friendship Gate crossing point at the Pakistan-Afghanistan border town of Chaman, Pakistan September 2, 2021. Reuters/Saeed Ali Achakzai

A new flag flies over the city of Kabul and crowds gathered to cheer as it was raised. Another sign the Taliban is bedding in and securing control, at least in the urban areas.

In the southern city Kandahar more crowds gathered, this time in a stadium to hear speeches from their new leaders and also to marvel at the long line of armored vehicles left by the U.S. and now driven by the Taliban.

In the cities, local businesses are opening up but the pressures of the U.S. departure are already hitting the economy. The Afghan currency, the Afghani, is falling too fast for effective trading and the United Nations is warning that the country is barely one month away from a food supply crisis.

In one clothing store, the owner has painted over all the women's faces in his clothing display. A homemade act of censorship after a visit from the Taliban.

But contrary to some expectations, a female anchor appeared on the morning show on one of Afghanistan's private TV channels on Wednesday.

Yalda Ali presented a health segment on diabetes and interviewed a male guest.

"A real change has come into the city," says one Kabul resident. "The environment and peace is good but there are issues with wages since no one knows who is running the country. People are unemployed and searching for work."

On the border with Pakistan the situation grows more desperate. Makeshift camps are springing up as more Afghans try to cross. These are not people damaged by an association with the Western forces, they're simply families running out of food and prospects.

North of Kabul in the Panjshir Valley, Taliban forces are digging in to confront their last remaining armed enemy in the country – the so-called Northern Alliance.

Higher up in the mountains, the Pashtun guerrillas are also taking up positions. They boast that they have enough weapons and spirit to take on the Taliban. These are the people who worked with the U.S. to drive the Taliban out of Kabul in 2001.

If there is a civil war in Afghanistan. It will likely be here in Panjshir. 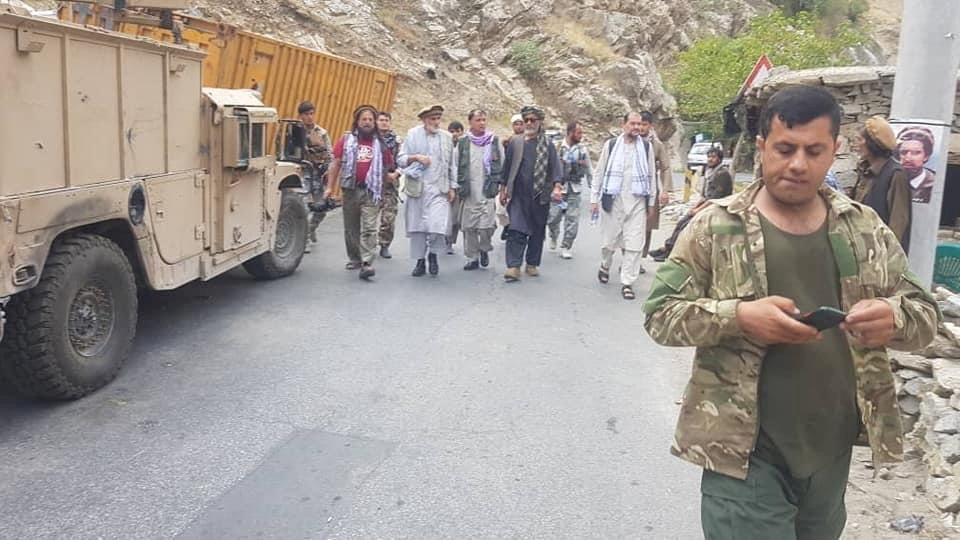 Outside the country, the Afghans who got out through the airport are finding a world trying but struggling to help them.

In the Republic of Korea, an Afghan medic hopes to stay and work. "I would like to continue my profession," says the doctor, currently in quarantine in the capital Seoul. "I would like to work as a medical doctor here. After this quarantine time is over, I will seek the ways to enter this process."

The ROK government is currently debating policy to help it decide how best to treat these newcomers.

Meanwhile, UK Foreign Secretary Dominic Raab is in Doha, Qatar and likely to stay as the international allies regroup.

He has already talked of new alliances and exerting what he called "a maximum moderating influence on what the Taliban does next."

Raab will be eager to find support in the Middle East to help tackle the issue of remaining UK citizens and relevant Afghans stuck in Kabul.

It's turning into a worldwide concerted effort to tidy up the mess left by the U.S. evacuation as yet another failed intervention leaves the unexpected victims at the mercy of the world's ability to cope.