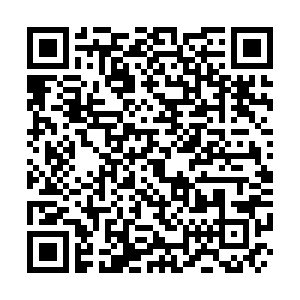 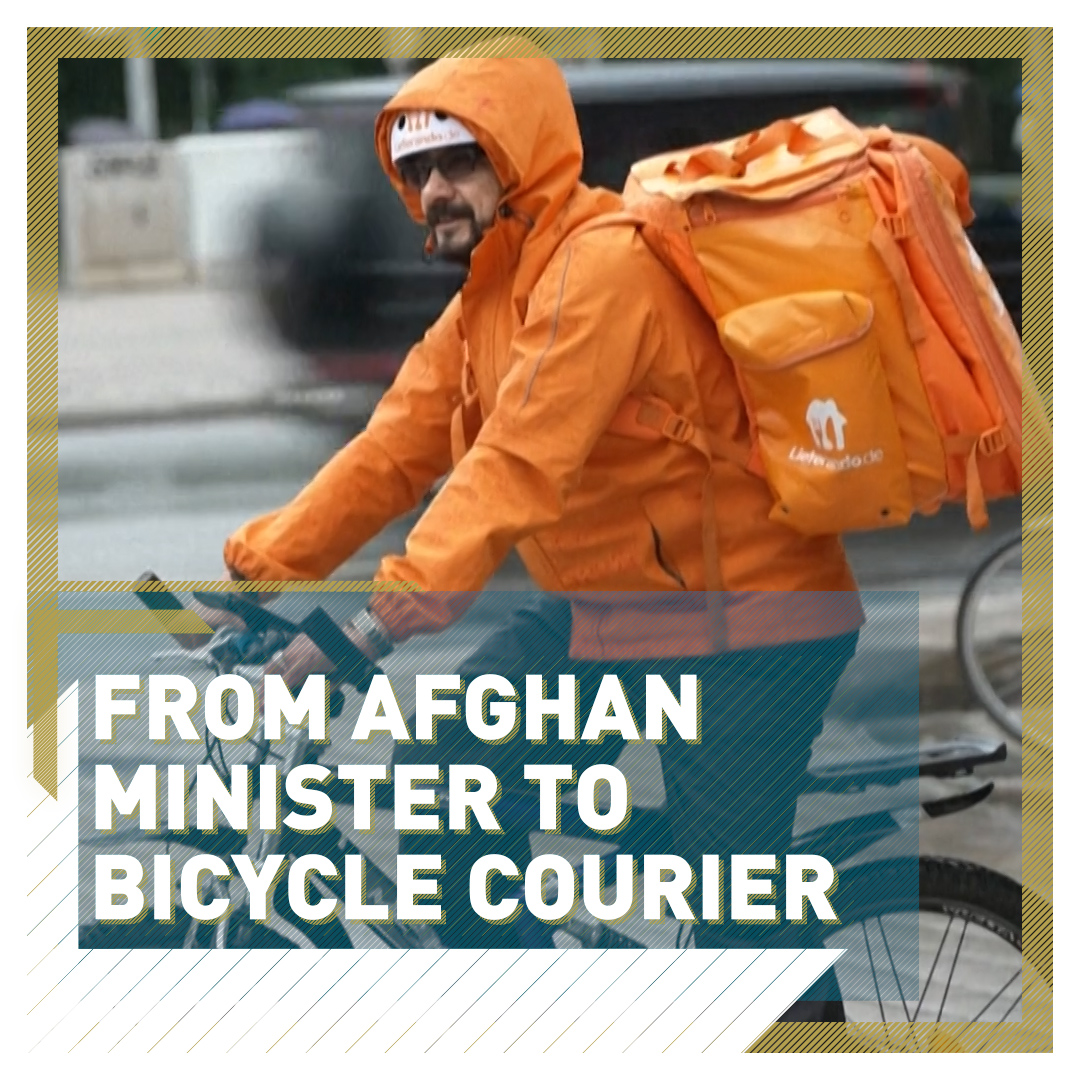 Those are the words of Sayed Sadaat, who was once a government minister in Afghanistan but quit, fed up with corruption. With a new life now in Germany, Sadaat is making a living as a bicycle courier delivering meals.

For six hours on weekdays and from noon to 10 p.m. on Saturdays and Sundays, Sadaat shuttles pizzas and other takeaway orders to customers. The job pays up to $18 an hour, which covers his living expenses and his rent of $497.

In addition to working long hours, the former minister of communications takes up to four hours of language classes a day. He is one of thousands of Afghans who have found a home in Germany. Since 2015, around 210,000 Afghans have sought asylum in Germany, making them the second biggest group of people seeking protection in Europe's most populous nation after Syrians.

With the Taliban's return to power earlier this month, Germany has also evacuated around 4,000 Afghans, including individuals who have worked with NATO forces and others who need security.

Speaking about his current change in jobs, Sadaat says immigrants are good for the country and are not there to "take the money from the government."

"They do hard work. They give to their country, [pay] taxes, and also they do positive things for their country. So my message is that a lot of immigrants will bring good skills here and they do participate in this society."

Sadaat held the position of minister of communications in Afghanistan from 2016 to 2018 but he said he quit his post because he was fed up with corruption in the government.

"When doing the job as a minister, there was a difference between the president's close circle and myself."

He took on a consultancy job in the telecommunications sector in Afghanistan but by 2020, the security situation had deteriorated. 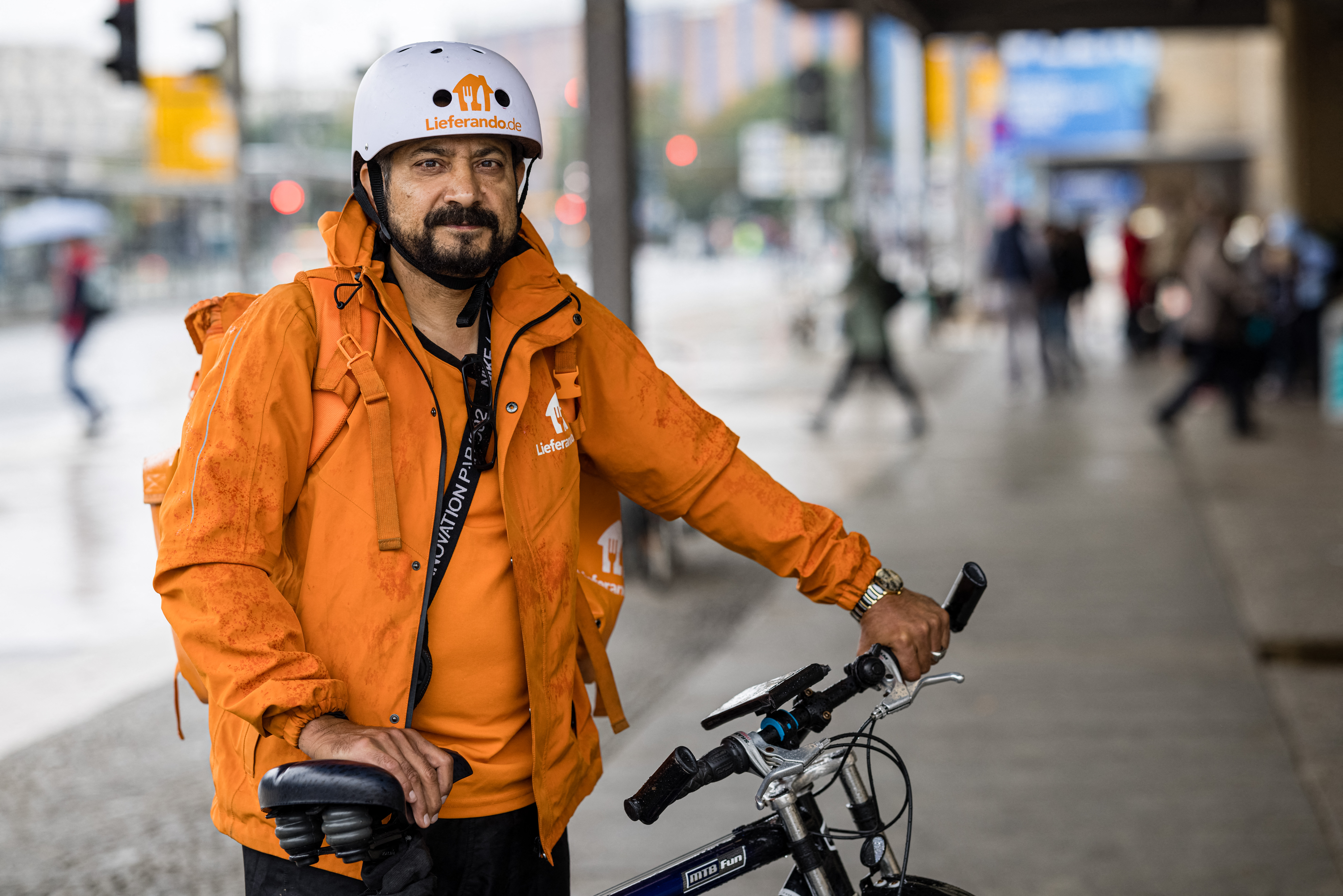 Sadaat is a dual Afghan-British citizen. He made the decision to move to Germany at the end of 2020 before Brexit made it no longer possible for Britons to obtain residency in the EU without conditions such as an offer of employment. The former politician could have secured a post in the UK but he said he saw more opportunities for his sector in Germany. However, it was a struggle to find employment without speaking German but Sadaat remains positive about his current job.

"I know this challenge is for a short time, it is until I can get another job," he said, touting the physical benefits of cycling 1,200km every month.

"For me, this is an exciting job. I explore the area. I go around, I see the countryside, I see different places. I explore the area around me. In the meantime it's exercise ... I cycle 1,200km a month. That's a good amount of cycling."

Urging the international community not to turn its back on Afghanistan and to continue providing economic support, he sees another potential opening for him in Germany.

"I can advise the German government on Afghanistan so that the Afghan people can benefit because I reflect the true picture there," he said.

"My hope for the future is that Afghanistan will become once again a stable, secure and peaceful country and prosperous in terms of work, education, healthwise."