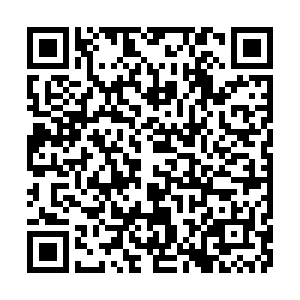 There were long-standing health concerns about using lead in fuel. /Peter Cade/Getty Creative via VCG

There were long-standing health concerns about using lead in fuel. /Peter Cade/Getty Creative via VCG

The world has finally stopped using leaded petrol, a 19-year campaign that has the potential to prevent an estimated 1.2 million premature deaths.

On August 20, the UN Environment Program (UNEP) announced that Algeria – the last country to use leaded gas - exhausted its final supply in July, nearly a century after the first signs of leaded petrol's toxicity first appeared.

Why was lead used in petrol?

People started raising concerns about leaded petrol in 1924 (two years after lead was first added to petrol) when dozens of workers from a factory in New Jersey were hospitalized after suffering from convulsions, with five of them dying.

There was a slight moratorium on production until conditions in the factory were improved and then production resumed. But by the 1970s, almost all the petrol produced around the world had lead in it.

The reason for this was simple, the material improved engine performance in cars.

What was the problem?

At its height, lead exposure was one of the world's most serious environmental threats to health. Exposure to leaded petrol, especially in urban areas, contributed to strokes, cancer and heart disease.

Young children were particularly at risk, with the material affecting their brain development. According to the UNEP, consistent exposure to the material could reduce a child's IQ by five to 10 points.

It also claimed that the effects on brain development increased crime.

It was estimated that ending this practice would save the global economy $2.44 trillion, according to the UNEP. It pointed to lower medical costs and a decrease in crime as the main reasons for this figure.

By the 1980s, most of the world's high-income countries had banned lead in petrol, but it was still common in lower-income nations.

In 2002, when UNEP started its campaign to ban leaded petrol, more than 100 countries were still using it on a day-to-day basis.

It wasn't until 2016 – when Myanmar, Afghanistan, and the Democratic People's Republic of Korea (DPRK) banned it – that the number of nations still using it dropped to just three countries: Algeria, Iraq and Yemen.

Although UNEP celebrated the end of using lead in petrol, it argued that the world should now focus on reducing the number of cars on the road, as cars still contribute to "the threat of local air, water and soil pollution, as well as to the global climate crisis."

It added that while the transportation sector contributes to around a quarter of the world's greenhouse gases, that figure will grow to a third by 2050.

And that 1.2 billion new cars – mostly fuel vehicles – will be added to the world's roads in the coming decades.

Because of this, the executive director of UNEP, Inger Andersen, urged countries to move away from their reliance on fuel like they did with leaded petrol.

"That a UN-backed alliance … was able to successfully rid the world of this toxic fuel is testament to the power of multilateralism to move the world towards sustainability and a cleaner, greener future," said Andersen.

"We urge these same stakeholders … to ensure that now that we have cleaner fuels, we also adopt cleaner vehicles standards globally – the combination of cleaner fuels and vehicles can reduce emissions by more than 80 percent."