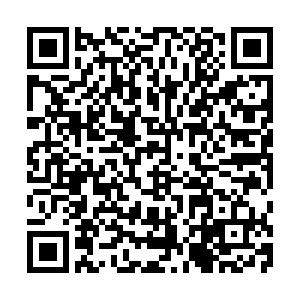 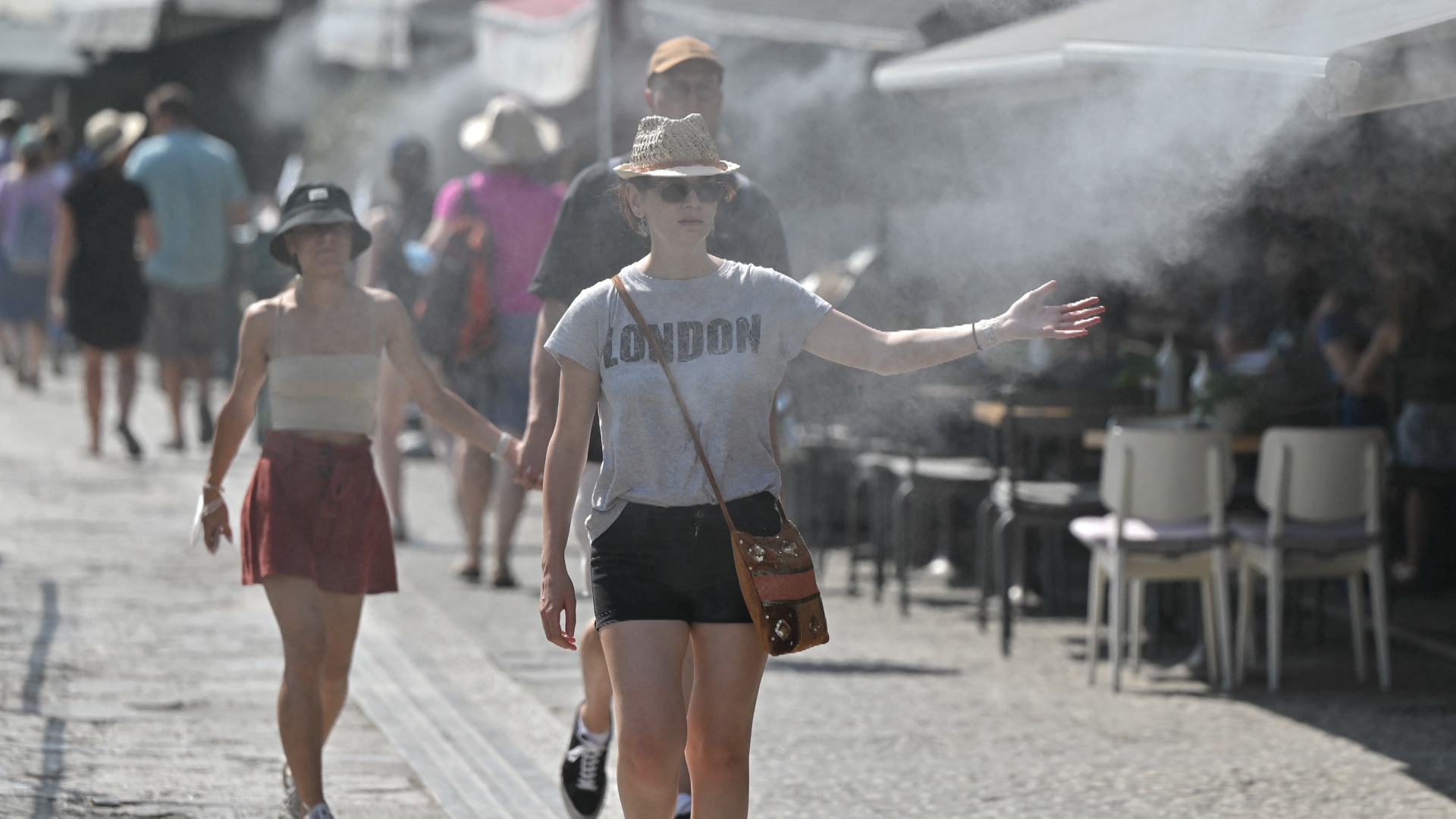 Tourists walk through water misters in Greece, which is in the grips of a heatwave. EU scientists said on Thursday that July was the second hottest month on record in Europe. /AFP

Tourists walk through water misters in Greece, which is in the grips of a heatwave. EU scientists said on Thursday that July was the second hottest month on record in Europe. /AFP

Last month was a scorcher, with unusually hot weather stretching from the northern reaches of Europe to western North America and all the way to Australia.

A new report released Thursday by EU scientists showed it was the world's third-warmest July on record, behind 2019 and 2016, and the second hottest July ever in Europe.

"The only July on record that was warmer than this over Europe occurred in 2010, when western Russia experienced a severe heatwave and the European average temperature was 1.7 degrees Celsius above its 1991-2020 level," the report from the European Union's Copernicus Climate Change Service stated.

The average temperature in Europe for July 2021 was 1.4 degrees Celsius higher than the average between 1991 and 2020, another example in a growing list of climate anomalies and in line with scientists' warnings that extreme weather events will become increasingly frequent as the global temperature rises. 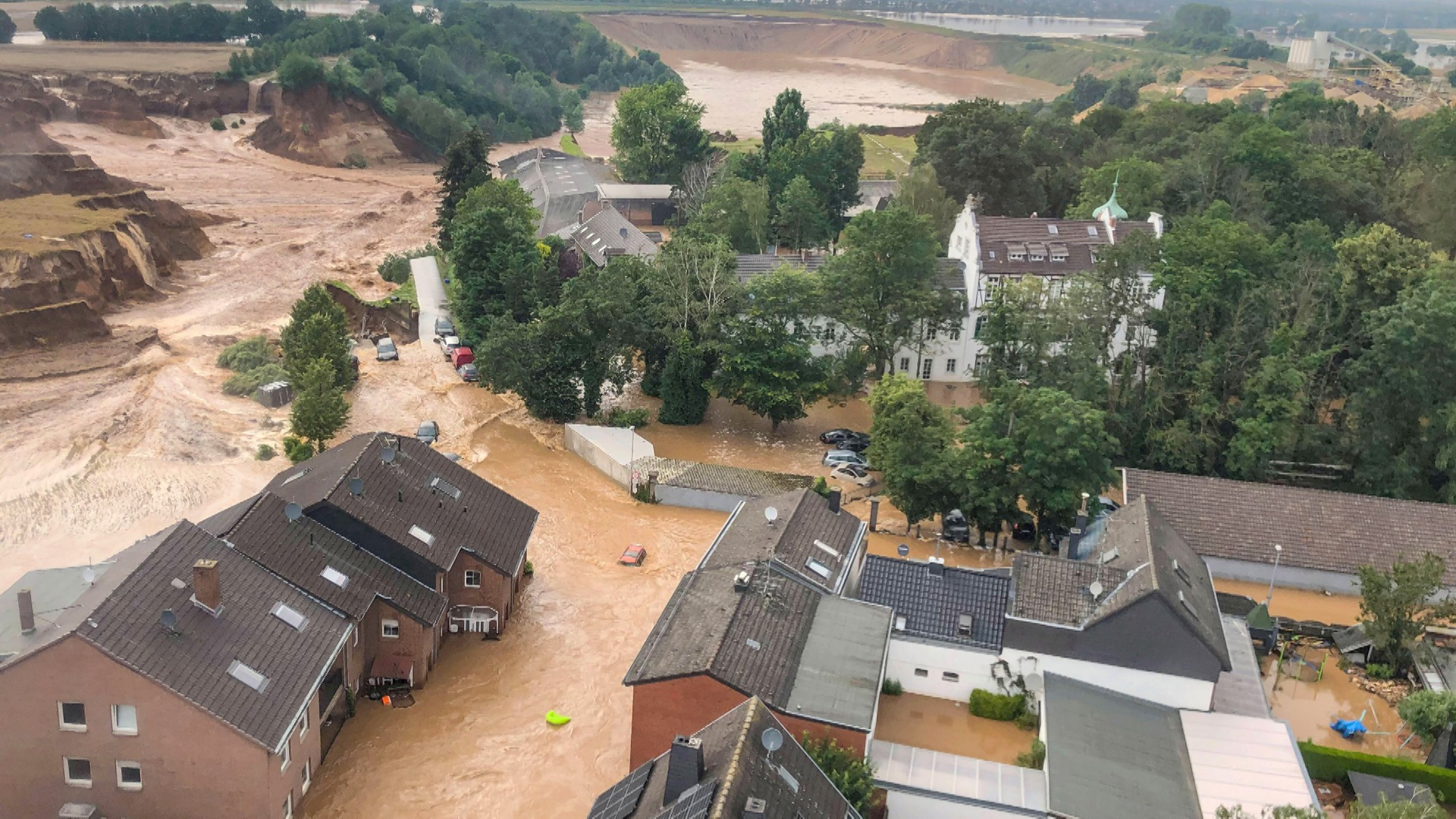 In July, more than 200 people were killed in Germany and Belgium after torrential rainfall caused extreme flooding, sweeping away entire towns. A week later, 302 people died in China's central province of Henan following heavy downpours. And searing heat in the U.S. and Canada not only killed hundreds of people at the end of June but also sparked and fanned wildfires.

Copernicus, whose records date back to 1950, said July is usually the warmest month of the year globally, although "August can sometimes be warmer." For parts of Europe, that is already the case.

Greece is grappling with an 11-day heatwave. The temperature in Athens broke a record on Monday at 46.3 degrees Celsius, or 115.3 degrees Fahrenheit, with little sign of reprieve until Friday.

"We are facing the worst heatwave since 1987," Prime Minister Kyriakos Mitsotakis said, referencing the 10-day temperature surge that left more than 1,000 people dead. He urged vulnerable people to stay indoors but to use as little electricity as possible, as the grid struggles with excessive demand. 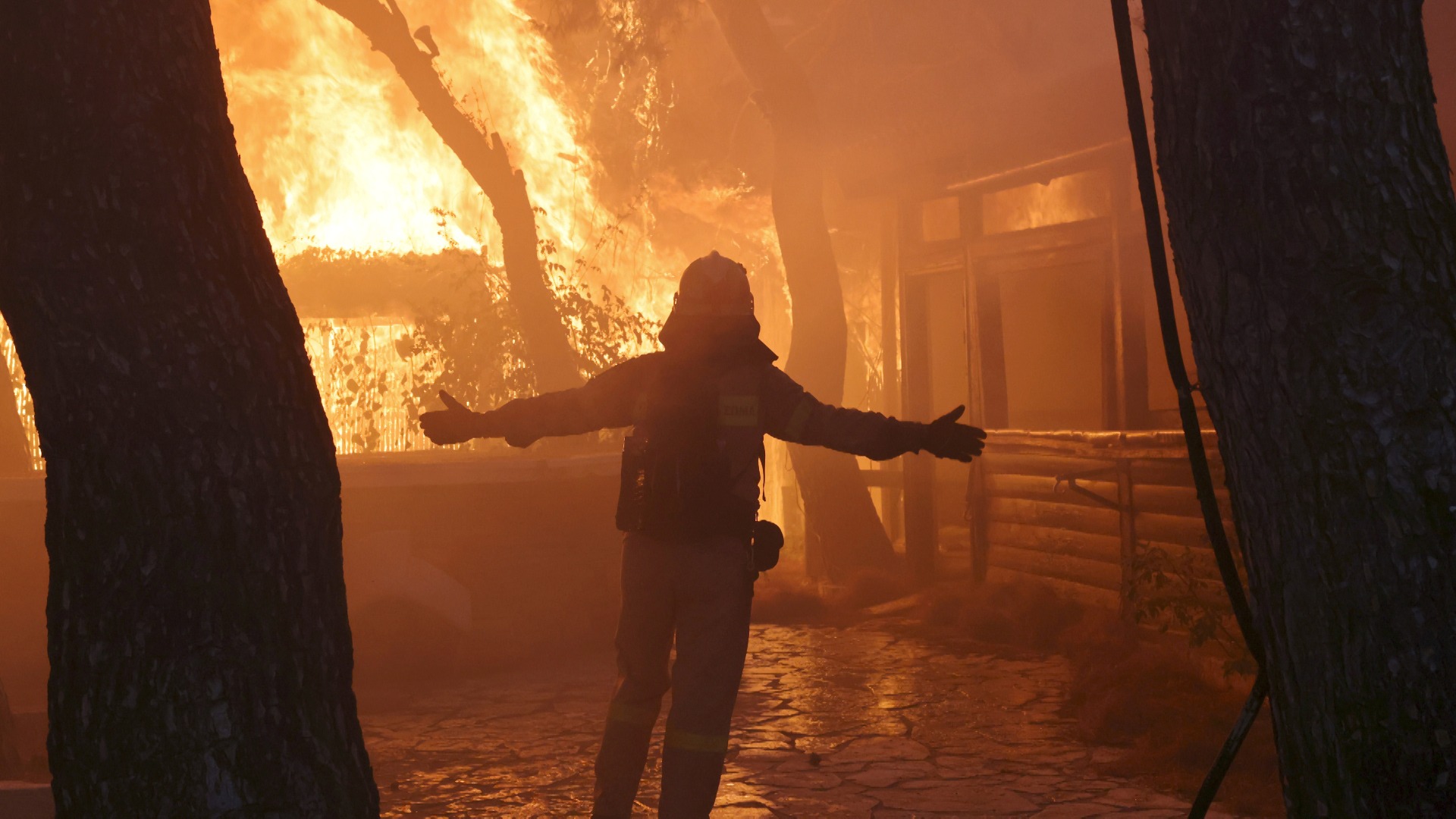 Firefighters work to put out a blaze in Greece. /Reuters

Firefighters work to put out a blaze in Greece. /Reuters

Across other parts of the continent, wildfires are raging. Thousands of people were forced to evacuate their homes in Greece and Turkey as fires burn on the outer rims of cities. EU scientists warned on Wednesday that the Mediterranean has become a "wildfire hotspot" as the "intensity of the wildfires" rapidly increases.

"It is especially important to closely watch these high-intensity fires as the smoke they emit can have impacts on air quality locally and downwind," said Copernicus Senior Scientist and wildfire expert Mark Parrington. 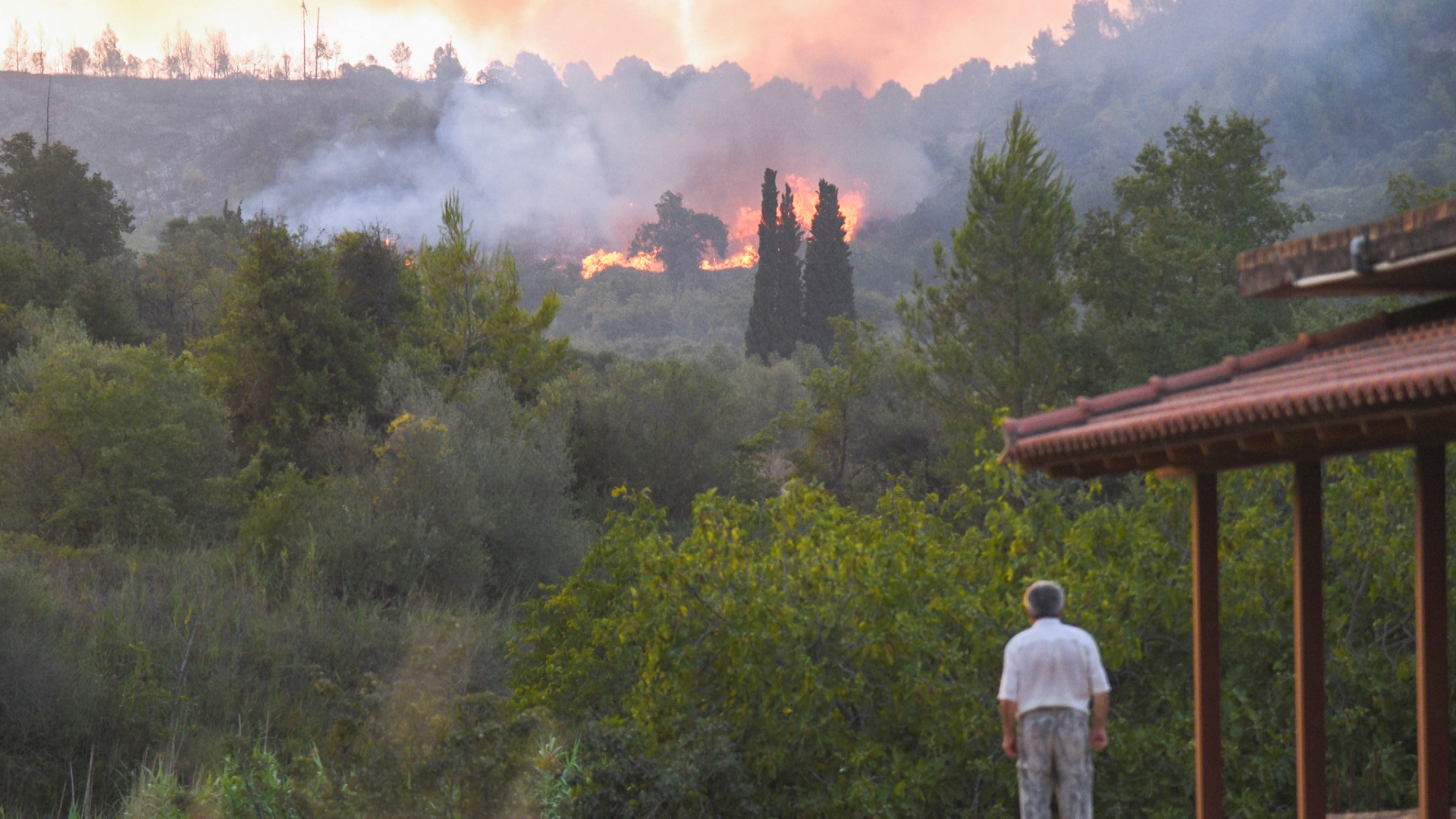 A man in Greece watches as a fire rages close to his house. /Reuters

A man in Greece watches as a fire rages close to his house. /Reuters

Scientists have not specifically linked these extreme weather events with climate change, but the pressure is mounting on politicians to take more decisive and tougher action to halt the rise in global temperatures.

Earlier this year, the EU made its target of reducing greenhouse gas emissions by at least 55 percent by 2030 compared to 1990 levels legally binding. But lawmakers are just now embarking on what could be a years-long fight over how to do that.

As citizens bake and fires burn this summer, global leaders meeting in Glasgow, Scotland in October for COP 26 climate talks will themselves feel the heat – to put forward much more ambitious climate goals.