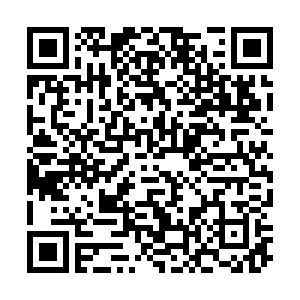 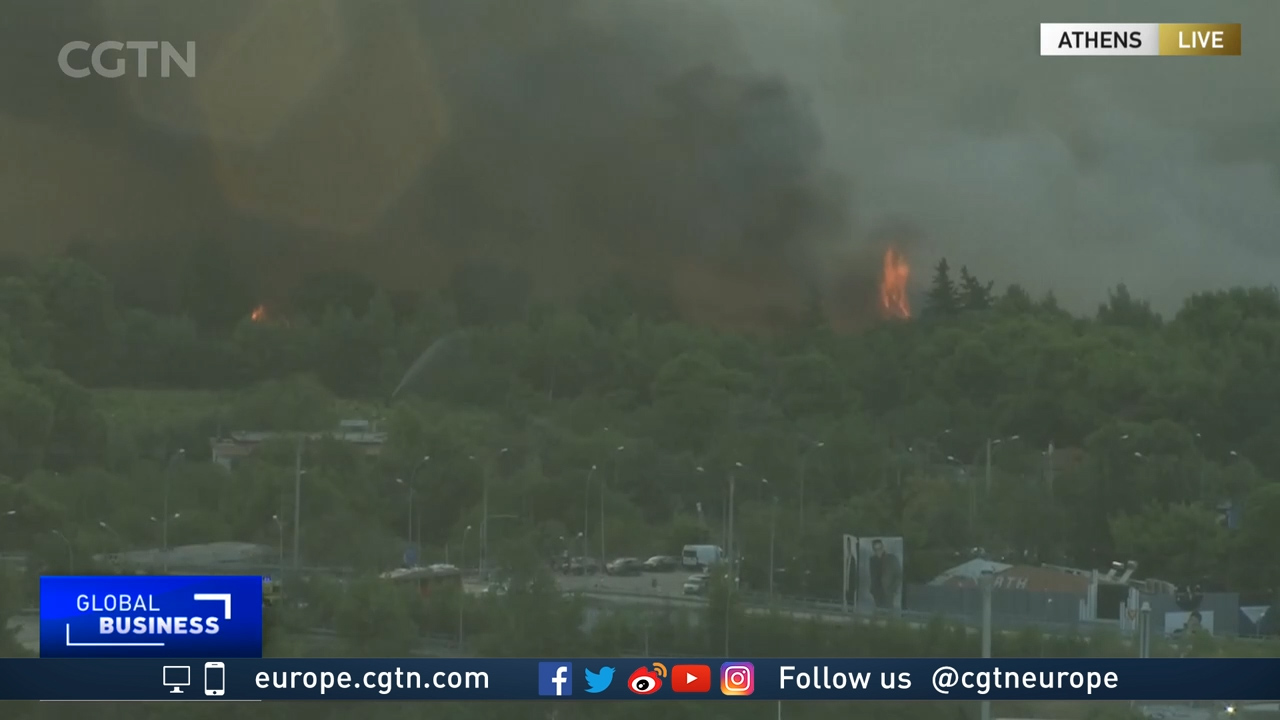 A forest fire broke out on Tuesday cutting a section of the main motorway that links Athens to northern and southern Greece, according to officials.

Warnings were issued to residents by the civil protection service as the blaze spread at the foot of Mount Parnitha, 30 kilometers north of the capital city. The fire service urged people living in the area to evacuate as flames neared buildings. The famous Acropolis is one of several iconic sites that has shut down.

Dozens of children have been evacuated from a holiday camp near the Athens suburb of Varympompi, according to reports from local media. The fire brigade said five helicopters, five water-bombing aircraft, 70 fire trucks and 350 firefighters were battling the flames in the zone, which covers Tatoi, the summer palace of Greece's former royal family, and several monasteries.

In the southern Peloponnese region, 300 kilometers from the capital, three villages were evacuated when a fire started on Tuesday afternoon. On the Aegean island Kos, firefighters also tackled one of about 50 blazes in the past 24 hours.

More than 3,000 hectares of pine and olive trees burned in a fire that broke out near Patras city, 200 kilometers west of Athens.

A fire on the Greek island Rhodes, near the Turkish coast, has been burning since Sunday as the country faces a surge in the number of wildfires. 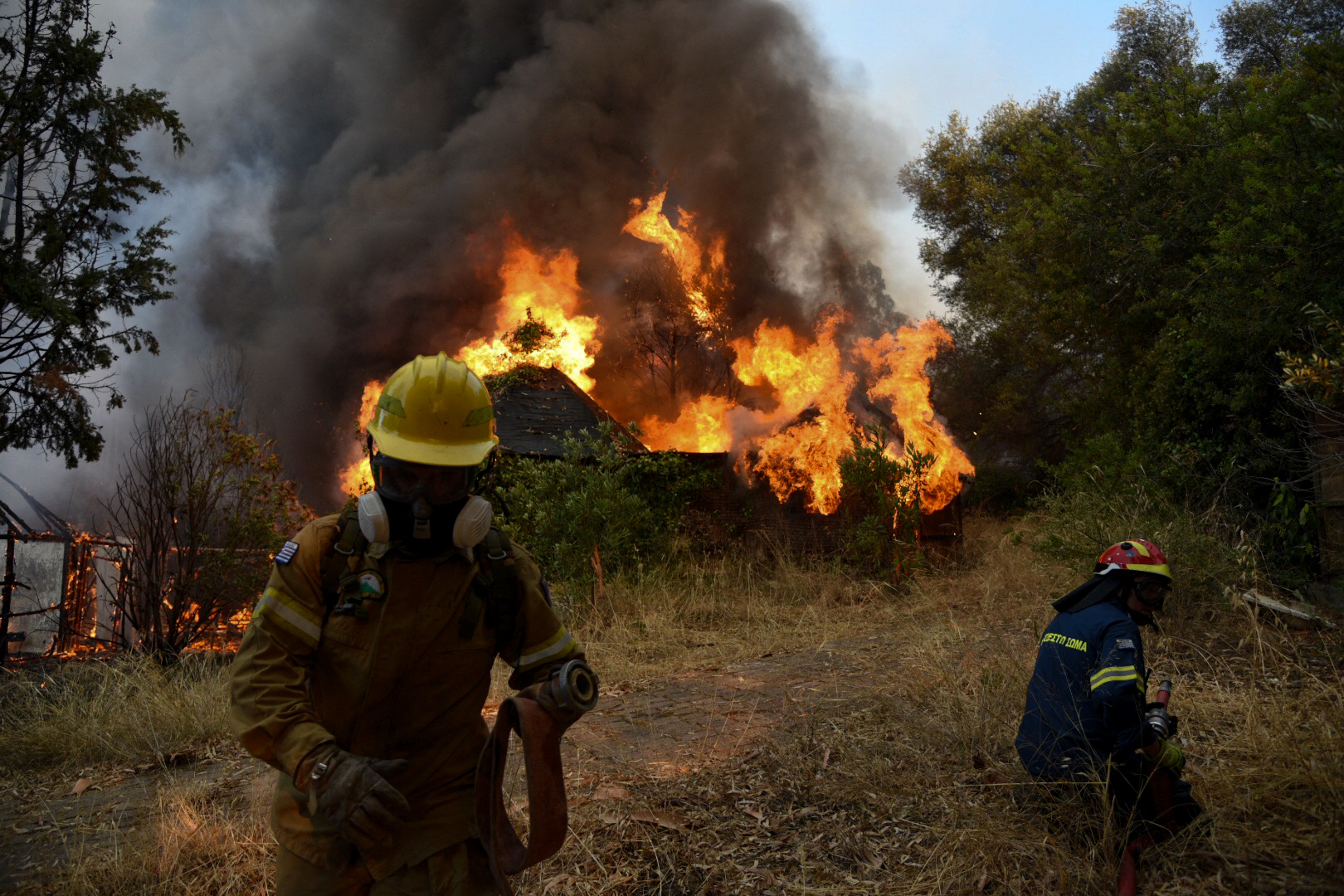 Firefighters work on a wildfire in Labiri, near Patras. /STR/Eurokinissi /AFP

Firefighters work on a wildfire in Labiri, near Patras. /STR/Eurokinissi /AFP

"We are facing the worst heatwave since 1987," said Greece's Prime Minister Kyriakos Mitsotakis, with temperatures of up to 45 degrees Celsius recorded.

With wildfires across Southern Europe, in countries including Italy and Turkey, there is some speculation about how the fires have started, but experts have warned that climate change is increasing both the frequency and intensity of the blazes. 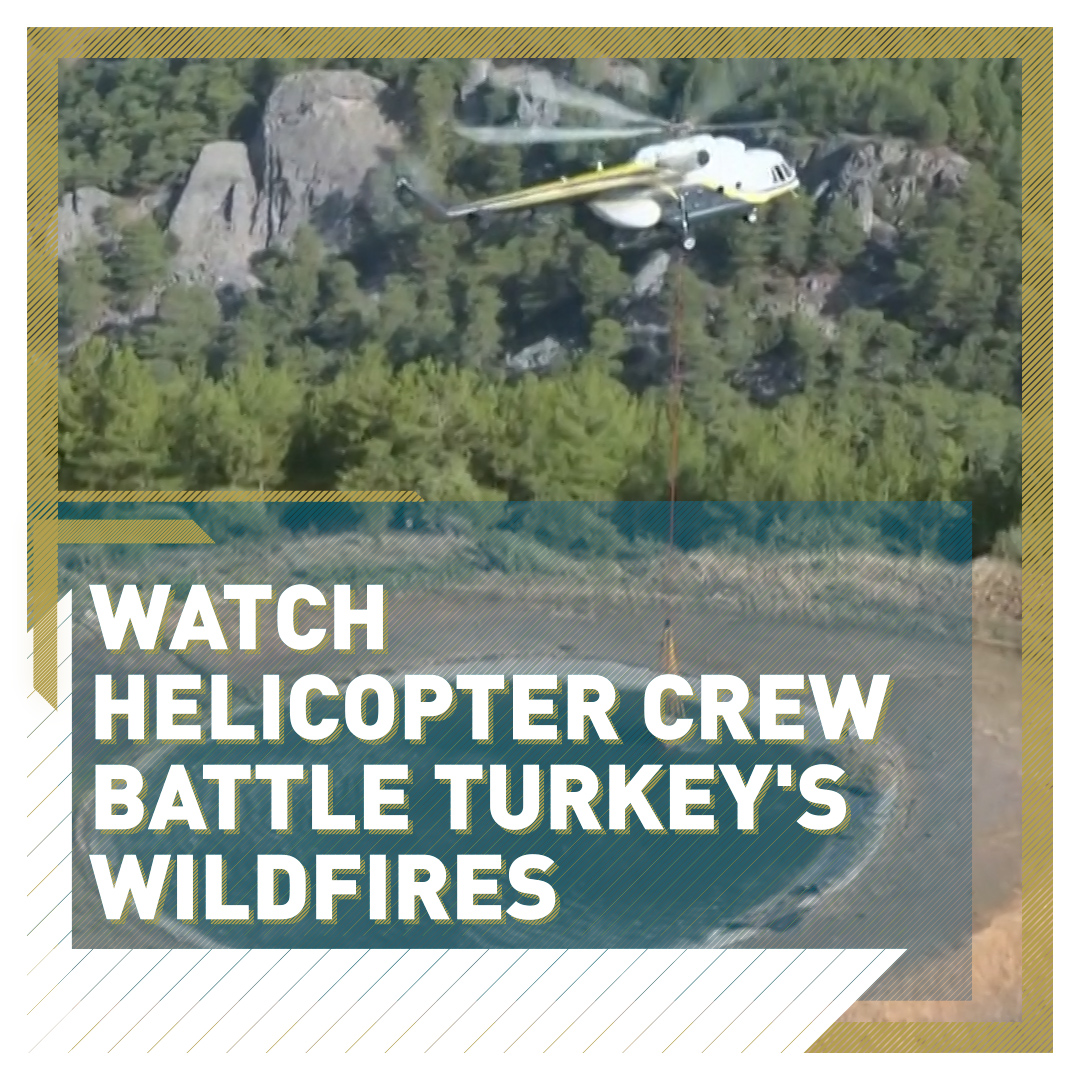 Turkey is currently suffering its worst fires in at least a decade – eight people have lost their lives and hundreds have had to evacuate southern areas popular with tourists. The European Union sent three firefighting planes to Turkey on Monday to help tackle the blazes along its southern coastline.

In Italy, wildfires are also raging in southern and central regions, as flames destroyed a 21-hectare nature reserve near Pescara, a city in the central Abruzzo region. Hundreds of people have been evacuated and at least five have been wounded. More than 30 people have also suffered from smoke inhalation.