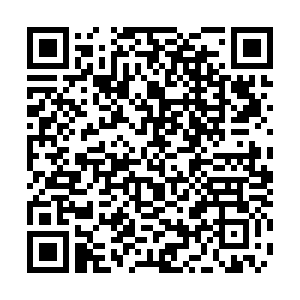 World leaders and experts in child education have met in London for the Global Partnership for Education summit, which aims to raise $5bn over the next five years.

Johnson said the Global Partnership for Education meeting was "completely different, because this is the silver bullet, this is the magic potion, this is the panacea, this is the universal cure, this is the Swiss Army knife complete with key and screwdriver and everything else that can solve virtually every problem that afflicts humanity."

The target of $5bn would give an estimated 175 million more children the chance to go to school in 90 developing countries. Although the fundraising target has not yet been hit, by the end of the two-day summit, $4bn had been pledged, including $600m by the UK.

Speaking ahead of the summit, Johnson, said: "We have a fight on our hands to ensure COVID-19 does not scupper the life chances of millions of children, leaving a lasting legacy of wasted talent."

However, aid groups say the UK has lost its diplomatic clout after cutting its international development budget by more than $5.5bn – and the pandemic has had a devastating impact on children's education, with half the world's children affected by long school closures.

World Health Organization Director-General Tedros Adhanom Ghebreyesus said the pandemic "has magnified inequities for already-marginalized children, especially girls. Some children have been out of school for more than nine months, increasing their risk of dropping out of education completely."

Nobel Peace Prize winner Malala Yousafzai said girls' education was in crisis: "Nearly 130 million girls were out of school before the COVID-19 pandemic, now 20 million more girls are at risk of dropping out because of it."

Countries including Ghana, Malawi, Nigeria and Togo have promised to support girls' education.

Afghanistan's acting education minister, Rangina Hamidi, made an impassioned speech on behalf of her country, which is facing the advance of the Taliban amid a withdrawal of international troops.

"In spite of what is happening in my country today, I'm here to pledge that the government of Afghanistan will commit to the benchmark of 20 percent to the education sector," Hamidi said.

"We will fight for this commitment to our last breath, knowing it may take many years and a long time."

The summit also looked at the future of education after COVID-19 and the need to ensure that children in low-income countries can access digital learning so they won't be left behind in a crisis.

* CGTN Europe's series on efforts to eliminate poverty worldwide - Innovation, Action, Change - will launch in the coming days. Follow us at facebook.com/cgtneurope for updates